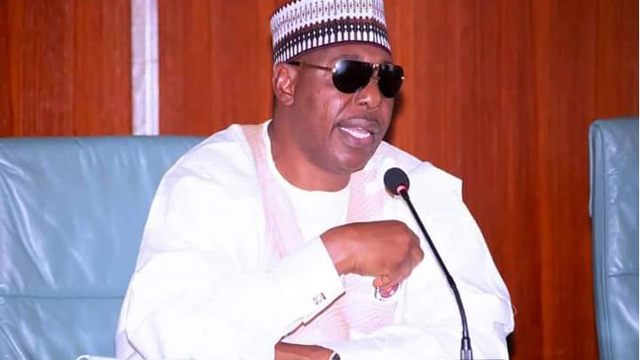 Borno State Governor, Babagana Zulum, is to donate 10 patrol vehicles to the military fight terrorism in the Lake Chad region.

Abadam and Guzamala Councils in the state are ‘no go areas for the return of about 3,500 refugees from Bosso and Diffa in the Niger Republic.

Residents of the local councils fled to Diffa and Bosso over insurgency to take refuge for seven years. Zulum disclosed this while addressing troops of 68 Battalion at Malam Fatori, headquarters of Abadam Local Council.

“The visit is to prepare the liberated Boko Haram stronghold for reconstruction and safe return of refugees from Bosso and Diffa provinces to their ancestral homes in Borno,” stating that the patrol vehicles are to enhance security surveillance on shores of the lake and in the two local councils.

“I’m here to interact with your commanding officer and see how we can clear the areas of terrorists,” he said, noting that this could facilitate the return of refugees into their communities.

He, therefore, urged them to be steadfast in their efforts to clear remnants of the insurgents hibernating around Malam Fatori. The governor assessed infrastructural facilities destroyed by terrorists in the town.

He pledged to reconstruct the destroyed facilities before the end of this year. Before addressing the troops, he had a high-level collaborative meeting with the Nigerien President, Bazoum Mohammed, last Thursday.

According to him, the meeting was over the safe and voluntary evacuation and return of about 3,500 refugees.

He announced that a relocation committee would be constituted next week, to oversee reconstruction works and come up with a relocation plan.

Zulum was in the company of Sen. Abubakar Kyari, representing Borno North Senatorial District and members of the national and state House of Assemblies representing Abadam and Guzamala Councils.