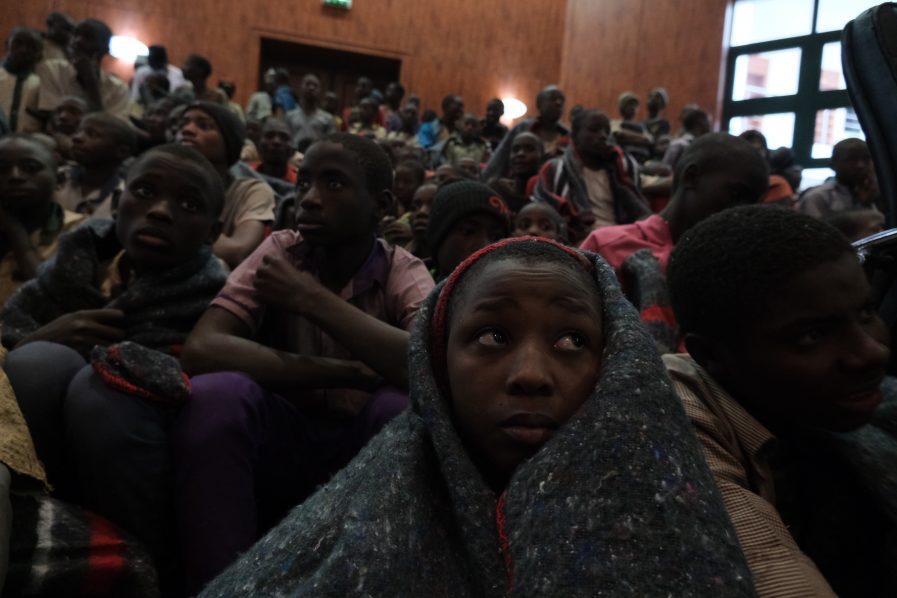 [FILES] A child wraps himself in a blanket while gathering at the Government House with other students from the Government Science Secondary school, in Kankara, in northwestern Katsina State, Nigeria upon their release on December 18, 2020. – More than 300 Nigerian schoolboys were released on Thursday after being abducted in an attack claimed by Boko Haram, officials said, although it was unclear if any more remained with their captors (Photo by Kola SULAIMON / AFP)

However, sources familiar with the negotiation between the top commander of the bandits and the state government, said he was paid millions of naira as compensation for some of his gang members killed by security operatives.

In a phone conversation with The Guardian, the Senior Special Adviser, Public Enlightenment, Media and Communications to Zamfara State governor, Zailani Bappa, said no money was paid to the bandits to release the boys.

“If anybody gave them money, maybe it was from another state. The boys were released to Zamfara State government, and the discussion we had was that of understanding. For one and a half years, we have been getting people released without any ransom, and this is what we have continued to do with the bandits. We are not aware of any ransom, we are not aware of any money given out…”

He said Daudawa’s arrest had vindicated Matawalle over allegations that he was harbouring bandits.