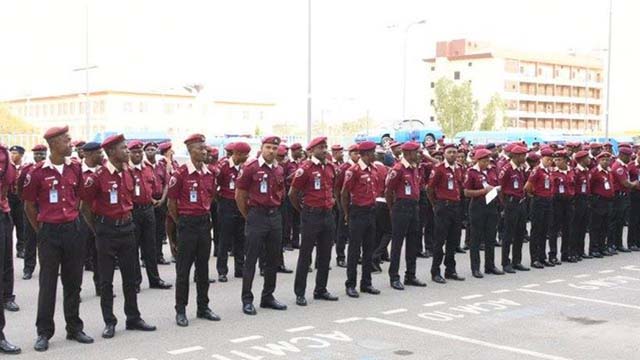 The Federal Road Safety Corps (FRSC) said on Tuesday that it has deployed 664 personnel for the special Yuletide operation code-named “Operation Zero Tolerance” in Enugu State.

The FRSC Sector Commander for Enugu State, Mr Joseph Toby, said this in Enugu during an interview with the News Agency of Nigeria (NAN).

Toby said that the 664 personnel are made up of 464 Regular Marshals and 200 Special Marshals.

He said that the corps had deployed 14 vehicles, which included: 12 patrol vans, two tow trucks, including one heavy-duty truck and two motorbikes.

The Sector Commander said the personnel would cover 12 critical road corridors and 29 traffic control points within the state.

According to him, we also have 19 accident-prone areas to be covered on a daily basis, adding that the corps had fully deployed its men at these areas.

“This Operation Zero Tolerance will be carried out in the 12 routes within the FRSC State Command and its five Unit Commands.

“The operation is meant to last for a month, starting from Dec. 17, and will be rounded off on Dec. 15.

“Our target is to ensure less traffic gridlock, facilitate free movement of vehicles, reduce crashes and ensure our people get to their destination on time.

“In the course of the operation, we will be having mobile courts to dispense justice on the road; but the court will not inhibit the free flow of traffic on the routes,” he said.

The Sector Commander urged motorists to drive observe speed limits and be patient and tolerant of road users.

“Travelers should plan their travel on time. They should set out early to arrive at their destinations on time without rush or speeding,” he said.

Toby said that the FRSC would collaborate with relevant agencies and stakeholders to ensure an accident-free Yuletide.