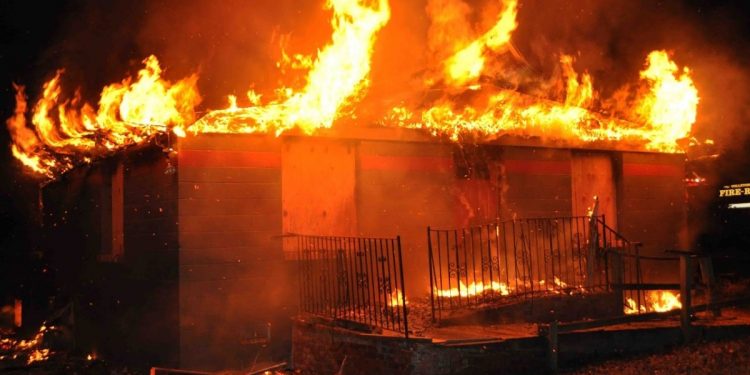 Angry youths of Oleri community have reportedly burnt about 27 houses in the neighbouring Obubu town over boundary dispute between two communities in Udu Local Government Area of Delta State.

According to sources, the age-long dispute between the two communities re-surfaced on 15 June 2021, when a real estate developer from Obubu community allegedly trespassed on the land belonging to Oleri people.

Following this development, some youths, allegedly aided by Oleri elders stormed the land for development, destroyed the equipment in Obubu, and burnt their houses.

The Guardian learnt that Obubu people upon seeing the actions of the Oleris scampered to safety, to seek refuge in neighbouring communities.

Although no death was recorded, several persons from the two communities reportedly sustained varying degrees of injuries.

councillor of Obubu ward, Hon. Oputu Awhotu, confirmed all 27 houses burnt are in Obubu community, adding the community was still under threat of attack in a conversation with The Nation.

He said a visit to the land showed it is a portion that has never been in dispute between the communities.

He explained though both communities have had boundary disputes, some of them were “settled out of court and others in favour of Obubu community”.

The place they took the bulldozer to has never been in dispute between Obubu and Oleri communities. So these guys attacked Obubu and said the machine must not work.

“Nobody in Obubu had dispute with Oleri community, so they just attacked, shooting anyhow and burning houses. Either 27 or 28 houses were burnt.

“The current situation is that we are still facing threats of their attack. The council called both communities over the matter, they came for inspection too.”