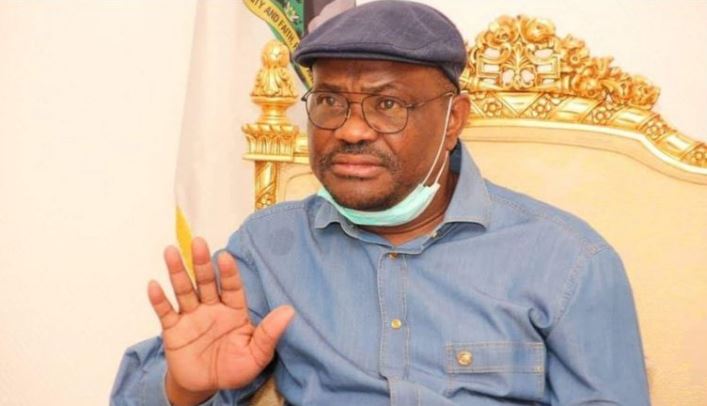 Gov Nyesom Wike has finally taken a political stand that may reveal his romance with the North. The governor said in Port Harcourt that he would support a northern ticket in 2023 if it’s the only way the opposition Peoples Democratic Party (PDP) will win the presidential election.

The governor who stood behind Goodluck Jonathan in 2015 has ruled out the possibility of him supporting any All Progressives Congress (APC)presidential candidate even if the person is of Rivers State or Southern Nigerian extraction.

The Rivers State governor explained that the reason why the PDP has not taken a final decision on whether its presidential candidate for the 2023 general election should be from the North or South of the country is because stakeholders are still strategizing the best options that would guarantee the party’s victory in the polls.

He stated that PDP is keen to take over the realm of power in 2023 and is not in a hurry to give the ruling APC a glimpse of its strategy to wrest power from it in the next general election.

“I am from Southern part of Nigeria. I will be happy if power returns to the South, but if PDP will win the 2023 presidential election by zoning the presidential ticket to the North, I will not be opposed to it”.

Speculations are rife that Wike is hobnobbing with the north to be a running mate in 2023.

The governor while reacting to question on whether he will support former President Goodluck Jonathan if the APC picks him as its presidential candidate, declared that it was not in his nature to engage in anti-party activity.

“If President Jonathan is given the All Progressives Congress presidential ticket, he knows that I will not support him. I will not engage in anti-party. Even if he is from the South, I will not endorse him. What is paramount is my party’s interest.”

The governor declared nothing will make him defect from the PDP to the APC which he described as cancerous political party that is devoid of any solution to the prevailing security and economic challenges facing the Nigerian State. According to him, the APC has ruined the Nigerian economy and only PDP can pull Nigeria out of the brink of socio- economic collapse.

Gov Wike revealed that the decision concerning his political future will be taken by July 2022 when he must have completed all the projects started by his administration.

On the relationship with the Minister of Transportation, Chibuike Amaechi, the governor said God had used him to enthrone the minister as governor of Rivers State in 2007.

“God used me to make Amaechi Governor of Rivers State. There is even a video where he confessed during a church thanksgiving that after God, I was the person that made him governor.”

The governor said he has never personally accused his predecessor of corruption, instead a judicial commission of inquiry in the State had indicted the minister of misappropriation of the $308 Million realised from the sales of the Rivers State assets.

He also explained that the judicial commission also indicted the Amaechi’s administration for wasting N54 Billion on the abandoned 1.4 kilometer monorail project. According to him, the minister had challenged his indictment in both Federal High Court and Court of Appeal, and lost the case.

Gov Wike said he has conscientiously made effort that developmental projects are equitably distributed in all the 23 Local Government Areas of the State. Furthermore, he said his administration in its urban renewal drive is gradually restoring Port Harcourt to his Garden City status.