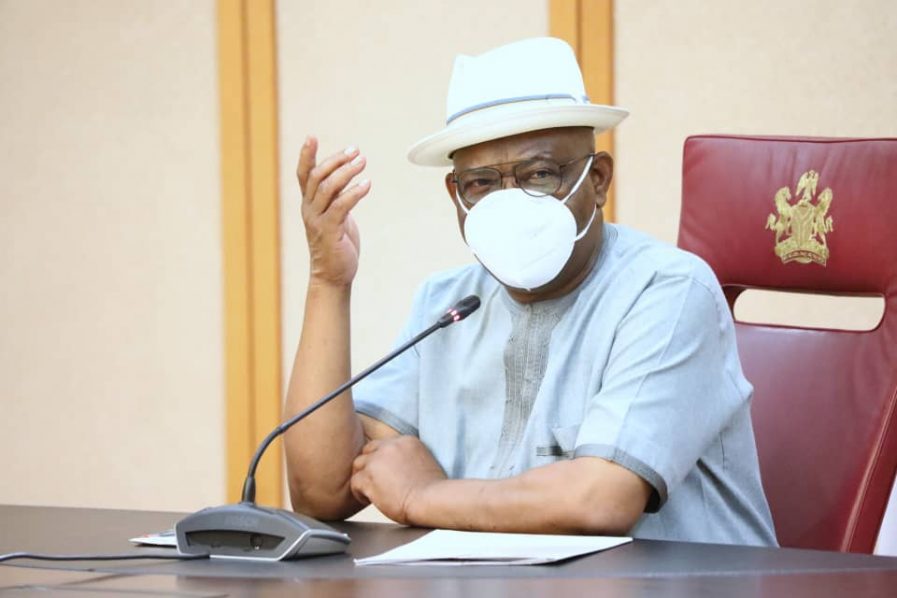 Rivers State Governor, Nyesom Wike, has accused the Central Bank of Nigeria (CBN) of playing politics with agricultural loans under its ANCHOR Borrowers’ Programme, lamenting that everything has been politicised in the country.

Wike stated this yesterday, when the Minister of State for Agriculture and Rural Development, Mustapha Baba Shehuri, visited him at Government House, Port Harcourt.

He said, instead of implementing policies to achieve food security and create jobs for the youths, the apex bank had politicised agricultural loans and even ventures in agriculture.

“Rivers State is one of the states that the CBN does not give loans for agriculture. I don’t know why the CBN governor hates us so much. We have been hearing of ANCHOR Borrower Scheme, but when it concerns Rivers State, we hear a lot of discouraging things,” he said.

Governor Wike said in an ideal situation devoid of politics, the CBN should partner with the Rivers State Government to achieve the objectives of setting up the state-owned cassava processing plant.

“Please tell the CBN Governor to remember us too, that we are part of Nigeria. When we applied for the loan, they said it was N5 billion and we have applied for over one year now.

Wike argued that the CBN was supposed to buy into the cassava processing plant as part of its support for the state government on the initiative, but nothing had happened.

He said even without the CBN’s loans, his administration was revolutionising cassava processing to create jobs for the youths and patronise farmers in the state.

“To take the country out of its predicament, agriculture is crucial. If we are sincere that agriculture will employ youths and achieve food security, we must do it in such a way that we really mean what we say,” he stressed.

Responding, Shehuri said he visited the state to inspect ongoing and completed projects that would boost rural agricultural activities under the ministry.

He said the Federal Government would support farmers in Rivers State with new technology that would address low yields, improved varieties of cassava, and chemicals for treatment of seeds and crop protection.