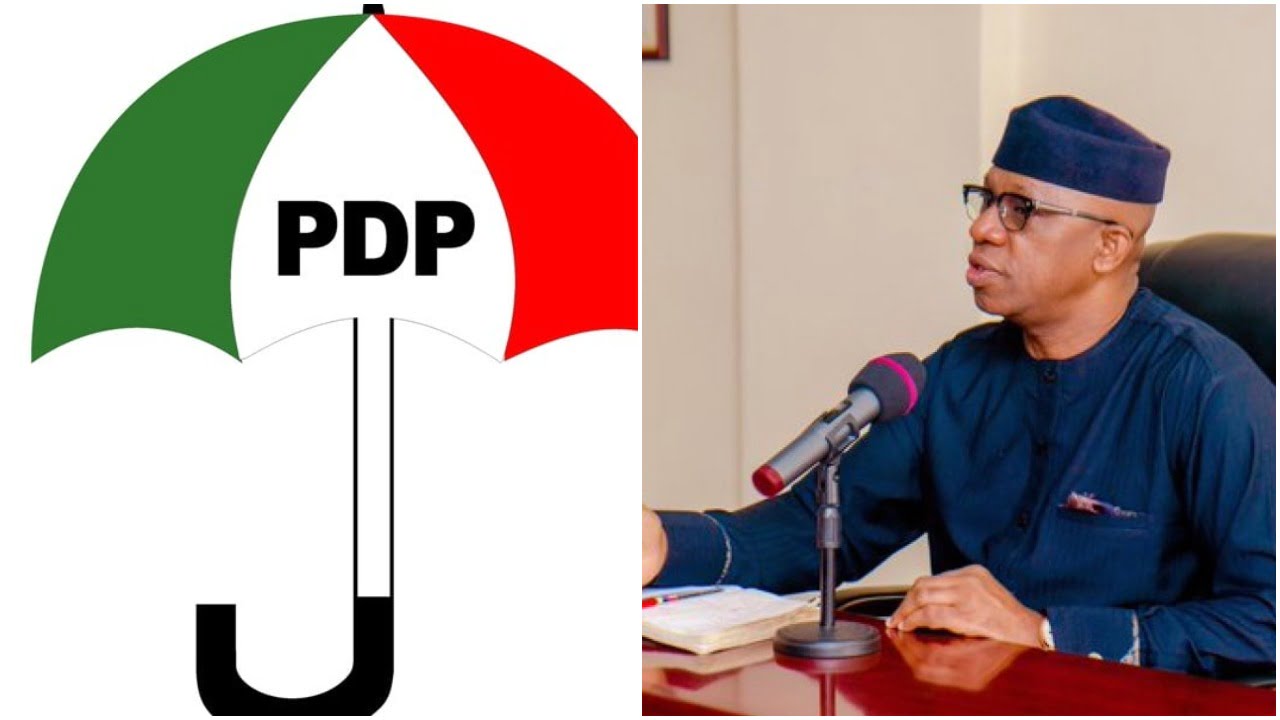 The Peoples Democratic Party (PDP) has made known its determination to rescue Ogun State from what it called the “inept claws” of Governor Dapo Abiodun’s ruling All Progressives Congress (APC).

The party said it is also ready to reposition the state for an all encompassing socio-economic prosperity.

This, a leader of the party, Hon. Ladi Adebutu, described as historical tasks that must be achieved through reactivating compassionate partnership with the people of Ogun.

DAILY POST reports that Adebutu had spoken at the party’s State Executive Meeting held in Abeokuta, the state capital.

PDP spokesperson in Ogun, Akinloye Bankole, told DAILY POST on Saturday that the party, at the meeting presided over by the State Chairman, Sikirulai Ogundele, appreciated the sterling leadership qualities of Adebutu and his relentless support for all party activities and programs, both in Ogun State and in Nigeria.

Bankole said the former lawmaker was at the meeting announced officially as a member of the State Exco of the party in an Ex-Officio capacity.

Speaking, Adebutu had assured of his relentless support for the party in scaling all hurdles that could affect the electoral fortunes of the party in the future.

He was said to have also urged members to co-habit as an indivisible entity, operating in harmony under the leadership of Ogundele.

“Hon. Ladi Adebutu also charged members that the tasks of rescuing Ogun state from the inept claws of the ruling APC government and repositioning of the state for all encompassing socio-economic prosperity are historical tasks that must be achieved by reactivating compassionate partnership with the people of Ogun State,” it was said.

Adebutu had earlier accused the Abiodun government of diverting about N64billion belonging to the 20 local governments in 21 months.

He suggested that local government elections in Nigeria should be conducted by the Independent National Electoral Commission, instead of the states.

Setback in APC as Mimi Orubib, thousands others dump party for PDP