We are brothers – Oshiomhole makes peace with Gov Obaseki 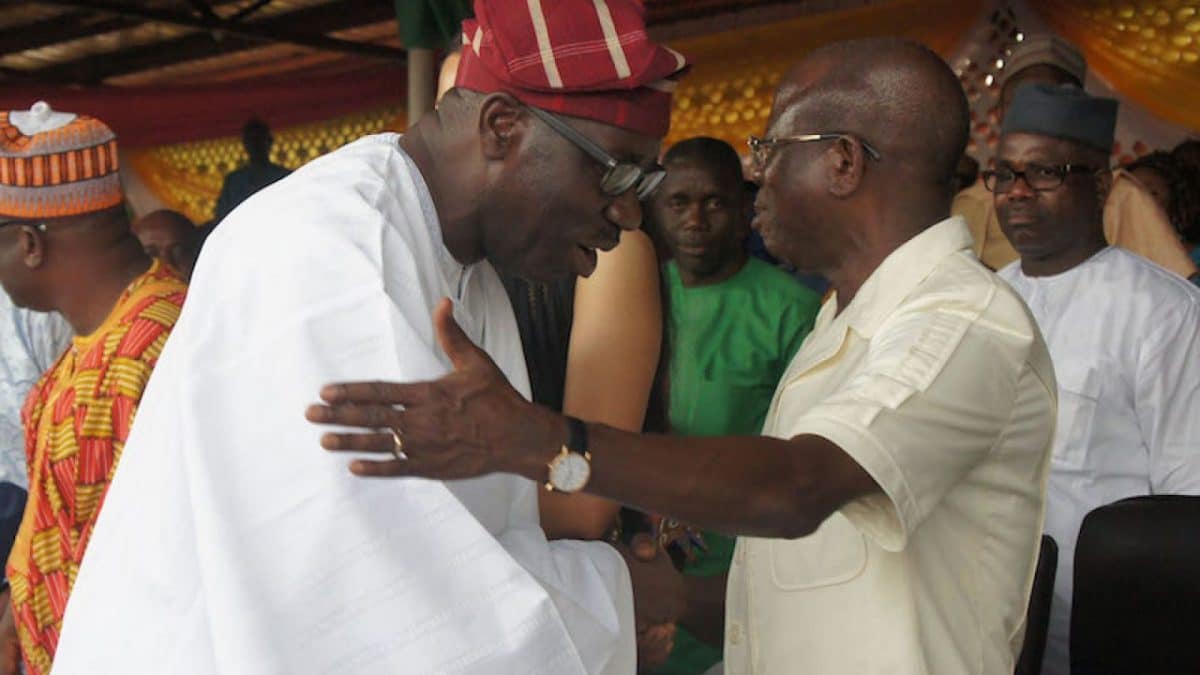 Former Governor of Edo State, Adams Oshiomhole, has made peace with the incumbent, Godwin Obaseki, describing him as his brother and friend.

Both men met in Auchi, Edo State, at the Centenary Birthday Thanksgiving of Msgr. Thomas Oleghe and 18th Canonical Erection Anniversary of the Diocese of Auchi.

KAPECOM sets up monitoring committee to checkmate politicians during campaign

Oshiomhole and Obaseki exchanged greetings with an elbow-bump in compliance with COVID-19 protocols.

On his part, Oshiomhole, who was a guest at the event, hailed his successor, describing him as “his brother and friend”.

Oshiomhole said, “Once the governor speaks, the matter ends. The governor knows that pensioners here might not be able to do much, that is why he said every other thing required to complete the hostel of the Catholic School of Nursing and Midwifery in Uzairue, his government will do.”