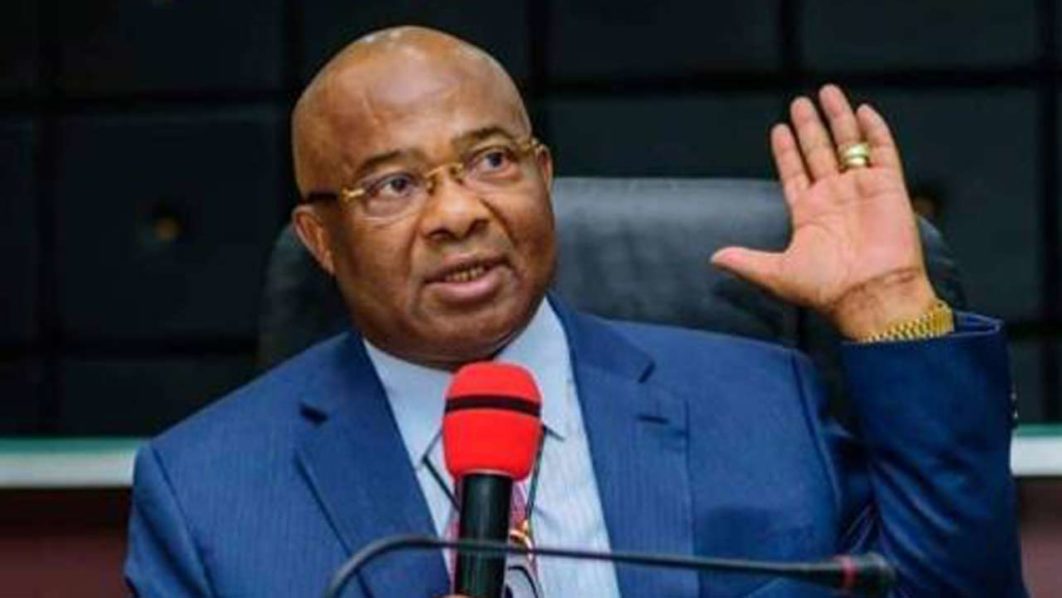 Gov. Hope Uzodimma of Imo has commended workers in the state for their understanding and patience in the face of security and other challenges.

Uzodimma gave the commendation during a live broadcast on the occassion of the Workers’ Day in Owerri on Saturday.

“On this auspicious occasion of May Day celebration I salute workers all over the country, particularly Imo workers, for their understanding in the face of the Coronavirus which threatened the welfare of workers.

” I say thank you for your patience, your cooperation and patriotism in the face of the numerous challenges that assailed us on assumption of office,” he said.

The governor, however, noted that his administration had succeeded in improving the welfare of the workers by providing a conducive working environment and lifting their transportion burden.

He said that the government had successfully digitalised the fiscal operations in the state, effectively reducing corruption in the public sector.

According to him, the payroll system had become automated, resulting in the prompt payment of workers and pensioners.

Uzodimma, however, said that all issues of unpaid employees would be resolved soon while assuring them of the immediate payment of their arrears immediately after.

He thanked the labour unions for their understanding during the automation process and the workers for their “solidarity and maturity.”

“As we celebrate this year’s May day, I want to assure the workers of Imo that your welfare will always remain my number one priority.

“Fortunately for us, during the trying times of the automation process, the organised labour stood firmly behind us. This is the time to appreciate you the workers for your solidarity and maturity. Thank you very much indeed.

“I assure you of my commitment to whatever is necessary to make the organised labour leadership more effective and efficient.

“In this respect, all outstanding check-off dues for the different unions will be cleared in the next few weeks.

” In like manner, I will not relent in ensuring that Imo workers get the best available training and retraining opportunities and the best working condition,” he said.

Uzodimma said that the digitalisation of the fiscal operations of the state had greatly reduced corruption in the public sector adding that behind the revolutionary automation exercise was a data centre that was ranked the best in the country.

The governor noted that after addressing the payroll system, he has stated tackling the issue of welfare of workers.

He said that apart from ensuring that he secured a conducive working environment for them through rehabilitation of the state secretariat and provision of critical infrastructure, he had ensured that official vehicles were provided for Permanent Secretaries to ease their transportation problems.

“I followed it up by providing free buses for junior civil servants. These have been running religiously,” he said.

The governor said that his administration
had been responsive to the yearnings of the people by resuscitating critical infrastructure including roads.

He added that not less than 30,000 youths have been trained in various skills and would soon be given resources to start up businesses.

“I am not a man who makes excuses, I have come to work for the people, no matter the circumstances and no amount of distraction can derail me from my mission.

“All I ask is for an enabling environment of peace so that Imo people can get the very best we can offer.

“For us to see those better days, we must refrain from acts that would impede development and progress.

“Let us say no to banditry and anarchy. Both are ill winds that blow no one any good,” he said.