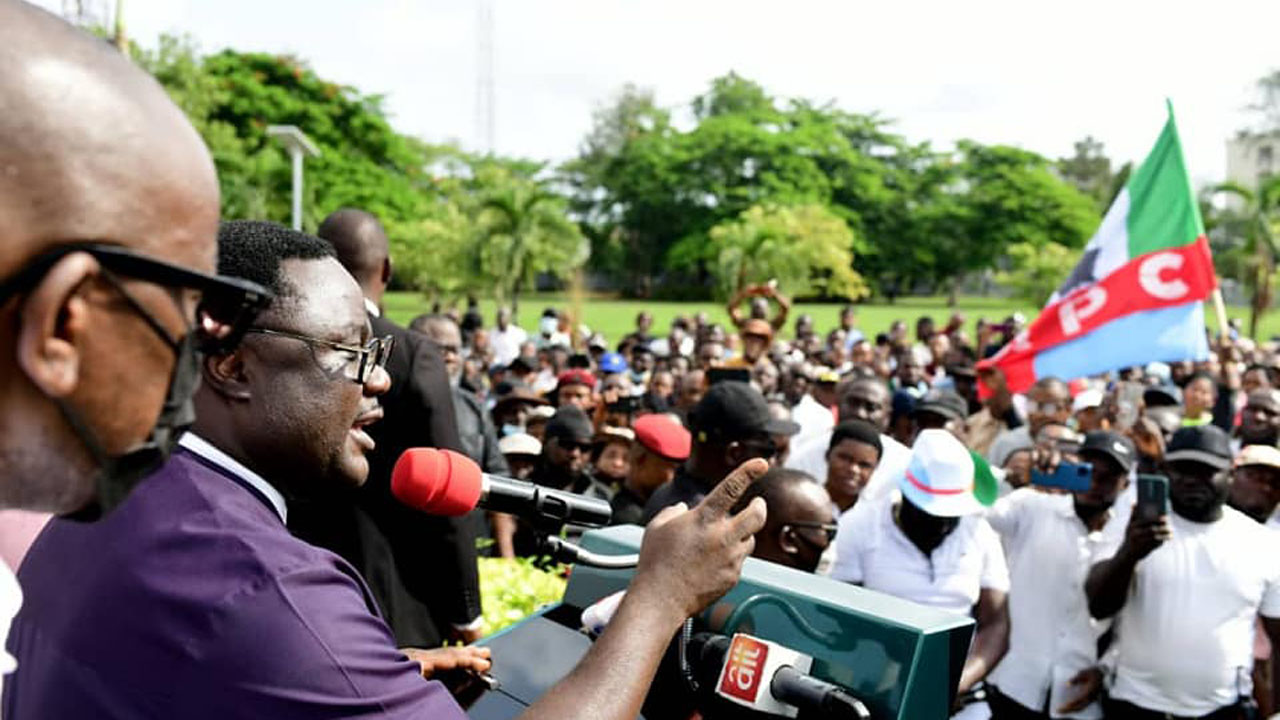 He was taken away by his abductors about 11:55 a.m. at the Cocoa Farm of the Cross River Broadcasting Corporation (CRBC).

Ofuka was to have commenced distribution of cocoa seedling to farmers in the Cross River South Senatorial District, alongside the Deputy Governor, Prof. Ivara Esu before he was kidnapped, prompting the suspension of the programme.

The unknown gunmen threatened to shoot a senior correspondent at the corporation, Sunny Inah, who tried to resist them, while the General Manager, Maurice Inok, Esther Ofem and some journalists, who were present, expressed shock at the incident.

State Commissioner of Police (CP), Sikiru Akande, told The Guardian that he promptly mobolised officers to the scene of the incident, adding that investigation and manhunt for the assailants have commenced.

MEANWHILE, stakeholders at the Zakat and Sadaqat Foundation Distribution Ceremony, including an Islamic Cleric, Al-Amin Alao, yesterday, attributed insecurity in the country to poverty and bad governance.

Alao made the remark during the 2021 Zakat Distribution Ceremony in Benin City, Edo State, saying the Zakat initiative showed that the government was interested in the welfare of its adherents and that insecurity had become intractable because of poverty and bad governance.

Also speaking, Executive Director, Zakat and Sadaqat Foundation, Sulaiman Olagunju, stressed the need for payment of Zakat, insisting that it was an important pillar of Islam and without it, practicing the faith would be incomplete.

Olagunju, who was represented by the Head of IT Department of the foundation, Mutiu Shittu, noted that the non-payment of Zakat was why the rich were facing some challenges that their wealth would have resolved, adding that Zakat could ensure peace in every society if upheld.

Administrative Officer of the Foundation, Abdul Rasheed Jatto, explained that over N2.8m had so far been distributed to about 48 beneficiaries this year for economic empowerment, provision of start-up packs, medical support and debt reliefs, among others.

He appealed to wealthy Muslims to pay their Zakat, as this would reduce the challenges facing the less-privileged members of society.

On his part, Head, Monitoring and Evaluation, Misbaudeen Ismail, said the foundation has so far distributed Zakat in Abia, Ebonyi, Enugu, Rivers, Akwa Ibom, Delta and Edo states, as well as Ekiti and Kwara states.

A lecturer at the University of Benin, Prof. Latest Adeyemo, who lamented rising insecurity across the country, argued that the huge disparity in incomes and economic fortunes with public policies mostly favouring the elites was also a major drawback.