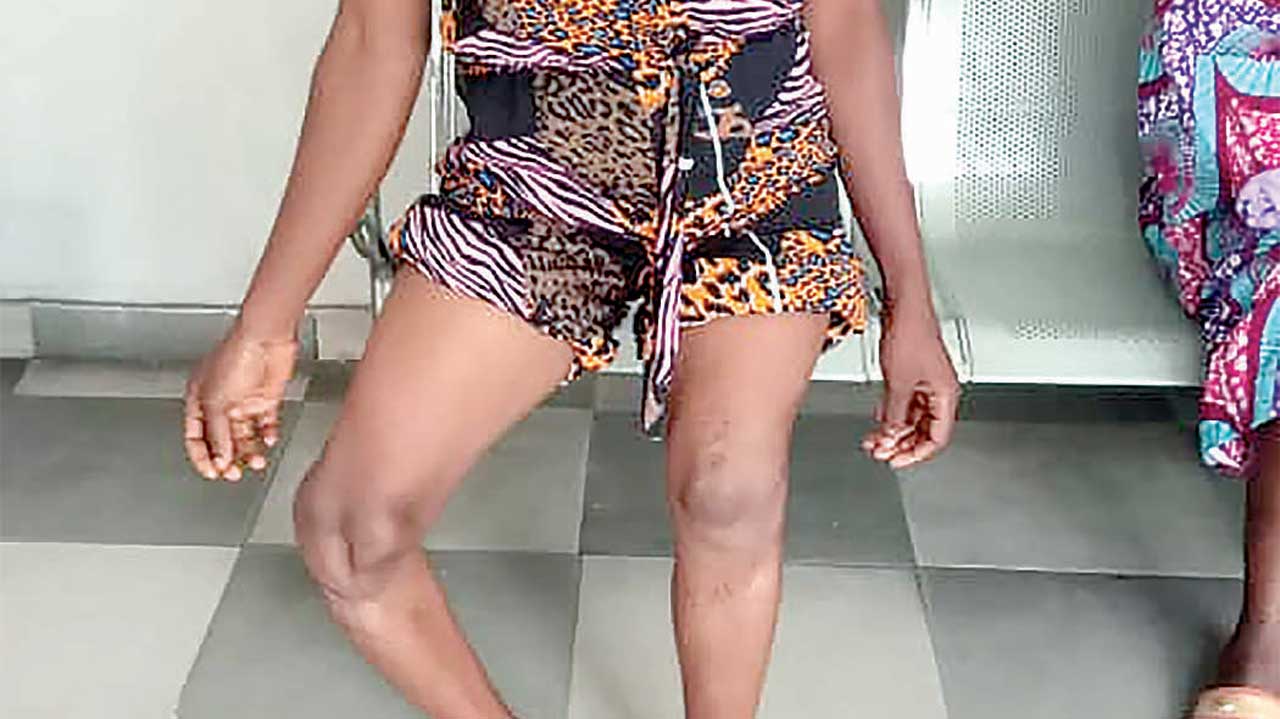 The then 20-year-old fresh graduate of Kwara State Polytechnic, Miss Zainab Idris, who came to The Guardian in February 2019 to seek financial support for a corrective surgery on her two legs, has returned to appreciate Nigerians who bailed her out.

Her medical report, signed by Dr Izuagba E.B of the National Orthopaedic Hospital, Igbobi, Lagos, had said she needed N925,000 for the operation.

Zainab’s mother, Mrs Adenike Idris, who accompanied her to Rutam House, head office of The Guardian newspaper, said the travail began when Zainab was 11 days old.

Returning to The Guardian with her mother to show gratitude to Nigerians for the support, Zainab, who still uses walking stick as recommended by the doctor, said the operation was done in December 2019.

“After The Guardian publication, we got donations of over N1 million. Before we came here (Rutam House), the bill the hospital gave to us was N925,000, but when we went back to the hospital the bill had increased and we needed to pay N1.5 million for the operation. Nigerians donated and we did the surgery.

“I went through severe pains during the surgery and I almost didn’t want to complete it. When the right leg was operated on, I told the doctor that I wasn’t returning to the hospital for the left leg because of the pains, but I had to return to the hospital after my mother persuaded me.

“I stayed at home for almost a year after the surgery, before I started walking; I was using a wheelchair to move around and I had to do another surgery for the iron to be removed. I feel better now, but I still go to the hospital for checks. I have resumed my make-up art job fully; people now invite me for home services. I will be resuming for my Higher National Diploma (HND) next month.”

Appreciating Nigerians for their kindness, Zainab said: “I really appreciate Nigerians because I didn’t expect I will be able to get that amount. A lot of people donated and there is one man (Mr. Madu Hilary Kelechi) who sent me N750,000. I have tried to thank him but he has not been picking his phone. I am also grateful to my mother who stood by me.”

When The Guardian contacted Mr Madu Hilary Kelechi, he turned out to be the Deputy Commandant-General (DCG) of the Nigeria Security and Civil Defence Corps (NSCDC), National Headquarters, Abuja.

He told The Guardian: “I didn’t pick her call after I sent the money because I checked her status and I saw pictures of someone with eyelashes and make-up, and I thought she’s not real. I thought it was a fraud. Not until your call, I never knew she’s a make-up artist. I did everything for God. Thank you.”