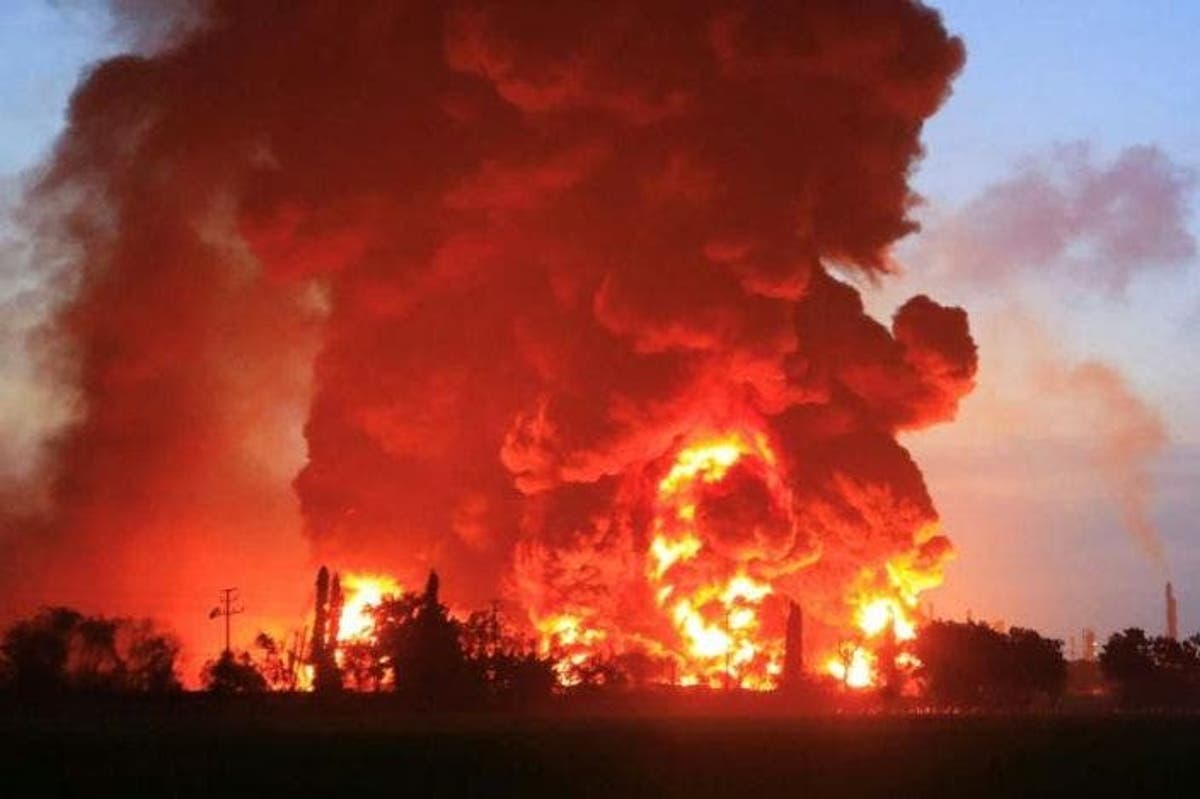 Two persons were yesterday killed and a police officer injured, when a vehicle conveying gallons of Premium Motor Spirit, (Petrol) burst into flames in Rivers State.

The occupants were travelling at the time of the incident from Port Harcourt to Ahoada in Ahoada East Local Government Area of the state.

The Guardian gathered that the vehicle, loaded with illegal petroleum products, collided with an oncoming car, which resulted in the fire.

Eyewitnesses said two occupants of the affected vehicles burnt beyond recognition while the police officer accompanying the vehicle was in critical condition and is receiving treatments in an undisclosed hospital due to high degree of burns.

Contacted, the Public Relations Officer for the State Police Command,  Nnamdi Omoni, said, he is yet to get details of the development.

Omoni said: “Yes, I can confirm the fire incident, but I do not have much details of the incident. It’s an accident involving two vehicles. The two cars collided and fire was ignited. A police officer was in one  of the vehicles and  he is receiving treatment.”

One killed as robbers cart away N2 million in Ondo