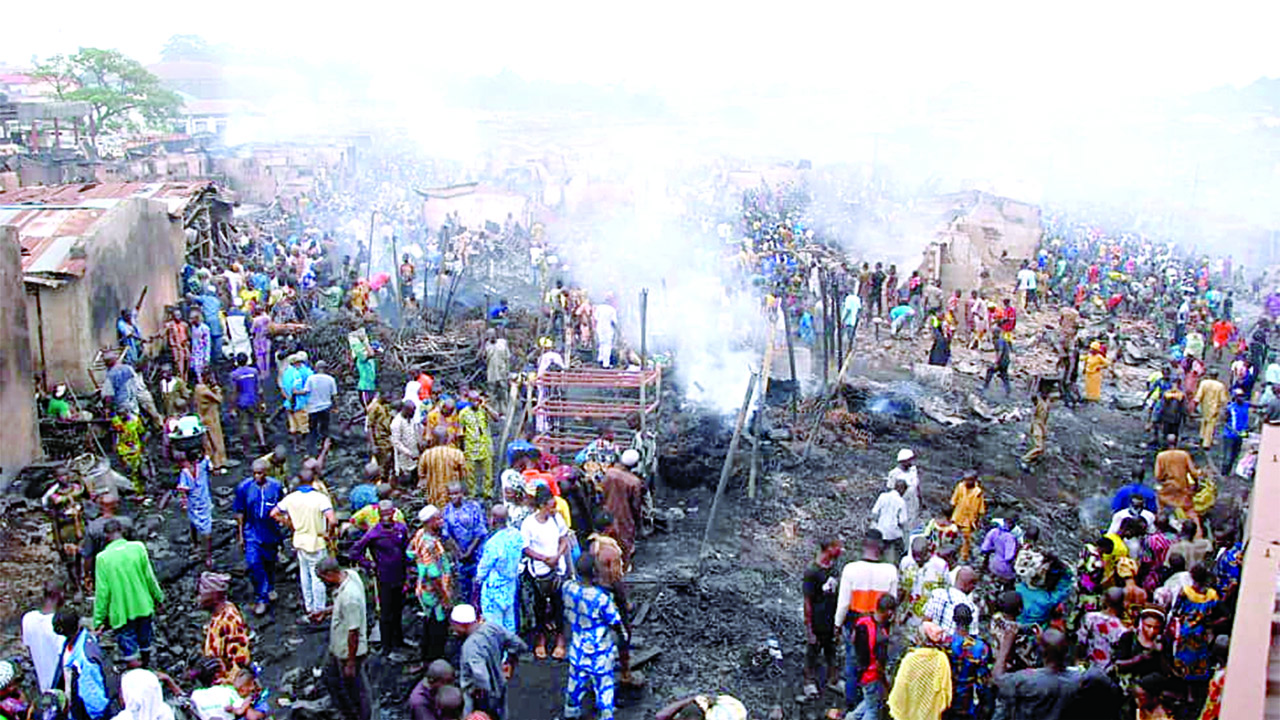 Traders at the Araromi Motor Spare Parts Market, Agodi Gate, Ibadan, Oyo State, have been counting their losses. Hundreds of shops at the market were razed by a wild fire that started on Friday night.

The leadership of the market told The Guardian that the traders lost goods and wares worth trillions of naira. They also claimed to have lost two dealers who died of shock on Saturday due to loss of means of livelihood to the inferno.

Adejumo, who spoke for the chairman of the association, Mr Morufu Olanrewaju Ishola, added that two dealers in the market died as a result of shock occasioned by the loss of their means of livelihood.

Adejumo said: “It is very unfortunate that the fire started in the night. We lost a lot of goods to the inferno. Many engines were burnt. The goods run into trillions of naira. This is the main market. People come from far and wide to buy spare parts here. The losses were so huge that two dealers have died of shock.”

The statement was corroborated by another leader of the association. Mr Kazeem Adesina, who he lost over three million naira.
Another, Alhaji Barry Saheed, whose shop was affected, said he lost one million naira to the inferno.

Abduljeleel Olanrewaju, who lost two shops, noted that over N2 million went up in flames. The association urged the government to come to their aid.

I am not responsible for distribution of rice in Borno, but I commend the groups – Tinubu