The changing face of Awka under Obiano 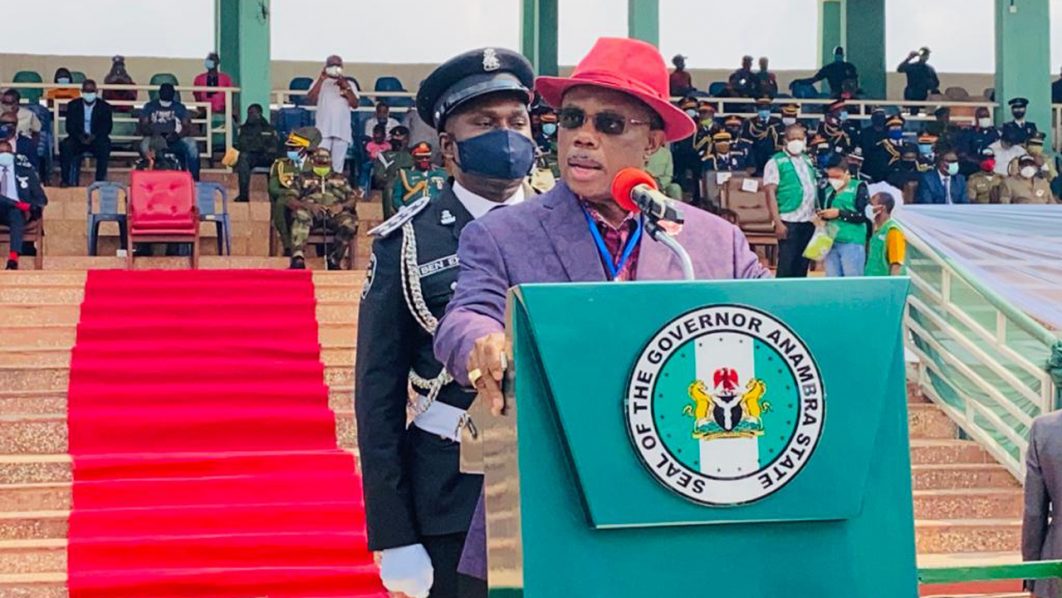 For a time the state of infrastructural decay in Awka seemed certain of continuing unabated. The road to its attaining the status of a capital city became one hell of a winding path.

Awka was so barren of growth that it almost became a byword for stagnation and underdevelopment. State capitals created alongside it took time to develop while it stalled. Landmark projects were virtually non-existent. It was so bad that travelers – even passersby – claimed they passed Awka unnoticed.

At a point, journalists from Lagos who were in the State for official assignment expressed the same concern about the bleakness and lifelessness of the capital city. In almost one breath, they asked where the state capital is. To rub it in, when they arrived at Onitsha North council headquarters they declared it as more befitting of a State House. It took almost a rehash of the story of large-scale destruction of government properties, including the Statehouse sometime in 2003, to explain away the poor condition of Awka. As was expected very few of them were taken in by the explanation. Most demurred and dismissed the story as lacking in merit.

The story of Awka Capital City was one told with a tinge of regret. Perhaps, a lot of people took for granted that the capital of Anambra State must rank among the best in the country. Unfortunately, that was never the case as the famed blacksmith town tottered in progressive decline. The policy framework of the previous administrations appeared not to favour the development of Awka just as some known factors also militated against it. Neither its prime location (Awka is located midway between Enugu and Onitsha) nor its rich history as an administrative centre for the defunct colonial administration in the east could advance its fortune. But more than that, private developers (at least Anambra has a surfeit of them) appeared unimpressed with the idea of pitching development in the town. Lack of physical infrastructure, insecurity of life and property, as well as land racketeering contributed to denying Awka the attention of investors. What is more, a good number of potential developers headed west and pitched a tent in Asaba. The hope of developing the fledgling capital has been dashed.

However, nothing lasts forever. The problems are gradually easing off. The decisiveness of the Obiano government in handling the situation has ensured gradual, but steady development of what should be one of Nigeria’s foremost state capitals. It can be said with a measure of pride that no traveler can claim to pass Awka again without noticing it. A change has occurred that nestled Awka on a comfortable range among the best in Nigeria.

But for the speed of transformation, many would have dismissed the Governor’s promise of transforming the state as a political talk. Truth is that he is yet to renege on the promise he made to Ndi Anambra when inaugurating members of the board of Awka Capital Territory Development Authority (ACTDA) early in his administration. Among other things, he charged the board to draw up a capital city that would favorably compete with the best in the country.

So far, three state-of-the-art bridges have been built in Awka to alleviate severe traffic situations in the town and for aesthetics. The bridges were designed with floodlights that illuminate the dark ends of Arroma junction and beyond. Elsewhere in the capital city, a 1000-seater International Conference Centre is nearing completion, as is the Awka International Stadium complex. Even with a surfeit of sportsmen and women the state has no standard stadium.

A lot of interconnecting roads within the capital city like Esther Obiako, Ifite, Stamford, Ekwueme were reconstructed with beautiful kerb sides to give access to otherwise inaccessible areas and to take traffic off problem points. The State House was also refurbished to reflect the authority it wields in the political administration of the state. New estates are also emerging either at the instance of the government or in partnership with private developers.

The icing on the cake was lightening up the entire capital city through the installation of street lights. This has returned nightlife, which died with years of violent crime in the state. Economic activities have since moved some notches higher with new areas like Club road offering social and economic services all through the night. Aroma and Government House, two areas known for fruit markets, have also witnessed a burst of nocturnal activities. Anyaduba wrote from Abatete

Greengrocers now defy time to stay up the night to ply their trade.
It has been argued that but for the uncommon commitment of Obiano government to change the face of Awka, the capital city will still be without marked distinction. If the administration did not insulate itself from the disease of procrastination as seemed the tradition, Awka would still look like a glorified local council headquarters.

It did not just rouse itself from the infectious indifference, but it has worked its ass off to sustain the development effort on the double.

By March of next year when the government would have completed its two term of eight years, Awka the blacksmith town hopes to develop to a certain level where no one is they honest or biased will dismiss Awka as less of state capital.

Regardless, more effort should go into the renewal of the city in order to move it to the level that befits the quality of human capital that composes the state. With the interest shown in building up the city, it does not seem subsequent administrations will treat the capital city with levity. Awka has come to take its place and favorably compete with others noted for their excellence.

Even if everybody will not admit the effort of this government in changing the face of Awka, it will be churlish of any to attack that effort. Truth is that the administration has shown uncommon statecraft in attending to all aspects of the state economy under an excruciating economy. If progress were the reason behind the clamour for the creation of Anambra state, it behooves everybody, including naysayers, to commend government effort evident in virtually every aspect of the economy. The Obiano government has demonstrated both in speech and inaction that it is determined to leave the state better than it met it. It only needs support to finish strong.