“TB Joshua did much damage, his ministry was toxic” – OAP, Sandra Ezekwesili

Radio Presenter, Sandra Ezekwesili has alleged that the late founder of the Synagogue Church of All Nations, SCOAN, Prophet TB Joshua did a lot of harm than good, irrespective of all the good eulogies being credited to him by people.

Recall that the Prophet passed away in Lagos, Saturday evening, after a programme at his church.

In his last words to Christians, Prophet TB Joshua urged them to watch and pray.

Following his sudden death, the deceased man of God has continued to receive accolades for his reported good deeds from members of his congregation.

However, the Lagos based Radio girl, Sandra, in a post via her Twitter account said the prophet who would usually sell anointing oil and advise his church members against visiting a hospital when they were sick failed to practice what he preached as he reportedly visited the hospital before he died.

She claimed the late Prophet caused a lot of damage and anyone saying anything contrary to that is dishonest.

“TB Joshua was reportedly ill and went to the hospital.

“Did he not teach his numerous followers not to try hospitals and abandon their medication for his holy water and anointing oil?

“His ministry did a lot of damage. Any conversation that doesn’t include that, is dishonest.

“I said what I said. The man was irresponsible as a leader, did not walk in the footsteps of Christ and his ministry was toxic and exploitative.

“Death doesn’t erase that. “I had nothing good to say about him while he lived, I won’t start now because he is dead,” she wrote. 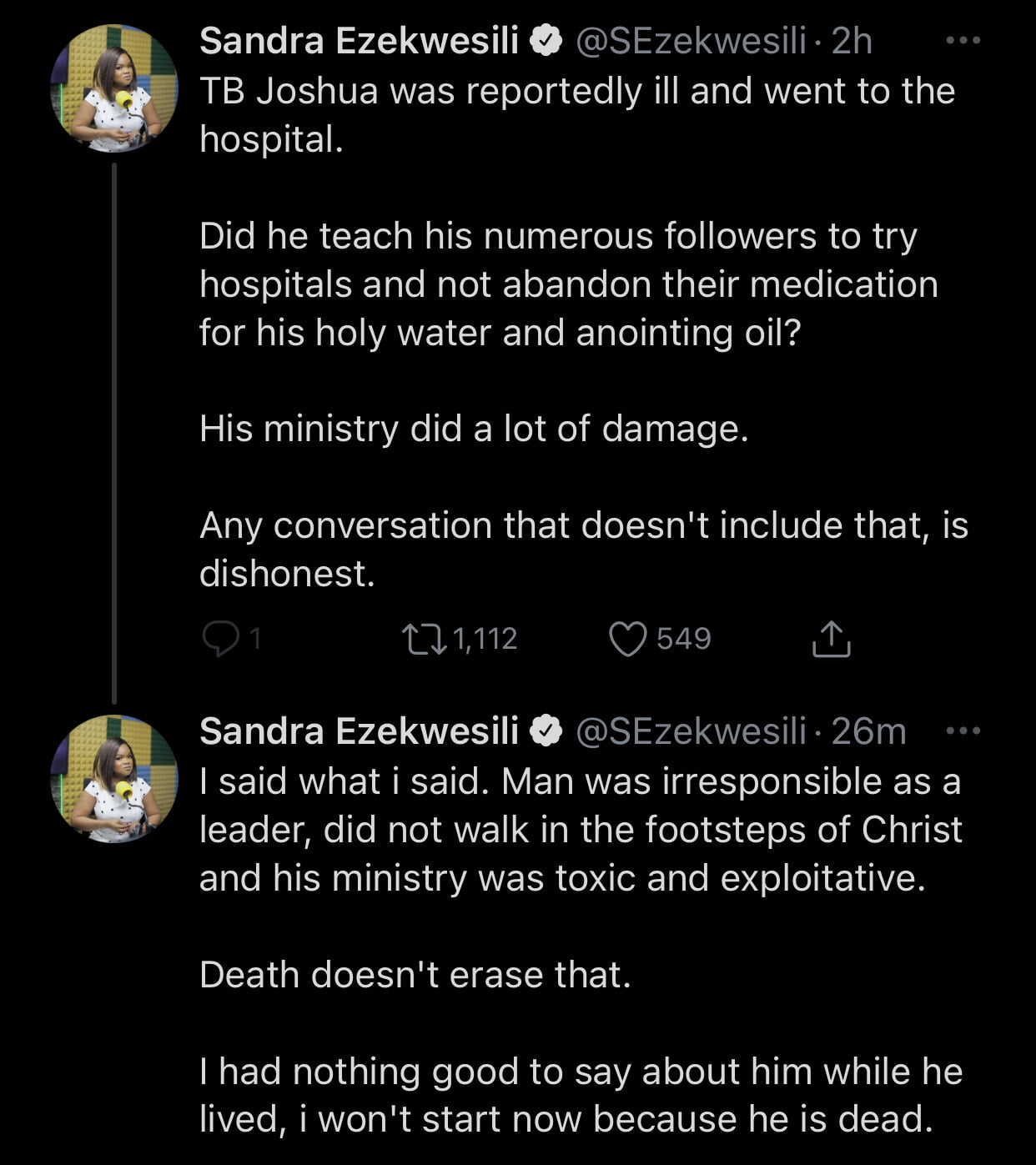