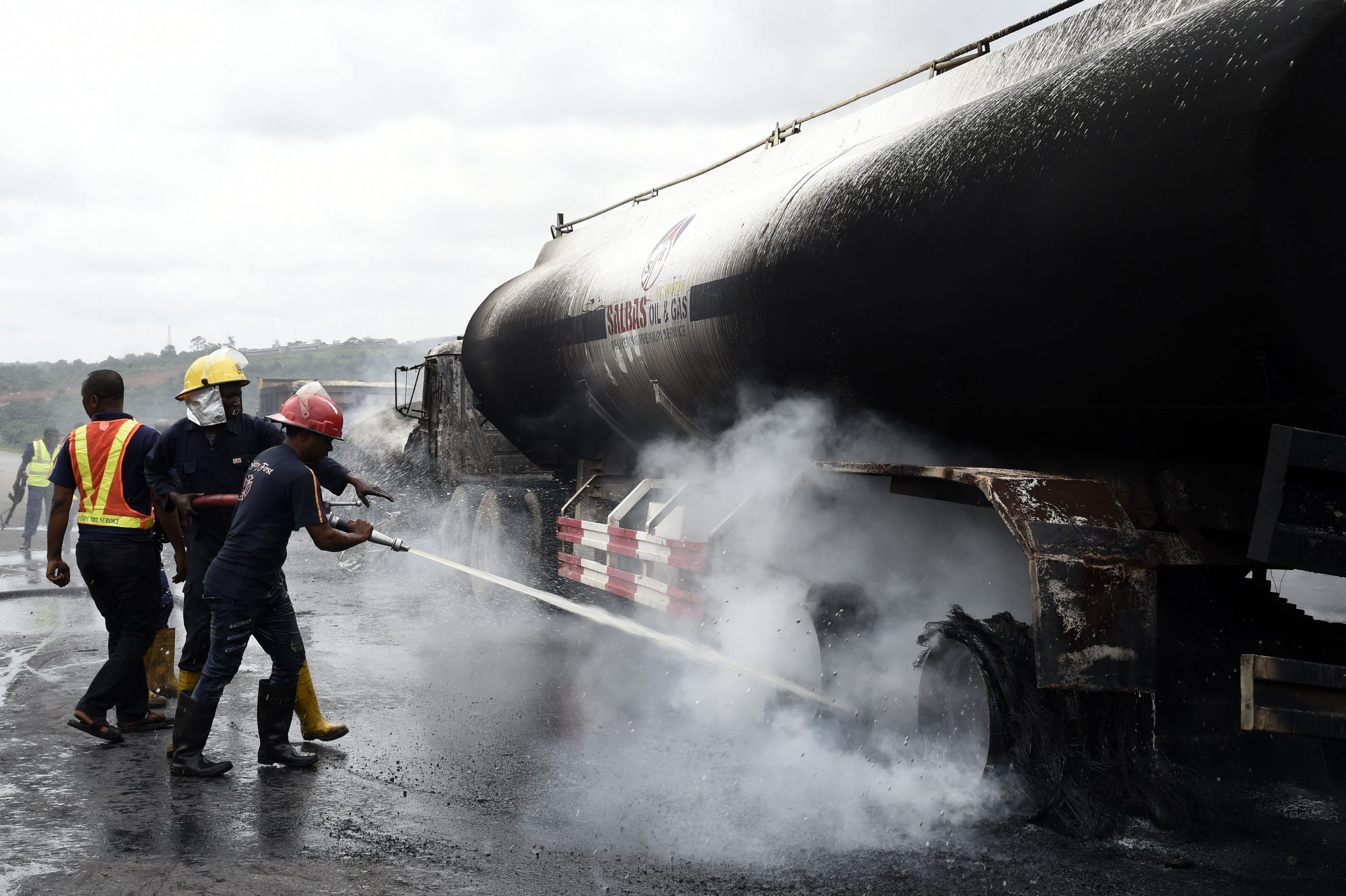 No fewer than two people were killed in Ogidi, near Onitsha, Anambra State, when a tanker laden with fuel burst into flames

The incident, which occurred near the popular International Building Materials market, Ogidi, left many people injured, while 14 buses and several properties worth millions of naira were destroyed.

An eyewitness, who spoke in confidence,  said  the fire, which started Sunday evening, was caused by  a tanker conveying inflammable content to an undisclosed destination.

He said the tanker was stationary when another articulated vehicle lost control and rammed into it. According to him, the tanker fell into a nearby drainage, spilled its contents, and immediately went up in flames.

He added that luxury buses parked around the area went up in flames, while shops and buildings within the area were also engulfed in the inferno.

“The fire was so much that it was difficult for fire fighters to control,” he said, adding that it caused a lot of damage to people’s property.

Chief Fire Service officer in Anambra State, Martin Agbili, who confirmed the incident, put the casualty figures at two, while 14 buses and properties were lost to the inferno. Agbili, however, said the fire could have spread to other areas but for the quick arrival of his men and assistance from other nearby stations.