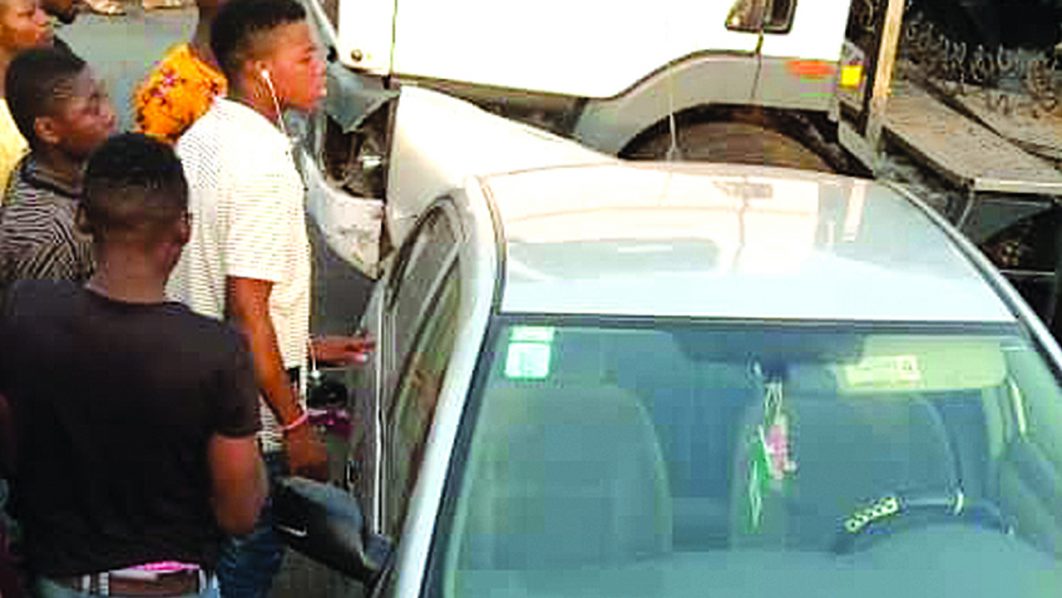 The tanker and the crashed vehicle<br />

Tragedy was averted yesterday when a tanker with registration number MKA-663ZF conveying 44,000 litres of PMS crashed on a Toyota Camry at 5-Star Bus Stop, which led to heavy gridlock on Oshodi-Isolo Expressway.

According to eyewitnesses, the crash occurred when one of the NNPC tankers hit a Toyota Camry from behind, which made the driver lose control of the car, bringing the vehicle to a halt.

No life was lost in the accident, but the back tyres of the vehicle pulled off while the truck was badly damaged.

Meanwhile, an eyewitness revealed to The Guardian that a sum of N480,000 was missing at the scene of the accident.

“When the accident occurred, a passenger was on a motorcycle with the sum of N480,000. Immediately it happened, he fell off the bike with the money, while the truck destroyed the bike. After the accident, he could not find the money,” one Bamidele said.