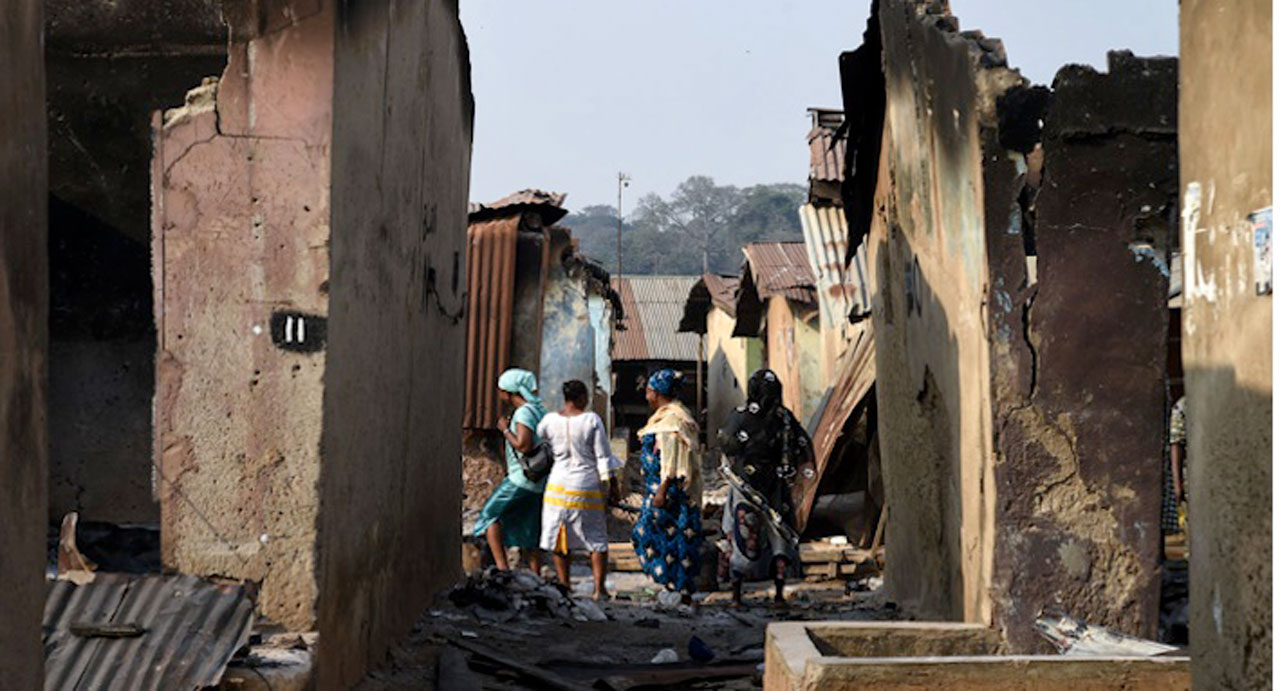 Part of the burnt market

• 81-year-old trader cries over burnt shops
• Iyaloja: Market should not be relocated
• Taliban Shasha: Government must rebuild all burnt shops

The rumble of the ethnic clash at the 42-year-old Shasha Market in Akinyele Local Government Area of Oyo State is yet to abate nearly two weeks after the violence.

The mutual suspicion that snowballed into carnage could be traced to the scramble for leadership of the market between the Yoruba and Hausa traders.

The crisis, which reverberated across the country, was caused by a misunderstanding between a cart pusher and a pregnant woman, leading to the stabbing of a 46-year-old cobbler, Mr. Sakirundeen Adeola.

The conflict spread beyond the market, as the Hausa and Yoruba communities in Akinyele Local Government Area, where the market is located, went after each other.

Many are still nursing their wounds 10 days after. One of the traders is an 81-year-old Mrs. Juliana Adefioye, who started as a tailor, but now sells clothes. Adefioye, who has been in the market for about 30 years, said she lost all her livelihood to the fracas, amounting to N5 million. She cried to the government and Nigerians to help her with money to survive.

“I lost five shops to the crisis. My goods were burnt and looted. I lost over N5 million to the fracas. Government at all levels and other well-meaning Nigerians should come to my aid. I have lost everything. I have nothing now. They should just give me money to eat. I appeal to all Nigerians to help me,” she said.

Mr. Sikiru Adeleke, who sells onions in the market, said he lost N4.5 million in the market, crying to the state government to come to his aid. Alhaja Omolara Alade, who sells clothes, said she lost N10 million. “I have about three shops. I sell chains, gold, wristwatches and others in three shops, but all are gone with the crisis. I lost not less than N8 million – worth of goods”.

Mr. Abdulazeez Ademola, who is the chairman of onion sellers in the market, said: “I lost five shops. All my goods were burnt and looted.”

The Iyaloja of Shasha, Alhaja Asiawu Lamidi, yesterday, said her four children lost goods worth millions of naira. She said: “I have been in the market for more than a decade. We are here for the good of the market. We meet every Monday and we ensure we settle disputes before it escalates, if there is any.

“We don’t want crisis. There was no crisis before. There was good relationship but when trouble started, it blew out of proportion. It is the handiwork of the devil, but some people want things done in their ways. They are the ones who fomented trouble and burnt shops.”

Explaining how the crisis started, the Taliban Shasha, Alhaji Musa Yaro, who sells peppers, onions and other foodstuff in the market, told The Guardian that over 10,000 Hausa people are in the market. Yaro said he lost over N20 million in the fracas.

Yaro said: “We have been living here like a family, attending schools together, eating together and co-existing peacefully. We inter-marry. No fight has happened before, neither was there any bottled up anger until that Thursday when an issue came up between a cart pusher and a pregnant woman.

“Then the man that came to broker peace fainted and eventually died. They now asked the person that stood as surety for the cart pusher to produce him so that they could kill him. After the man could not produce the cart pusher, they burnt down his house.”

Calling for peaceful atmosphere, Yaro said: “All we need is peace so that something of this nature will not happen again. Government should rebuild all burnt properties. We need more security to prevent a recurrence”.