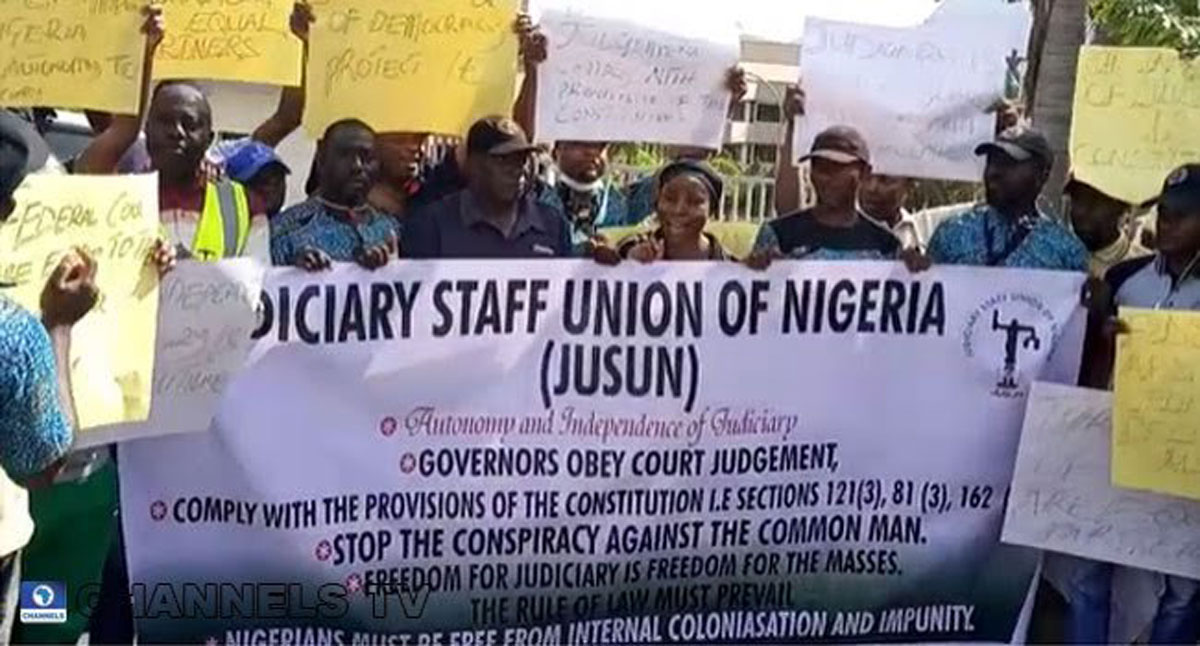 Some legal practitioners, on Thursday, described as wrong, the decision of the Lagos chapter of the Judiciary Staff Union of Nigeria (JUSUN) to break ranks with the national body.

The News Agency of Nigeria (NAN) reports that judiciary staff nationwide, on April 6, embarked on an indefinite strike, demanding that state governments grant financial freedom to their respective judiciary.

But the Lagos chapter partially called off the strike.

The state chapter of JUSUN, chaired by Mr Kehinde Shobowale, had in an April 22 memo, ordered a partial reopening of the courts from Wednesdays to Thursdays because the state had so far attained 75 per cent financial autonomy.

Following the directives, some courts in Lagos had on April 29, opened to the public.

They were, however, ordered to be shut down again by the national body that overruled the decision of the Lagos chapter.

Speaking to NAN, Mr Bayo Akinlade the National Convener of a group, Fight Against Corruption in the Judiciary (FIACIJ), described JUSUN Lagos as being “politicised”.

“The JUSUN strike has become a catalyst and a springboard for a national discourse on complex issues regarding the independence of the judiciary.

“We feel betrayed by the initial back and forth by JUSUN Lagos because it really does not make sense.

“If the courts come back now, are the problems bedevilling the courts going to change?

“It is because of the lack of independence that we kept someone in custody for five years.

“It is because of lack of independence that civil cases can go on for two years.

“Why can’t we fight for it now and get a new generation of judges and justice system that will be more efficient.

“I do not see why a sacrifice of a few months is not worth years and decades of an effective justice delivery system,’’ Akinlade said.

He noted that, though the courts are closed, there are various ways of settling cases outside of the courtroom like Alternative Dispute Resolution (ADR) and virtual hearings.

“As an activist, I know that if a group is fighting for a cause, we must ensure that that general cause succeeds.

“Trying to break it is an ill-wind that does not do anybody good because what we are fighting for, is for the betterment of the society.

“There have been instances that a judgment comes out and the ordinary man on the street thinks this is not justice.

“This is because the judiciary is not independent.

“Thank God the Lagos JUSUN returned back to their senses because it is a fight for everybody and not for one person.

Another lawyer, Mr Ademola Adewale, opined that since it was the national body of JUSUN that called for the strike, the same body should be the one to call off the strike.

“When state chapters of JUSUN start to suspend the strike, it will undermine the strike and make it less effective.

“If any state, particularly Lagos, breaks ranks with the strike, the strike is practically over,’’ Adewale said.