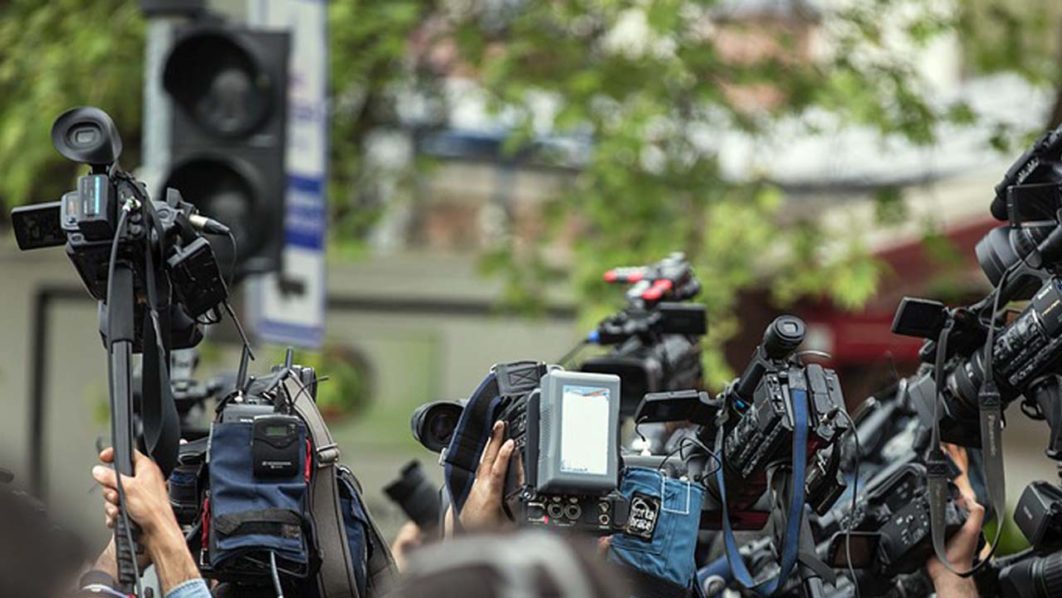 Security operatives on Sunday arrested Correspondent of The PUNCH Newspapers, Mr. Solomon Odeniyi, who was at Dunamis Church to cover an event.

Solomon works with the Abuja Bureau of the newspaper and was covering a live event when he was whisked away by operatives.

His colleagues are worried for his safety as he had not been allowed to either pick his calls or contact anyone.

There was palpable tension at the Dunamis church dome at Lugbe, Abuja around between 7.a.m and 10.a.m as dozens of policemen and other plain-clothed state operatives have cordoned off the area in fear of possible invasion by members of the #Revolutionnow movement who are protesting the arrest of its embers arrested by the Department of State Services.

When The Guardian visited the church this morning, dozens of policemen were sighted in the area, while patrol vehicles numbering about four were also parked in strategic locations.

Human rights activist and pro-democracy campaigner, Omoyele Sowore, had threatened another mass protest if some youths arrested for wearing ‘Buhari Must Go’ T-shirts to a Sunday Service at Dunamis International Gospel Centre Headquarters in Lugbe, last Sunday, are not released within seven days.

Those arrested and detained by the Department of State Services (DSS) are Emmanuel Larry, Henry Nwodo, Samuel Gabriel, Ben Manasseh and Anene Udoka. They wore T-Shirts with the inscription #BuhariMustGo to the church and were picked up by DSS operatives.

Sowore, at a press conference organised in Abuja, weekend, by a group called ‘Take It Back Movement’, also alleged that the General Overseer and Senior Pastor of the church, Pastor Paul Enenche, collaborated with the DSS to effect the arrest of the persons.

‘You Must Start Performing’- Gerrard Warns Balogun, Aribo , Others Ahead New Season

‘You Must Start Performing’- Gerrard Warns Balogun, Aribo , Others Ahead New Season