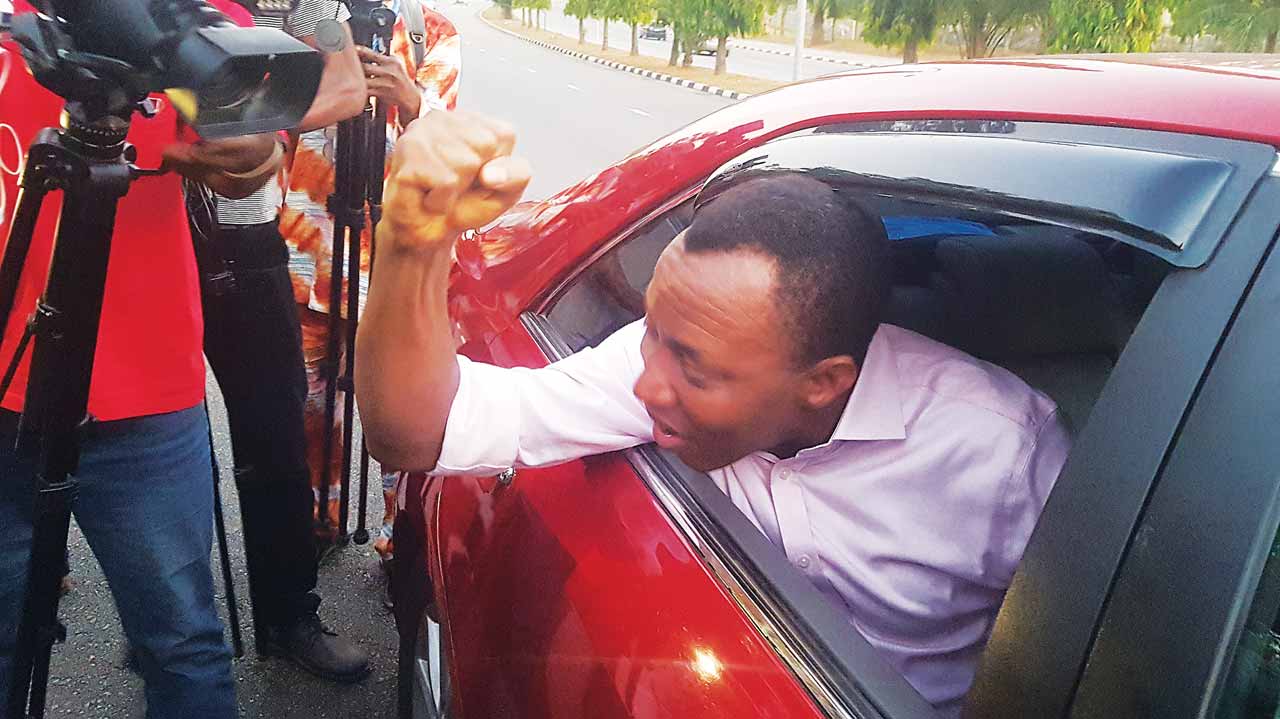 Sahara Reporters publisher, Omoyele Sowore, says he has been released after he was arrested at the Federal High Court in Abuja on Monday.

Sowore and other supporters of Nnamdi Kanu, leader of the Indigenous People of Biafra (IPOB), were in court for the trial of the separatist.

He was sighted earlier in the day around the court premises probably to attend the scheduled court session on the fundamental rights abuse case involving five activists arrested at Dunamis Church, Abuja.

The Sahara Reporters publisher was, however, accosted as he continued to lifestream activities around the court vicinity.

“I have just been arrested by the Nigerian Police at the Federal High Court; Subjected to beatings by police officers and take to the Federal Secretariat police station,” Sowore said in his text message to one of his associates on Monday.

Security operatives, comprising the police and operatives of the State Security Service (SSS) had taken over the court premises and the adjoining streets, restricting movements in the area ahead of the trial.

Sowore, among many journalists and others, who had hoped to attend the proceedings were denied entry into the court premises.

He later announced his release in a video where he was seen in a vehicle.

“I have been released,” Sowore said, adding that he had returned to the court to attend the proceedings some “5 young persons illegally detained by the DSS for wearing #BuhariMustGo Tshirts to Dunamis Church. Will keep you all updated. Thank you for your support!”.