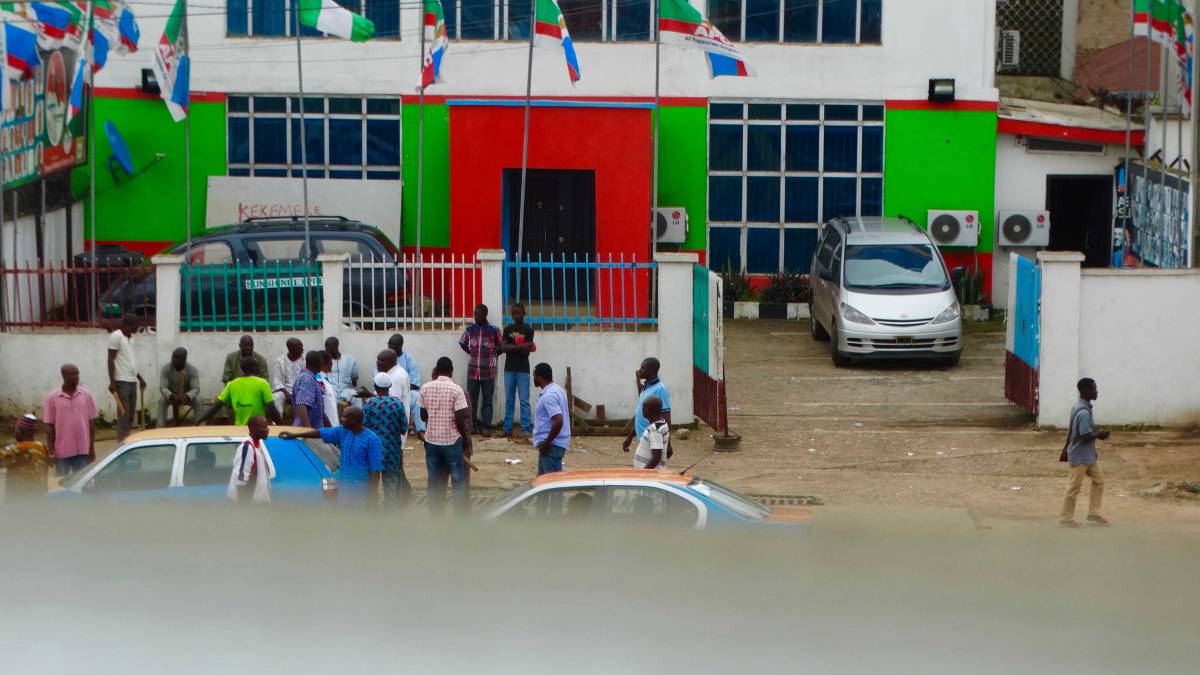 Additional security personnel have been dispatched to the All Progressives Congress (APC) national secretariat in Abuja.

The deployment came on the heels of the growing opposition to the Caretaker and Extra-ordinary Convention Planning Committee (CECPC).

Some party chieftains, including Labour and Employment Minister, Festus Keyamo want the Governor Mai Buni-leadership out.

Keyamo and others warn of trouble ahead because of the insistence of the CECPC to conduct ward and state congresses.

They cite the Supreme Court judgement in the case of Eyitayo Jegede vs Rotimi Akeredolu, where three Justices reportedly agreed that a serving Governor should not lead a party.

In his analysis, former APC National Legal Adviser, Muiz Banire predicted that the congresses may be nullified due to the legality burden on the CECPC.

Banire said if the Supreme Court actually ruled that Buni shouldn’t have signed Akeredolu’s election forms, his future actions will be considered illegal.

“If is the truth that the Supreme Court came to the conclusion that Governor Buni ought not to have signed any of the nomination papers of Governor Akeredolu, the same thing will apply to the congress they are doing”, he told Channels TV.

But the APC insisted there is no cause for alarm over the congress or CECPC’s legitimacy.

The scribe, John Akpan Udoedehe told reporters that the increased police presence was to strengthen security at the party’s headquarters.

Udoedehe said whenever there is a security situation or report, it is best to take precautions to protect lives and property.

“APC cannot be embarrassed because we are the national government. Therefore, we take measures to forestall any negative happenings.

“You can’t expect us to call thugs to defend the national secretariat. The right thing to do is to inform the police and the State Security Service (SSS) and that is what we have done,” he explained.