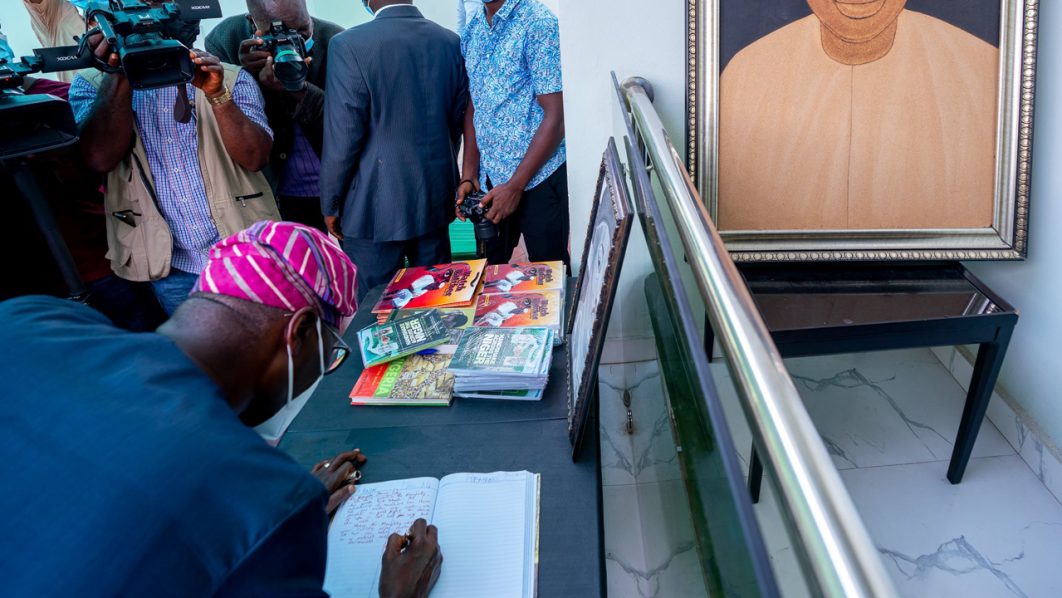 Odumakin, a renowned human rights activist died on Friday, April 2 at the Lagos State University Teaching Hospital (LASUTH) at the age of 54.

During the visit, Sanwo-Olu said the former National Publicity Secretary of the Pan-Yoruba socio-cultural organisation, Afenifere, during his lifetime did his best through several struggles to make Nigeria a better country.

He described him as ”one of the strongest, detribalised, action packed, full of life, true Nigerians of our time”.

Sanwo-Olu, therefore, urged people to stand firm and ensure that the legacy of the late Afenifere spokesman was built upon.

He also urged Nigerians, especially members of the Civil Society Organisations to cherish, preserve and push forward the struggle for a better Nigeria and black race, which he said Odumakin fought and died for.

The governor assured the widow of the deceased, Dr Joe Okei-Odumakin that Lagos State would not leave her alone, but stand by her always.

”We will not leave you alone. We will ensure that even when the crowd disappears, we will be there for you.

”I am here to pay my condolences on behalf of my government and the entire people of Lagos State for the painful loss of one of the strongest, detribalised, action-packed, full of life, true Nigerians of our time, late Comrade Yinka Odumakin.

”Our friend and brother lived a good life. He lived a fighter; he died a fighter. The civil society stakeholders in Lagos and Nigeria have indeed lost a big member of that community and indeed the entire nation because of what he stood for and fought for.

”If we begin to take him as a Yoruba man, we will be reducing him and what he stood for in this country.

”Wherever Yinka is right now, his wish would be that we will make this country better than how he left it and that is a commitment we are going to leave with you that we will do it to ensure that what he stood for, the legacy he worked for does not go into waste,” he said.

In her response, Dr. Okei-Odumakin appreciated the Lagos State Government for the visit.

She said that several tributes and comments about the deceased would energise her to do more in pursuing what Yinka Odumakin stood for, assuring that his ideals would continue to live forever.

”Yinka was selfless. Before he went to the hospital, he still told me about four programmes that he would have. He told me how he would leave for Ilorin the next day and later to Ekiti, the third day he would be back to Ibadan for his programme.

”What Yinka will want to see is for us to remain focused and committed. Some of the things he could not achieve like restructuring of Nigeria and a lot of things that he could not do will be happy if he sees us doing a lot more better. Yinka lives on,” Okei-Odumakin said.