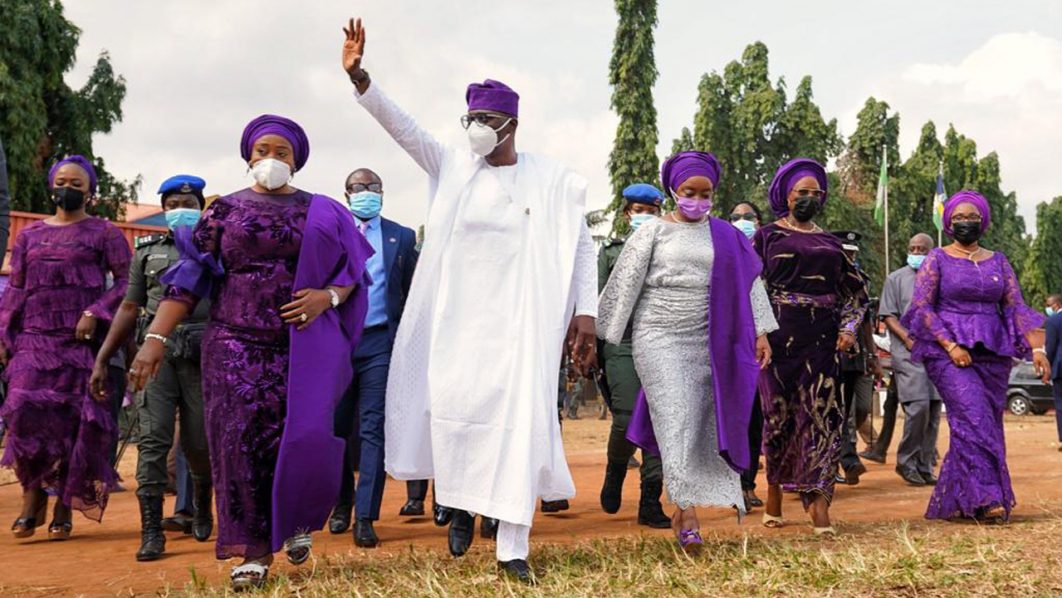 Sanwo-Olu elebrated on women’s frontline role in the battle against Covid-19 at this year’s International Women’s Day event organised by the Ministry of Women Affairs and Poverty Alleviation. Photo: TWITTER/JIDESANWOOLU

Lagos State Governor Babajide Sanwo-Olu has said that any society that fails to support women and help them achieve their potential stands to lose its essence.

He said that solving development issues facing women and youths had remained a priority for his administration.

Sanwo-Olu stated this yesterday, at the 2021 International Women’s Day celebration organised by the Lagos State Ministry of Women Affairs and Poverty Alleviation (WAPA), with the theme: “Women in Leadership: Achieving an Equal Future in a COVID-19 World.”

The governor said the state government had recorded an unprecedented feat in adding values to womenfolk and elevated them to the positions of authority and responsibility.

Besides, he said that his administration had empowered about 50,000 women in various skills and vocations that would enable them to contribute to the socio-economic development of the state.

Sanwo-Olu, who said there was no limit to what a woman could achieve if given the opportunity and support, urged women to continue to amplify their voices in the quest for gender equality and desire to occupy more space in leadership at the very top.

He also urged them to challenge stereotypes and eradicate bias views, stressing that widening their perceptions was vital to achieving equality.

She said that the pandemic had further exposed women to sexual and gender-based violence particularly rape, which she described as “a pandemic within the pandemic.”

The Commissioner for Women Affairs and Poverty Alleviation, Mrs. Bolaji Dada, praised the governor for the opportunities accorded women in his cabinet and state government’s appointments.

Chairman of First Bank of Nigeria Limited, Mrs. Ibukun Awosika, who spoke on “Leadership in Extraordinary Times,” said the role for which God created women to do in making the society develop could never be negotiated.

Every extraordinary time, she said, requires women to deploy extraordinary actions to stabilise situations, stressing that women had natural instincts and capabilities to respond to unforeseen situations.