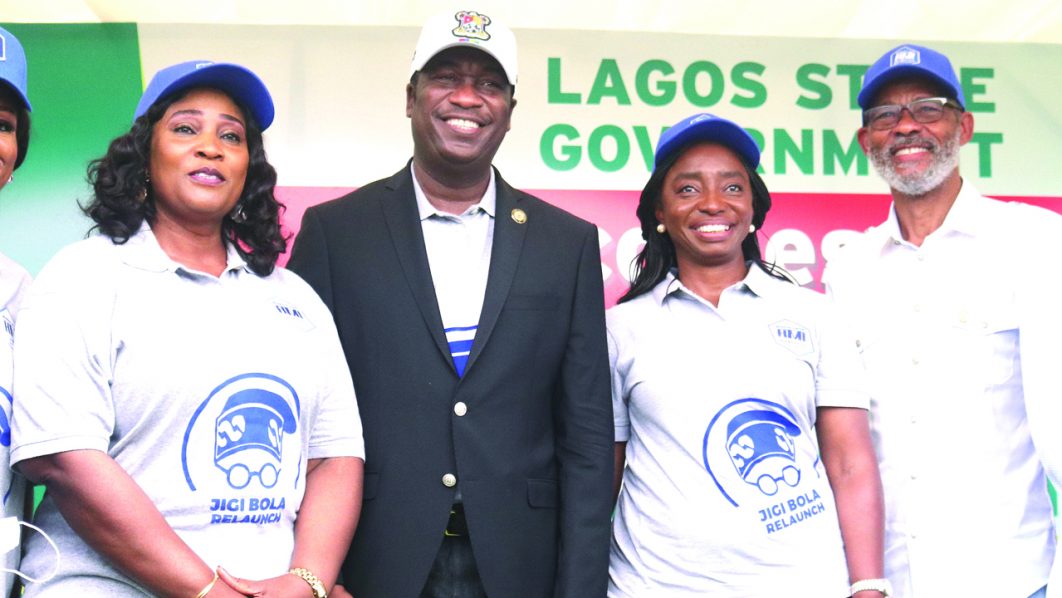 The initiative was conceived as an innovation to improve the vision of Lagosians who were visually impaired, as well as borne out of the concern to reduce the negative effect of preventable visual impairment on residents of the state.

Sanwo-Olu, who spoke at the ceremony held at the Police College in Ikeja, said the re-launch of the Jigi-Bola initiative signals the commitment of the present administration towards improving the well-being and welfare of Lagosians.

The governor, who was represented by his deputy, Dr. Kadri Hamzat, said that the re-launch of the initiative was in celebration of one of the many legacy grassroots outreach programmes of Tinubu’s administration, and also a clear testament of the determination of the present administration to prioritise all aspects of healthcare delivery.

According to the governor, a huge number of residents were already benefiting from the initiative, adding that 250,000 Lagosians have been listed to benefit at the end of the programme across the 57 local councils in the state.

Earlier, the First Lady, Dr. Ibijoke Sanwo-Olu, said as a medical expert, she understands that a large number of cases with visual impairment and hearing loss were preventable and could be treated effectively if detected early.

She commended the Ministry of Local Government and Community Affairs, Ministry of Health, as well as BOSKOH Lagos Healthcare Mission International, for the collaboration that gave rise to the re-launch of the initiative, just as she lauded medical professionals who have signed up to ensure the success of the project.

Also speaking at the event, Executive Director of BOSKOH Lagos Healthcare International, Mrs. Nike Osa, explained that the re-launch was in honour of Asiwaju Tinubu and his quest to eradicate blindness and hearing impairments among Lagos residents.

She added that the exercise would be a continuous one.

“as the purpose of the re-launch is to expand and cover every part of the state for residents to benefit from services such as eye checks, ear health education, dental services and distribution of hearing aids free of charge.”

Among the dignitaries are the royal fathers led by Oba of Lagos, Oba Rilwanu Osuolale Akiolu, APC stalwarts in the State, Exco members, Local Government