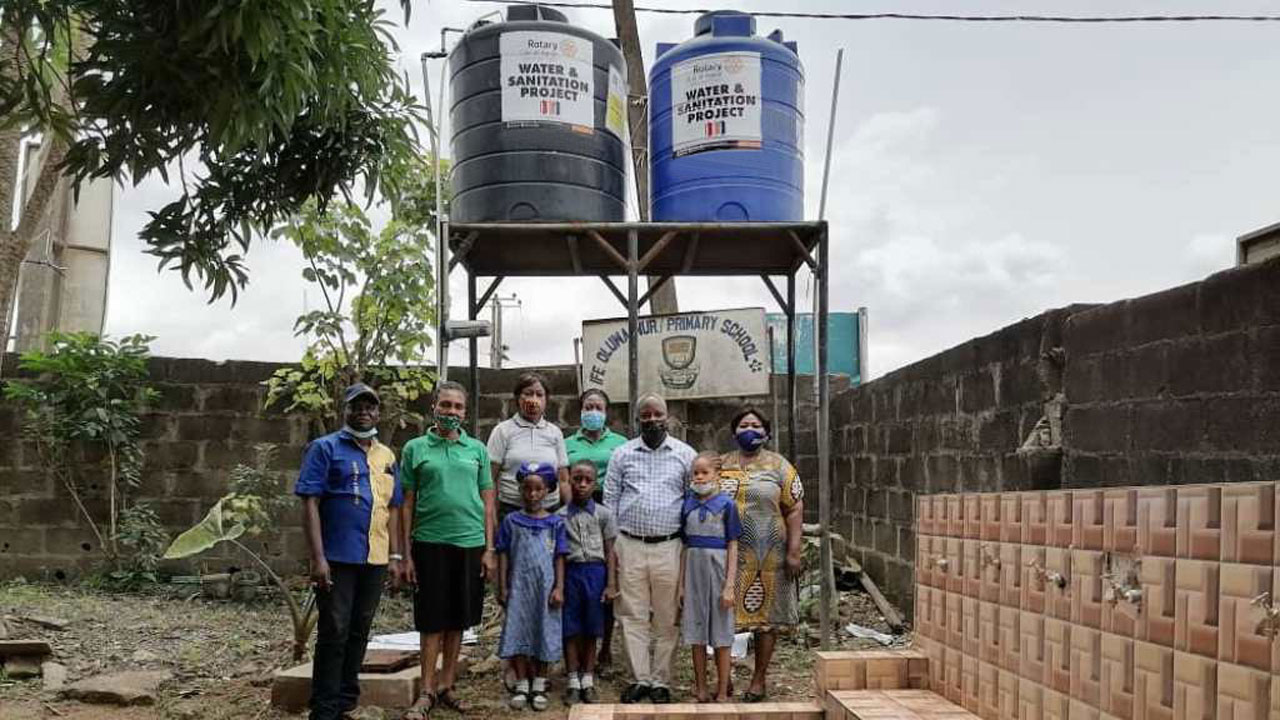 To create an enabling environment for learning among students, the Rotary Club of Agege, District 9110, under its Basic Education and Literacy programme, have rehabilitated borehole and donated school bags to best students of Ifeoluwa Primary School, Agege.

The club’s president, Lukman Akande, said their decision to embark on the project was to encourage students to improve on their performances in class.

“Rotary has seven areas of focus where we support the community. What we are doing today is Basic Education and Literacy. So, we have distributed bags to the best students in all the classes and to most punctual students. We came around and we discovered that the majority of them do not have bags to carry their books. This informed the need to step in,” he said.

He added that primary schools in Lagos State needed infrastructures to create an enabling environment for children, which made the club to adopt Ifeoluwa Primary School and donated ICT building and libraries in the past years.

He said: “We as rotary also give support. One of the ways we give support is by awarding scholarships annually to students, which is to assist parents, students and we hope this will encourage them to do more.”

Speaking on the borehole renovated by the club, the Programme Director, Femi Erinle, stated that the execution of the renovation was in accordance with the responsibility of rotary, which includes giving back to the community where it operates under its water and sanitation programme.

The school administrator, Mrs Oladoye Kabirat Oyinlola, while appreciating the club, said: “The Rotary Club of Agege has tried a lot. They have done a great thing concerning water; they provided us water and renovated it. They also brought bags for those who do not have.

“Most of them use polybags to bring their books to school. Giving them this bag will make them carry their books well and their parents will also be very happy because most of them are underprivileged; they do not have enough.

This will also make other students who have not been performing well to wake up and study hard.”