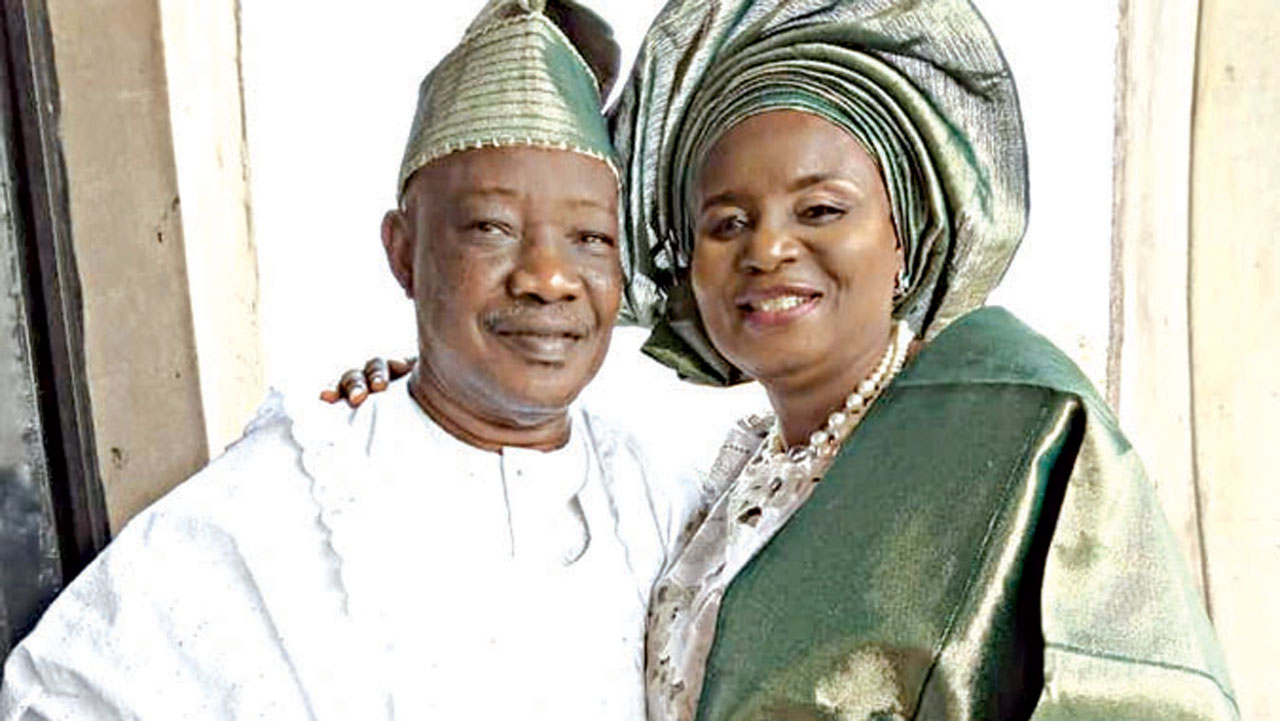 Rotarian Ayodele Adeyemo has been installed alongside with his wife – Funmilayo as Asiwaju and Yeye Asiwaju of Ogobiland in Ede South Local Council Development Area.

The conferment was in recognition of his unparalleled contributions to the socio-economic development of Ogobi Community in particular and Edeland in general.

Adeyemo, a political scientist and renowned broadcaster of impeccable records in many broadcast organisations has carved a niche for himself in community service at his native Ede, as he ensured, along with other well-meaning people, that electricity supply to Ogobi, through CSDP/World Bank Programme was effected with unquestionable accountability.

The pioneer President of Ede Rotary Club is a man of immense love for his Ifelodun-Ogberin Community in Edeland and Anu Oluwapo-Obe Community in Wakajaye Ibadan, to which he has brought meaningful development programmes.

Adeyemo was a successful story in the dynamic realms of broadcast journalism as he served diligently at Broadcasting Corporation of Oyo State and MURHI Television and gave a good account of himself as a seasoned broadcast journalist.

A widely travelled man with focus for breaking new grounds and discoveries, Adeyemo gave the defunct Ladoke Akintola University Teaching Hospital, Osogbo, far-reaching professional media and public relation services, as its founding Public Relation Officer. This ensured that the activities of the hospital were promptly brought to limelight.

The Asiwaju of Ogobi is a committed, diligent and passionate grassroots man, who is always there for his Ede Community without let or hindrance, with involvement in various community services such as the maiden edition of Agbale Hall Of Fame And Ede Day celebrations.

His installation as the Asiwaju Of Ogobiland, will further bring accelerated development to Ogobi and open it up for investments by his friends and well-wishers, whose lives he has positively touched.

In his remarks, Oba Abdul-Wasiu Iwaloye Abidoye, the Ologobi of Ogobi, described Adeyemo as an accomplished individual, who rose from a humble beginning to stardom with unblemished records in public and private services. Oba Abidoye called on Adeyemo and his wife – Yeye Funmilayo not to relent in their noble services to the less-priviledged people.

In his goodwill message, the Timi of Edeland, Oba Munirudeen Adesola Lawal, said Adeyemo as an astute, dogged and humane personality has done Ede proud as an Ede Man Tokan Tara, advising him to see his new role as Asiwaju Of Ogobi as a call to greater service to humanity.