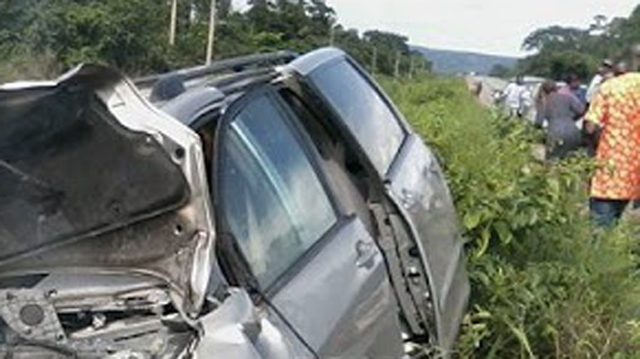 Two security guards who were working with a popular petrol station in Akure, Ondo State, have been killed by gunmen suspected to be armed robbers.

The victims, who were identified as 45-year-old Isaac and his colleague, 28, were found dead at the premises of the petrol station early Sunday morning.

The Guardian learnt that other workers of the station, mostly attendants, who had come to resume Sunday morning, noticed their bodies and damages done to some of their properties.

A supervisor in the petrol station, Mr Buhari Ashiru, confirmed the incident, adding that the deceased were found lifeless by other staff around 5:30am.

Ashiru said the killers attempted to break into the filling station’s safe inside the store, but to no avail. He noted that the bodies of the security guards had been taken away by the police.

Ondo State Police Public Relations Officer (PPRO), Mr Tee-Leo Ikoro, who confirmed the incident, said the police had begun investigation into the matter and would soon arrest those who committed the dastardly acts.

Meanwhile, no fewer than three persons were feared dead in ghastly auto crash that occurred along Ondo/Ore expressway yesterday morning, around 7:00am.

Eyewitnesses said the vehicle, which was heading to Akure, was on high speed and lost control in the process, crashing into a bushy valley beside the road.

It was gathered that three other passengers in the picnic mini bus sustained various degrees of injuries and were rushed to a nearby hospital for treatment.