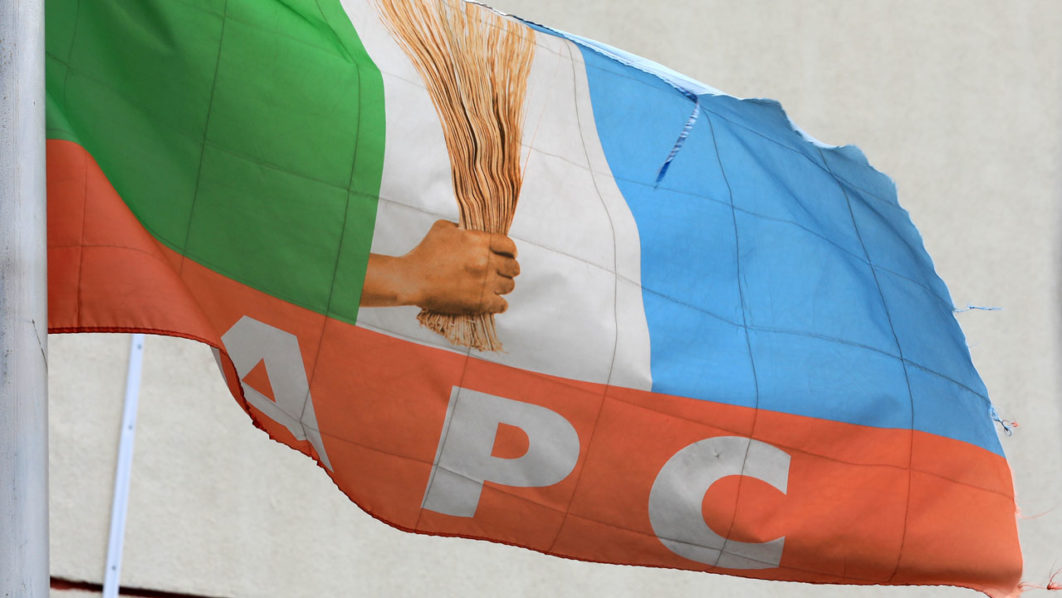 [FILES] An APC flag is pictured at the All Progressive Congress (APC) national headquarters . REUTERS/Afolabi Sotunde

The Supreme Court on Friday struck out a case filed by Chief Igo Aguma, seeking to be declared the Caretaker Committee Chairman of the All Progressives Congress (APC) in Rivers.

Justice Amina Augie, who read the lead judgment held that the appeal was academic.

“This appeal is merely an academic venture, lacks merit and is therefore struck out,’’ she read.

Aguma, a chieftain of the APC had filed the suit against the Court of Appeal judgment that set aside the decision of the High Court, which had earlier declared him the Caretaker Committee Chairman of the party in the state.

It held that it was the exclusive right of the National Executive Committee of the APC under the party’s Constitution to appoint a Caretaker Committee for any organ of the party.

However, Aguma rejected the judgment, raising some issues, which he said vitiated the verdict of the court of appeal.

Meanwhile, APC and other parties involved in the suit prayed the apex court strike out the appeal for being incurably defective and lacking in merit.

The News Agency of Nigeria (NAN) reports that Aguma’s faction, after the judgment of the appeal court appointed his Deputy, Ben Chioma, to act temporarily as the Caretaker Committee Chairman of the party pending the completion of its appeal at the apex court.