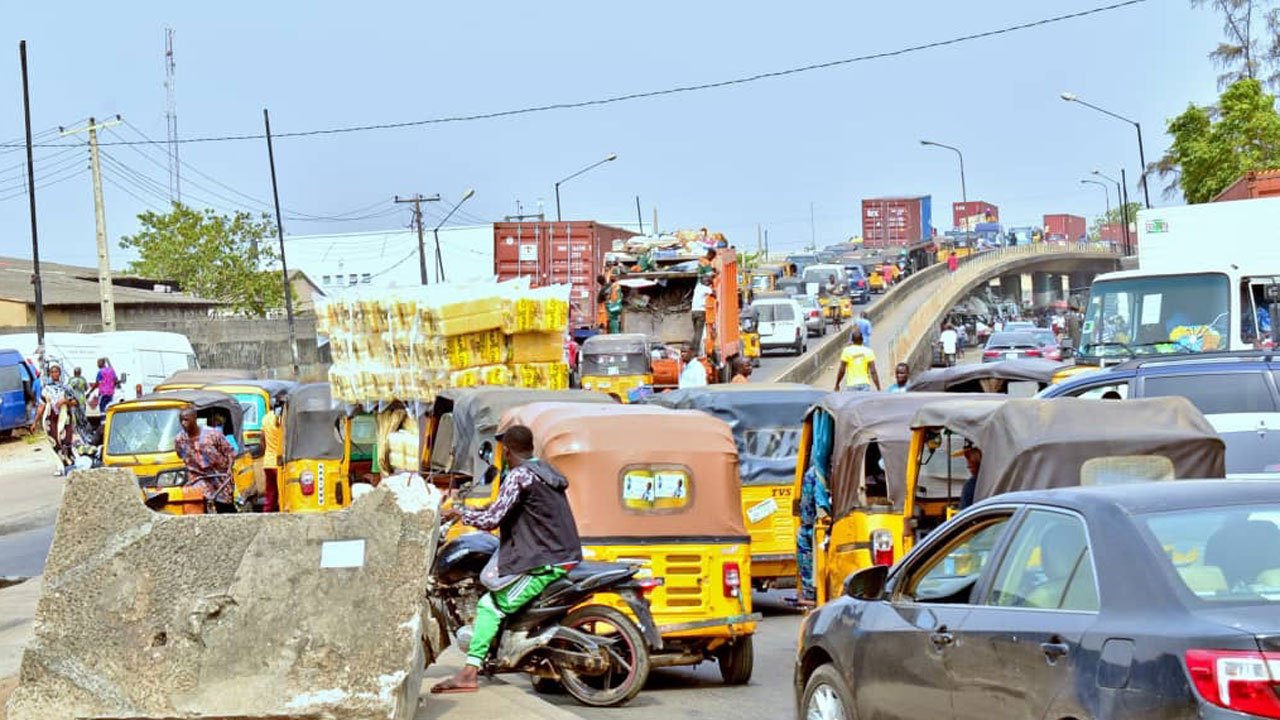 The bridge linking Isolo to Mushin

Residents of Isolo, Ejigbo, Mushin, Oke-Afa and environs will soon heave a sigh of relief as the motion sponsored by a member of the House of Representatives, Ganiyu Abiodun Johnson, on the expansion of the single lane Mushin-Isolo road from Pako Bus Stop, Isolo to Mushin, has been passed at the green chamber and work has begun after receiving the nod of the Federal Government.

The expansion would expectedly reduce congestion and logjam witnessed daily in the axis. The road, which was constructed in the 70s, is a major road connecting the mainland of Lagos to Isolo and also plays host to many alternative roads in the area.

Disclosing this at the weekend, Johnson said: “On completion of the project, it will enhance my desire to transform Oshodi/Isolo Federal Constituency II economically and also serve as a booster to the expectations of the constituents who spend an average of six hours on a journey that should not last more than 45 minutes.”

The lawmaker inspected the project site, which is being handled by the Federal Ministry of Works, in company of Omotayo Awosanya, Director Highway (Design); Chukwudi Sibeudu; Michael Alonge, and two representatives of Femi Gbajabiamila, Speaker of the House of Representatives, Hamzat Muyideen and Femi Ayinde Marshal.

Praising the Federal Government and Gbajabiamila for the feat, he assured the constituents that the appropriate agency or ministry would be mobilised to commence the dredging project in due time.

Johnson was optimistic that dredging Oke-Afa stream, which links Oshodi-Isolo Federal Constituency 2 to FESTAC, Apapa via Mile 2 to Marina would ease the gridlock encountered by Lagos residents in the constituency

The Oke-Afa canal was the site where hundreds of persons got drowned in the hyacinth-covered mud while trying to escape from the Ikeja Military Cantonment bomb mishap on January 27, 2002.