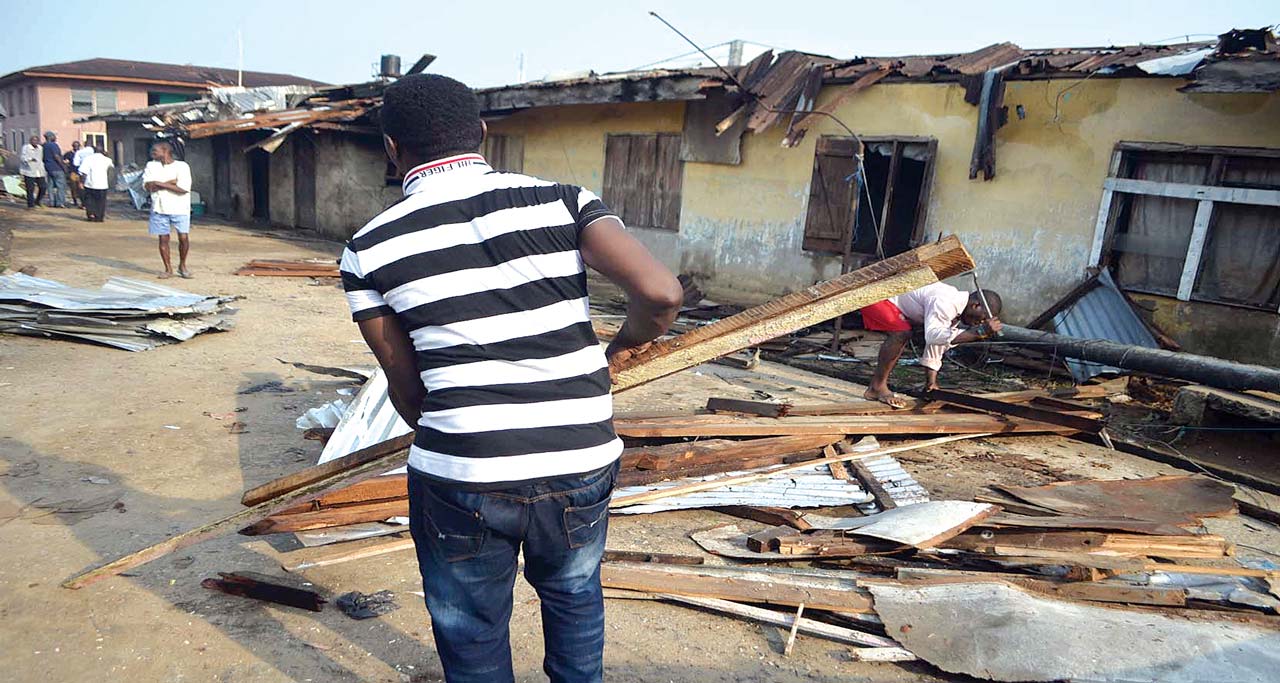 Scores of residents of Erimope Ekiti, in Moba Local Government Area of Ekiti State, have been rendered homeless as rainstorms destroyed no fewer than 200 houses in the community.

The rainstorm, which started about 6:pm on Friday, wreaked havoc on residential buildings in the town with some of the displaced now taking refuge in a neighbouring community.

Apart from private homes, the rainstorm also destroyed two public primary schools and auditorium belonging to a Pentecostal and Catholic denominations in the town.

Properties that were destroyed in those buildings were roofing sheets of different makes, kitchen utensils, foams, household materials, electrical poles and appliances.

While inspecting the wreckage on Saturday, the chairman, State Emergency Management Agency (SEMA), Captain Sunday Adebomi (rtd), described the incident as novel in the history of the community and the entire local government.

The SEMA boss said: “The Governor of Ekiti State, Dr Kayode Fayemi, was particularly happy that no life was lost during the storm, which affected about 200 houses in this town. We learnt over 1,000 residents had been displaced already.

“We are here to assess the level of destruction by the storm. The present administration in Ekiti State, under the leadership of Dr Fayemi, would do everything within its capacity to ameliorate the plights of the victims.

“The government commiserates with the victims and I advise our people to as a matter of urgency embark on planting of trees in their environment. The move would further avoid future occurrences of such an unfortunate incident.”

A community leader and victim of the storm, Mr. Oladipo Isaac, affirmed that more than 200 buildings were affected by the rainstorm.
He said: “Many houses including schools and churches had been blown off. We appeal to the government and and public spirited individuals to come to the aid of our community. This kind of disaster is happening for the first time since I was born 75 years ago in this community.”

In another incident, 20 hectares of cocoa and kola nut plantations had been gutted by a midnight inferno in Isan-Ekiti, hometown of Governor Fayemi. The SEMA boss, who also visited the ravaged farms, located on the Ipere-Ekiti road, described the disaster as unfortunate.