Politics is not a Game

by newsjar
in Business, Opinion, Politics
0 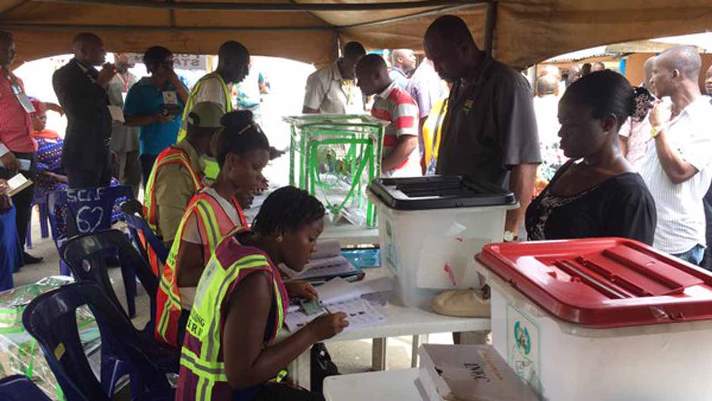 If politics is a game, then your life is a joke. This expression about politics being a game is as baseless as it is useless, and it is one of the paradigms that need to change about the way we view politics.

Democratic politics is not just some beauty contest of egotistic and highly confident people seeking high political office. Rather, it is the “collaboration of similar-minded people to create a positive influence in society through leadership and accountability”.

It is a collaboration because it requires the wilful participation of the candidates and the electorate and involves both sides working together. It is not about manipulation, deceit or coercion. In this collaboration there will be trade-offs and negotiations in the same way that any other human system operates.

It must also be about similar-minded people – this is why Socrates doesn’t spare us from the guilt of electing incompetent, corrupt and inept leaders. We are certainly accomplices when we either elect such people or allow such people to be elected without exercising our votes against them.

You see when you vote for a politician whose party uses violence, money or ethnicity to win elections, you are confirming that these are your own values too. After all, no one puts a gun to your head to vote for anyone and thankfully we are a multi-party democracy, so you are not restricted to the “devil” or “deep blue sea”.

Finally, according to this definition of politics, all of these are achieved through leadership which is essentially serving the needs of others and accountability – taking ownership in making sure things work and being transparent about all your activities.

If this is what politics is, then how can we then debase it so much by referring to it is a game. Unfortunately, we have reduced it to a power-game not just by the words we use but more so by our actions and deeds.

As we start to prepare for the next round of on-calendar general elections in 2023, we already see different types of candidates from across the society gearing up. Those who claim that they were not really interested, but have been called by their people, and those who are jumping from one party to the other to hedge their positions. We also have those who are re-packaging and rebranding themselves especially as champions of the youth in response to the hangover of #EndSARS and #Nottooyoungtorun, and even those who are champions of feminism – all in a bid to play the “game” to the gallery of the increasingly potent pool of women voters.

I have always been a proponent of a higher level of voter participation, but high numbers are not enough – this is what makes politics no better than a game of Ludo. It is not about numbers or the luck of a draw. It should be about much more.

It is more about meaningful participation and the quality of our participation. For democratic politics to take root in Nigeria and create good governance outcomes, we must get away from the “game” mentality and start taking it seriously.

I see people running programs and courses to equip aspiring politicians with the skills for contesting and winning elections and some even with the skills for sponsoring legislation, crafting policy and managing the economy. While these are very useful, I do not think that these are the skills that are most deficient today.

If it is to teach people how to win elections – then you are probably teaching them the way of voter-inducement, rigging, violence, godfatherism and ethnic politics that has been the dominant approach to winning elections in the last 20 years. If you are schooling them in public finance, economics, diplomacy and policy making – we have always had intellectuals and technocrats and it is certainly not for a lack of these skills that we are in a mess.

We should rather focus on some of the root causes of our democratic failures and equip people with these three essential skills. First, politeracy – the wholesome truth about politics and governance; then civication – the truth about how our society is organized, the role of Government and the rights of people, as well as our political history; and finally values reorientation that focuses on our common humanity (anti-ethnicity and anti-religious bigotry), anti-corruption and values-based leadership.

This education is required not just for those aspiring to high office, but for all Nigerians – the voting public, young children (voters and candidates of tomorrow), electoral officials and security agents who all have a role to play in what must be a new way (not game) of politics in Nigeria. #LetsGetInvolved