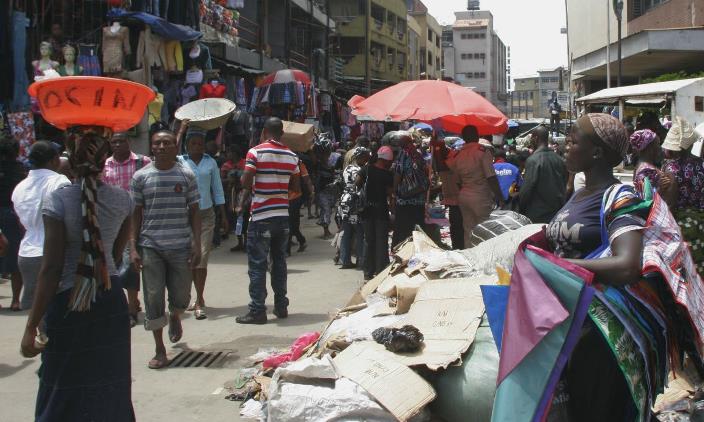 Clearly two years ahead of another round of a general election in Nigeria, politicians and even elected public officials seem to have abandoned their job in pursuit of fresh mandate.

If Nigeria is a cargo vessel sailing to a nearby habour to berth, it may likely not get to the habour because of the unbearable weight of the load, which is gradually sinking it.

Sadly, unlike the concerned ship captain, the politicians who run the affairs of this country do not care if the ship sinks, as long as there is a lifeboat to escape with.

The selfishness of the political class and their careless attitude about the welfare of the country and her helpless citizens are truly maddening. All they want is to retain or grab power at the expense of the electorate, while forgetting campaign promises.

Once again, the drums for 2023 are beating and the politicians are warming up to tell same stories again.

The figures tell it all. With a staggering 31.4 percent rate of unemployment, a figure, which is projected to increase in 2022, hyper inflation rate expected to average 13.9 percent this year, ranking among top poorest countries in the world, rising crime rate, one of the poorest healthcare systems in the world, among others, Nigeria leaves little or nothing to be desired.

Yet, the political class closes its eyes to urgent issues weighing the country down because it is benefiting from the rot, which it also created.

Many concerned citizens decry that when the present administration was campaigning for the first term in 2015, it promised to fight corruption and do things right for the benefit of Nigerians. But the regret is that corruption seems to wax stronger now, the economy is in a worst shape, the masses are suffering more and politicians are partying never like before.

“The economy had never been this bad. Imagine having recession twice in five years and under same administration. What else will government do than to increase taxes, punish the poor further, encourage crime and uphold favoritism,” Goddy Emele, a retired banker, said.

He blamed the mess on the weak opposition role by other political parties, which is a veritable tool to checkmate bad governance in a democratic setup.

“I love what APC did to gain power from PDP in 2015. If PDP will do the same thing now and other opposition parties join forces, APC will sit-up. Sadly, opposition is decamping to the ruling camp and singing same song now,” Emele decried.

However, Sukanmi Amao, a senior lecturer at the National Open University of Nigeria, lamented that the political class is getting away with a lot of things because of the docile attitude of Nigerians to national issues, even when things are wrong and need them to act.

“We often protest in the wrong direction. It should not just be #EndSARS, it should have been vote of no confidence in the present administration, recall of political office holders, who are underperforming and insistence on policies that will boost the economy. People are yet to protest against the killings across the country and areas where many were slaughtered by hoodlums still have governors, senators, rep members, and local government chairmen who don’t care, yet they are paid to represent people who are facing genocide,” Amao said.

Emele thinks that the politicians are not going to do anything about the economy now, rather use its recovery as a campaign promise for 2023.

“They have created several economic teams, held several meetings, contracted many economic experts, still nothing is working because the government is not sincere. Before the opening of the border, government was assuring of country’s exit from recession in the first quarter of 2021, when it knows that it was impossible. The government is not sincere and that is affecting any good plan it has for the economy and country at large,” Emele said.

Steven Ikile, a lawyer and an entrepreneur, decried that as usual, government is entering election mode now when it has two more years to work and fulfil campaign promises to Nigerians.

“2023 is two years from now and should not make government to lose focus. Again, why strategise ahead when they have rigging platforms to deliver the votes. I think, politicians in leadership should keep working till 2023, that is why we elected them and when the contract ends. How, I wish we can do post power impeachment like the US is doing to Donald Trump,” he said.

The sad reality, according to Ikile, is that the constitution made provision for the sacking of underperforming political office holders, but that Nigerians hardly take that sure route to good governance.

“If we have been recalling our senators, house of rep members, insisting on governors’ impeachment, and sacking local government chairmen that steal public funds, our country would have been better because power will truly be given by the people to who can perform,” he said.

The angry Ikile advised that Nigerians can still do the right things now by acting than waiting for politicians to buy their votes in 2023.

“We can sack vote buyers, destroy rigging machines and ensure votes count in 2023 by saying no and acting same to underperforming politicians. They have promised enough without fulfilling them, they have bought enough votes, it is our time to reclaim our rights, save our votes and fight electoral fraud,” he said.

Moreover, the lawyer does not see the present administration doing any major thing to boost the economy as the focus is shifting to 2023 elections, rather stealing money for vote buying.

At the moment, the ruling party is having a nationwide registration and membership revalidation exercise for which reason all the elected public office holders on that platform have gone to their individual state of origin to mobilise and to be captured.

This, no doubt, has pushed to the back burner, the job of governance. Apart from the fact that the exercise could affect decision making and attention to urgent issues, a lot of money is also being spent, which may not directly impact the poor masses in a recessed economy.

Bisi Akande, the pioneer national chairman of the APC, said this much while listing his reasons for criticising the revalidation exercise.

He said: “The second major perception is that APC leadership might be wasteful and unappreciative of the proper use of money in a kind of scanty economy in which Nigeria now finds itself.”

According to him, “These seeming ugly perceptions put into abeyance the applause of the two national election successes that the original APC register enjoyed since its completion on 15th February, 2014 and the over one billion Naira of 2014’s value that the original register cost when APC had no money of its own.”

Tunde Adeleye, a cleric, said: “As talk to you now, one or two governors are already talking about how to become president in 2023 – shameless, wickedness, callousness; when the people are suffering, and are hungry, you are planning to become president; what is wonderful about you? What is excellent about you? What have you done on record? I was in Okene two, three years ago; the road in Okene leading to Ogoja is hell on earth and you want to transfer that punishment to Nigeria again, upon what we have suffered so far; then we will just be like – now your suffering continues; nobody bothers.

“Already, there are paid propagandists that are announcing names of who is next. I don’t know, I have been in this country for this number of years and I have never seen any time as bad. The creators of Nigeria did not know that Nigeria will be like this; I am very sure if people like Ahmadu Bello, Awolowo, Zik; if they wake up and see Nigeria like this, they will die back, saying this is not what they fought for. So, there is no country.”

Oseni Ahmed, an APC chieftain in Lagos State, said: “Think it is a Nigeria thing that is running deep; they just believe when you perform in your first term, second term you should relax. They don’t want to waste the resources; because they think they may not come back, especially those in their second term.”

According to him, “It is norm in Nigeria that is bad. It stems from the way we play politics and you cannot rule that out for the bad governance we are experiencing in Nigeria. You can see some of them are already moving and realigning; it is a mentality thing that needs to change.

“Any time there is change of transition, a particular office holder or president is ending their tenure they tend not to focus on governance. I think what preoccupies their mind is their next ambition.”

Ahmed further said: “They are concerned about who would lose out; good economic policies often come out in the first term. In the second term it is about politics and the struggle of who succeeds who, and of retention of power. Look at Goodluck Jonathan; in his first term he did well; but in his second term, he started managing his reserves because he had other ambitions.

“I think they are afraid of where the ship is heading and they don’t want to fall. Being an Incumbent is not forever, it is part of the structural change we are advocating for.”

Olanrewaju Moshood Babatunde, a chieftain of the PDP in Lagos State, noted that there were “different faces to it.”

“In politics, governance and administration are quite different. The party management is different; people in government should be doing their work, while those in politics can do management of politics at the ward to the state and national level,” he said.

He said that the major problem with many Nigerian politicians is that they tend to abandon governance, the major reason they were elected, in pursuit of future ambition.

In line with most public affairs analysts, most Nigerians have not seen a messiah that will bell the cat as many are after what they will gain and not sacrifice.

For them, nobody has the interest of Nigeria at heart, and the few who do are not allowed anywhere closer to leadership.