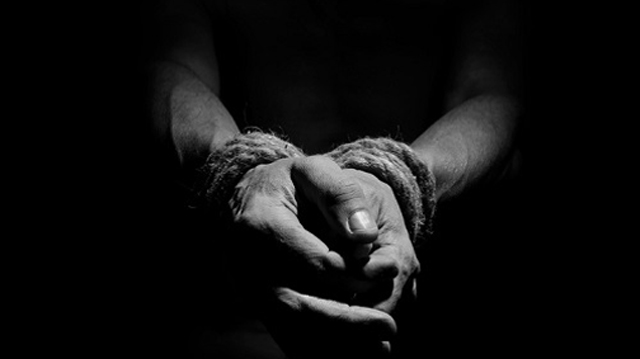 Man with a rope tied his hands PHOTO: Getty Images

The Police Command in Edo said it rescued seven kidnap victims and killed three suspected kidnappers during an operation in Ahor community.

This is contained in a statement in Benin on Monday by SP Kontongs Bello, the command’s Public Relations Officer (PPRO).

Bello disclosed that in continuation of the forest and bush combing promised by CP Phillip Ogbadu, the Commissioner for Police in Edo, the tactical team of the command and the local vigilante achieved this feat.

He said that with the seven rescued victims, and the 13 rescued last Saturday, the total number of victims rescued between Saturday and Monday were now 20.

The PPRO reiterated that the CP had promised to sustain the tempo and would not relent until the state was rid of kidnappers.

He said that the CP also sought the collaboration and partnership of stakeholders through information sharing, particularly from those around Ahor community and environs.