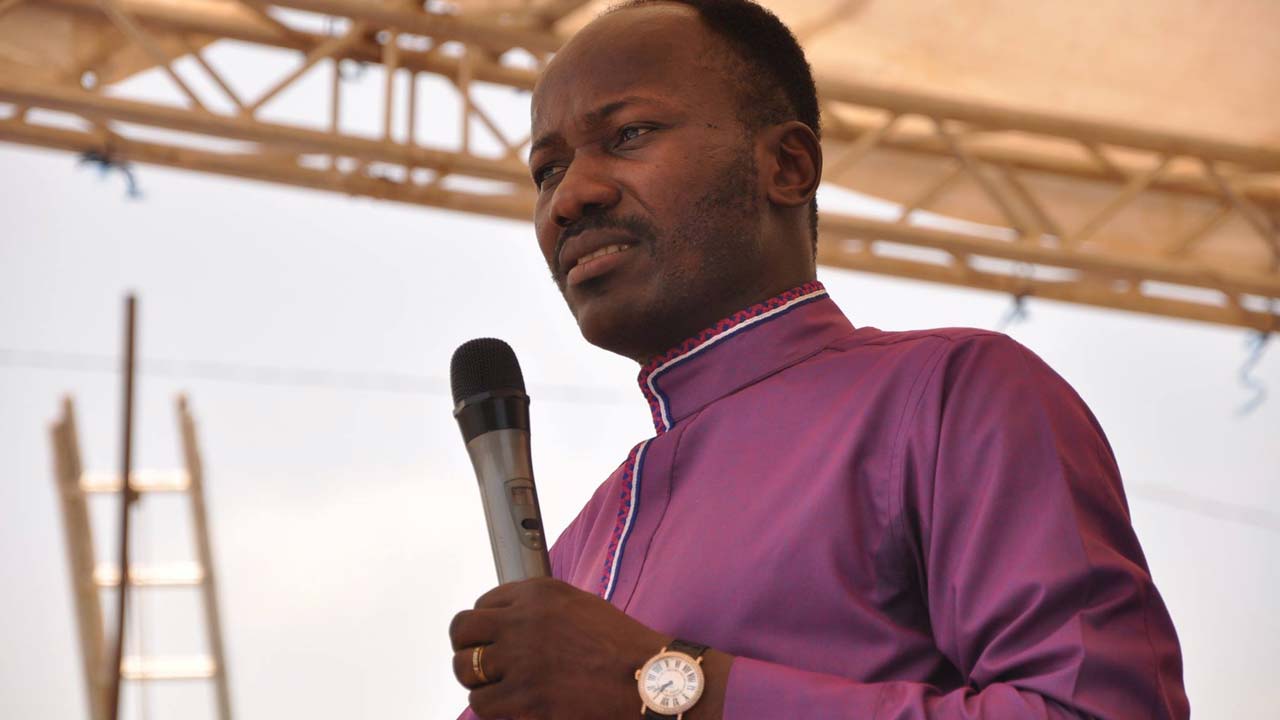 Israel was arrested on Wednesday by the police in Abuja after he posted a video clip of the clergyman on YouTube, praying for the audience to receive mysterious money alerts from Angels.

It was gathered that the high command may sanction the operatives who detained the blogger.

The blogger had analysed and condemned the video from two of the programmes of the church, one in Atlanta, USA, titled, ‘Impact 2021’, which was held in July and a June 2021 programme, Holy Ghost Conference 2021 held in Auchi, Edo State Nigeria, tagged, ‘Harvest of Miracle Money’, where the members of the congregation confirmed receiving alerts into their respective bank accounts from Angels.

He said the 38-year-old was interrogated by men of the FCIID over allegations of criminal defamation and cyber stalking of the General Overseer of the Omega Fire Ministries International.

Effiong said the formal interrogation was for about four hours, including the time they used in taking his statements, noting that part of his bail conditions was to provide two sureties with landed property and certificate of ownership in Abuja, and a Level 14 civil servant with either a letter of last employment or letter of introduction.

“We have somebody with CofO, and presented a Level 13 civil servant, which they accepted. But they insisted that the person should bring a letter of introduction, whereas the person has a letter of last promotion. Even though we said we will bring the originals tomorrow, they rejected it and put Balogun in the cell.

“The conditions are difficult and unnecessary given the nature of offence. There is no reason why the police should get involved, Suleman should have gone to court to file legal action if he felt he had been defamed,” Effiong said.

Meanwhile, Effiong, prior to Balogun’s release, lamented the intimidation and harassment of the Nigerian Police force on innocent citizens in favour of the affluential individuals.

“This is an attempt by someone who feels he has money and power to suppress a Nigerian he feels is vulnerable, but our message to Apostle Suleman is that we are not going to back down or be intimidated, we are not going to allow you to put us in a situation that will make you continue to harass other citizens.

He further challenged the pastor to prove that angels credited the account of his members, saying: “I came to the police station and I have not seen any of the Angels, I haven’t seen any of those who received the alert, we are still waiting for the Angels to show up. Suleiman must produce those angels. On no account will we relinquish on that demand, he has to produce those people to come and we will check their bank accounts to see their statements so that we will know from which bank of heavens these money came from.”

He also called on the pastor to assist the Government clear its dept through the help of the angels.

“I have also made a point earlier that the country is almost at the point of recession, the Government can barely fund, Nigeria is borrowing from China, Suleman has this grace of commanding angels to send money, why not help the country. Call these angels to send money to the federal account or the Treasury Single Account (TSA) to help the country out of the economic and financial crisis that it is going through,” he said.