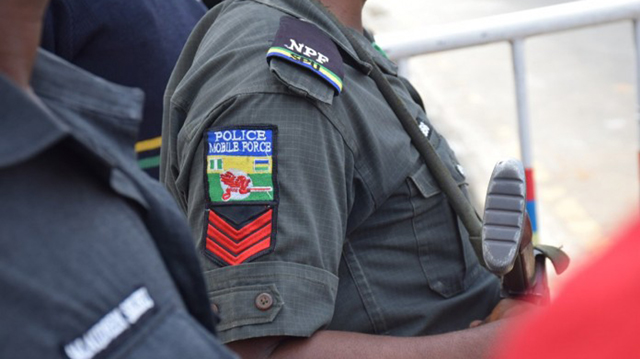 The Federal Capital Territory (FCT) Police Command, yesterday, paraded seven suspected electricity cables thieves. The Commissioner of Police, CP Babaji Sunday, who paraded the suspects at the Command Headquarters, warned that henceforth, anyone with the intent to commit crime should either repent or be prepared to face the full wrath of the law.

He disclosed that the suspects were arrested at Mpape and Masaka areas of the FCT, calling on FCT residents to aid the fight against crimes within the seat of power.

Babaji, who said he would consolidate on the legacies of his predecessors in office, noted that security was the business of every Nigerian.

According him, the command would work with the FCT Administration, sister security agencies and community stakeholders to nip crimes in the bud within the city.

He said: “I will consolidate on the legacies of my predecessor by ensuring that we enhance proactive intelligence based crime fighting strategies to nip crimes in the bud within the FCT.

“Without mincing words, I want to state categorically that no criminal elements will be tolerated within the FCT, hence anyone with criminal intentions should either repent or be prepared to face the full wrath of the law.”

The suspects included Usman Abdullahi, 37, and Sanusi Adamu, 30. They were arrested for stealing electricity high-tension cables in the Shere-Bwari axis of the city. Exhibits recovered from them were over 20 yards of high-tension aluminum cables.

Also paraded was one Justice Ezeogu, 36, with six bags of dried leaves suspected to be marijuana, who arrested in Nyanya area of the city.

He was said to have confessed to being a merchant of Indian hemp and will be handed over the relevant agencies for prosecution.

Another suspect was Ndifreke Samuel, 36, of Area 1, who was arrested for alleged one-chance robbery. He was also said to have met his waterloo when attempting to rob a victim of a Toyota Corolla with a sharp knife.