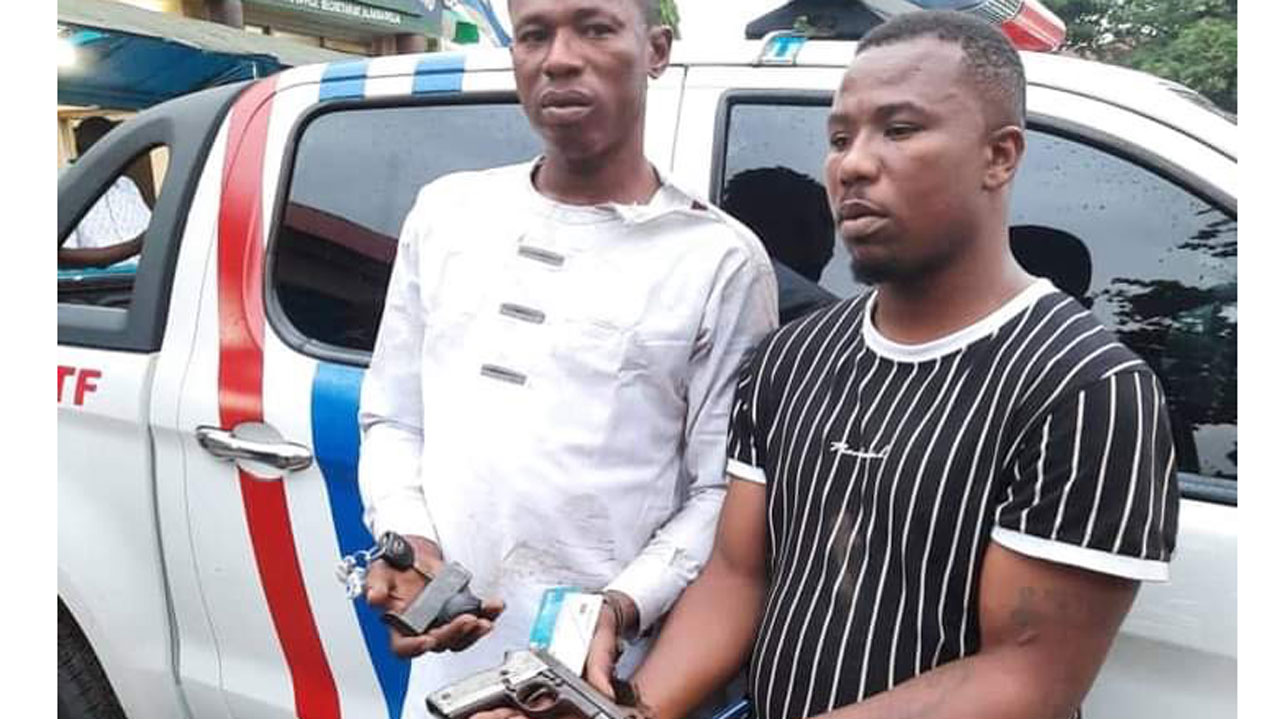 The suspects, namely Samuel Akabueze 31yrs  and  Onuoha Joshua 37yrs, were arrested inside a Lexus Jeep registered as LSD 666 GK.

The operatives recovered a locally made gun with two rounds of ammunition and ATM cards of Eco & Access Banks.
The 2 suspects confessed to belong to a  three-man robbery gang that specialises in snatching vehicles and robbing innocent motorists during traffic across Lagos.