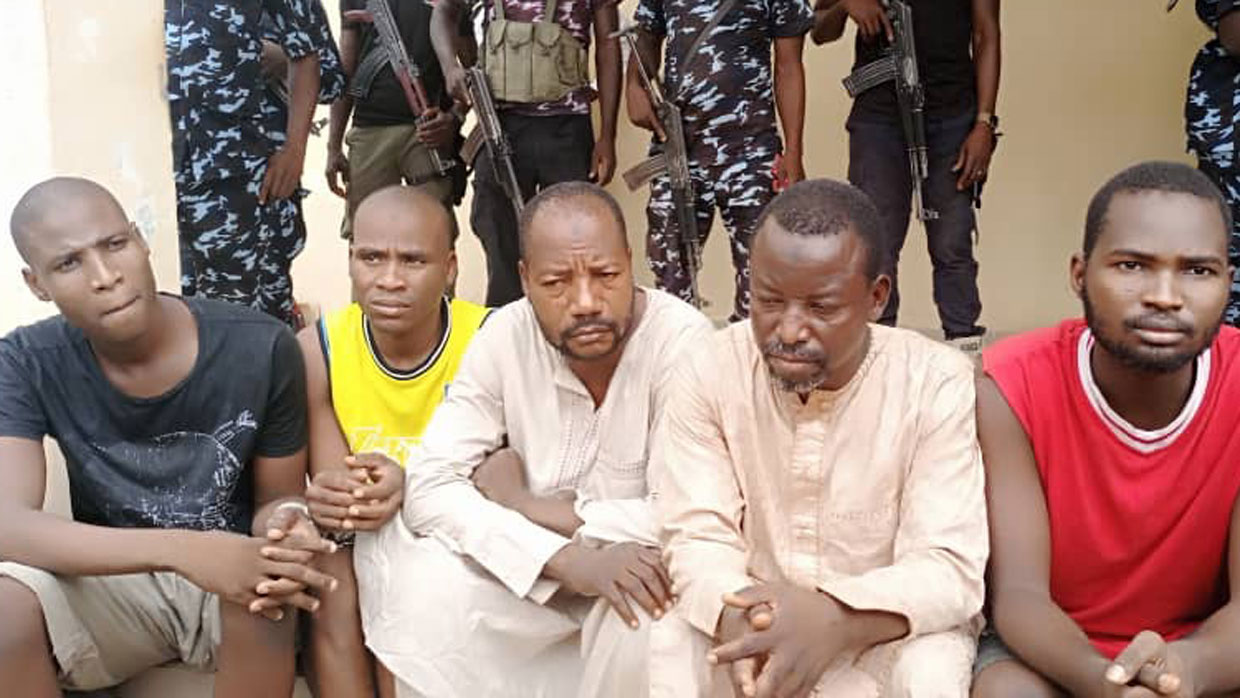 Some of the suspects

The Borno State Police Command has arrested 10 robbery and drug suspects. The suspects were arrested between April 29 and May 28 in Maiduguri, Jos, Kano, Yola, Abuja, Damaturu and Jalingo in Taraba State.

Announcing the arrests on Monday in Maiduguri, the Police Commissioner, Bello Makwashi, said: “On April 24, 2021 at 9:00p.m., Akachukwu Emmanuel and Isa Goni were arrested in Kano for robbing banks’ customers in the Maiduguri metropolis.”

According to him, the two suspects specialised in ‘trailing and robbing’ bank customers. Makwashi, who was represented by the Command’s spokesman, Edet Okon, said five suspects were also arrested in Maiduguri, Jos, Kano and Jalingo for stealing N23 million.

He said the suspects include Mallam Hamisu, Umar Samaila, Habibu Garba, Ali Yahaya and Mari Paul. He said: “While interrogating the suspects, they confessed of stealing N23 million from a vehicle parked at the Musa Usman Secretariat complex, Maiduguri,” adding that the suspects also confessed to robbing residents of Kano, Abuja, Sokoto, Jos, Damaturu, Zamfara and Jigawa states.

He noted that N14 million was recovered from the suspects, including five vehicles and six duplicate car keys.

He added: “Two drugs suspects were also arrested in Jajeri ward of Maiduguri metropolis and1,005 kilogrammes of cannabis sativa valued at about N3.5 million were recovered. He said all the suspects would be charged to court at the conclusion of investigations.