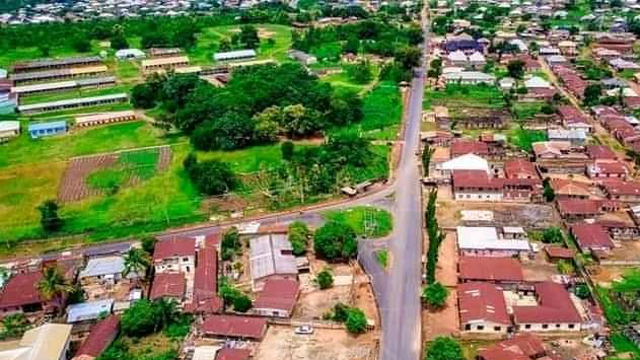 Eight members of the robbery gang, who attacked banks and security formations in Egbe and Odo Ere communities in Yagba West Local Council of Kogi State have been arrested.

They were arrested through combined efforts of security agencies, local hunters and vigilantes.

The bandits had last week killed four civilians, a police officer and a bank guard during their operations that lasted about an hour leaving residents to scamper to safety.

One of the victims, Taiye, a graduate, who recently got employed as a guard in the recently opened bank, was said to have received a shot in the head after the robbers’ repeated failed attempts to gain entry to the well-fortified bank’s vault.

The coordinated crime involving a number of males and female actors was extended to Odo-Ere, about three kilometres drive from Egbe, where a policeman was shot dead and a girl, whose name was given as Kehinde, was hit by robbers’ stray bullets.

Another victim identified as Brother Paul, a church chorister, was hit after he walked unto the robbers unsuspectingly.

The Guardian gathered that a combined team of security agents immediately swung into action and tracked the bandits into their hideouts, where an unofficial report said some of the robbers were killed.

Two members of the fleeing gang were also arrested by local hunters at Igbaruku, a suburb of Odo-Ere while begging residents for drinking water.

An eyewitness said news of their arrests attracted an irate crowd, who gathered at the police divisional station at Odo-Ere and demanded instant justice.

According to the witness, when the police failed to yield to their demand, the crowd became unruly and in the melee, an officer mistakenly fired a gunshot that led to the death of yet to be identified, two people.

“The irate mob retaliated, killed the erring police officer, and razed down part of the police station.

“On Saturday, three more members of the fleeing robbers were intercepted at Ejiba, while two others, who were trying to board a vehicle in nearby Isanlu, were arrested.

“The driver of the vehicle pretended like taking them on the journey but instead drove them into the police station.

“Two others were intercepted in Isanlu, during a stop and search operation when they were found to be in possession of N2 million worth of cash wrapped in an emblem of one of the affected banks.

“All arrested suspects have been moved to Kogi State Police Command in Lokoja, for further investigations and prosecution,” the witness said.

MEANWHILE, an indigene of Egbe and a two-term member of House of Representatives, Hon Sunday  Karimi, has expressed appreciation to Kogi State Governor, Yahaya Bello for mobilising prompt security response to the attack.

Karimi, in a statement yesterday, prayed for improved security all over Nigeria, stressing that the people of Egbe and Odo Ere were impressed by the swift response of the security agencies, especially the combat helicopters deployed for counter-attack and aerial surveillance against the bandits.