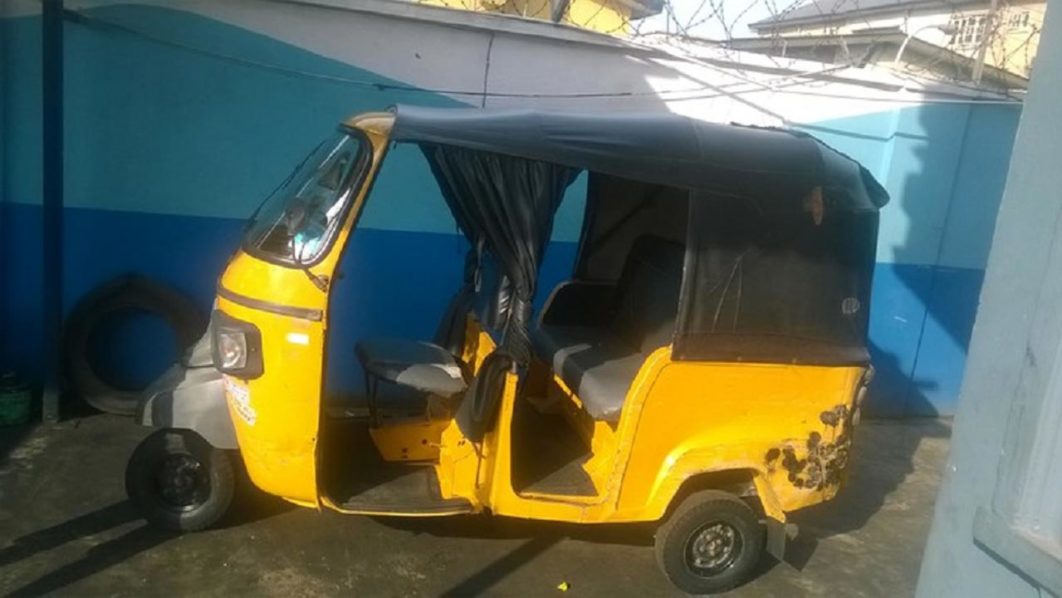 Every day, Rabiu (surname withheld) steps into his commercial tricycle (Keke Marwa) to work, he tries to avoid street urchins (agberos) that work as levy collection touts for the National Union of Road Transport Workers (NURTW), Police, and officers of the Lagos State Traffic Management Authority (LASTMA), a deadly trio he described as a threat to their livelihood and prays not to encounter.

“Speak with any driver around here, they will tell you the same thing, that these agberos, LASTMA and Police are our greatest problems. Unfortunately, we cannot avoid them. The three of them in particular are always devising new ways to steal from us, but these agberos are the worst, they are like cancer to us.

“Every day, I start work by 6 am and most days, it’s like I am working for this set of people. I ply the Cele-Gate-Cele route and we have two chairmen, one at both ends. We pay N800 at Cele and N700 at (Jakande Housing Estate) Gate daily, while on Sunday, we pay N500 at both ends. You cannot say you are not paying the money, else those agberos will remove your seat or even seize your key.

“The remaining amount is spent on feeding and ajo (contribution), which is between N500 and N1000, depending on sales that day.”

He continued: “Whenever it rains, work is dull, but they don’t care; you must cough out the money. Also, we pay N100 at every bus stop to the Police morning and afternoon. They don’t collect the money directly; they have ‘boys’ that stand beside them and collect the money.

“You can imagine how many bus stops there are between Cele and Gate and we pay N100 at each major bus stop. Once you pay their money, you won’t have any problem, as they will allow you to work. They do nothing for us; they don’t make our lives easier; all they do is take from us.

“We have no medical insurance, no cover, nothing. Yet, we are the ones funding their lives. That is why we keep passing the cost to the customers, just so we have something to take home every day.”

Collins (surname withheld), who plies the Cele-Isolo route, was pained by what he called grave injustice meted out to them daily. He lamented: “They have sold this state to agberos completely and because they are profiting from their activities, the government refuses to check them.

“LASTMA officials are also a thorn in our flesh, as they took every opportunity to fleece us in the name of traffic infractions. I manage to save about N2, 000 daily and at the end of the week, I put the money in the bank.

“I also work for a Chinese company and I ride my tricycle when I am off duty. None of these people help us in any way, especially the agberos. They don’t help ease the traffic, they don’t patch the roads with all the money they collect from us and God forbid, if any of us is sick and in need of help, you are on your own because they won’t lift a finger to help.”

For Samuel, a driver on the Ilasa-Isolo-Roundabout-Ago-Gate route, the monies they pay to agberos, which are unaccounted for, is something he has long accepted with fate. “When I ply the roundabout route, I pay N1300, while I pay N1500 at Isolo. Gate is the worst; we pay N2, 500 there, and N1400 at Ago.

“Police collect N50 at every bus stop and we pay N100 for security daily. This is the most painful, because exactly what are they securing us from?

“I start work at 7 am daily and after I settle agbero and the Police, I am left with about N4, 000 to N5, 000, out of which I buy fuel of about N2000, feed and do contribution. It’s almost like we are working for these touts, but what can we do? Most of us do hire-purchase and after removing ‘delivery money’ to the owner, we are left with barely anything.

“LASTMA and Police used to disturb us in the past, but the touts fought them and won, so I guess they were useful in that regard. After the lockdown was eased, the Ilasa Police turned us to their personal ATM. They will just swoop on us, arrest several operators and take about N5000 each from them, just like that.

“We have cried and begged anyone that would listen, yet this wickedness continues unabated. The touts at roundabouts are still a bit useful, but those ones at Isolo are completely useless. No matter what happens to you, they’ll never help you.

“Do you know the most painful part? If you try to revolt against these illegal taxes, others will report you to them and your tricycle will be ‘stolen’ overnight or they’ll frustrate you out of the business. The touts use the money to womanise, drink to stupor, eat excessively, host parties, and all kinds of useless behaviours.

“Look at the state of Ilasa roads, I dare say they are the worst in the whole of Oshodi/Isolo. Nothing is being done, yet they’re at every bus stop to rip us off our hard-earned monies. Everyone shares in the money- government, chairmen, and these touts. Some of our members tried to join them, but when they saw what was involved, they ran out.

“They’re forever trying to kill themselves to remain in that position and they will go to any length to remain there.”

Operators on the Ilasa/Idi-Araba expressed bitterness over the sufferings they encounter just to eke out a living. Speaking with The Guardian, Femi Adesanya recounted: “We’re forced to cough out N2, 300 daily to these agberos. Because I’m doing hire-purchase, after paying this money, I have to remove delivery money for the owner, else it would be taken from me.

“At the end of the day, I struggle to go home with N1000 as my own personal money after expenses. I am beyond frustrated.”

Kunle Ogunjobi, another operator plying the same route, said it has not been easy for him as a family man, as after paying the daily levies, delivery money and buying petrol, he is left with very little that can hardly take care of his family expenses.

Michael Chukwukere said: “We all carry full load, COVID-19 or not, so as to help us meet up. In-between the money we pay to agberos, increase in fuel price, and money we give to the Police, we are struggling.”

Another operator, who pleaded anonymity, said their union leaders are not helping matters, as they are only there to make money, while the operators are left at the mercy of the touts.

He also said that they couldn’t hike the fares due to stiff competition from minibusses (korope) and commercial motorcyclists (okada). “At the end of the day, it’s obvious we’re working for these touts and not for ourselves.”

He pleaded with the government to come to their aid so that after the day’s hustle, they can go back home with money commensurate with their daily stress.

Gabriel Olaoluwa, plying Ilasa-Isolo, said he has no choice but to carry the full load to enable him to pay ‘delivery fee,’ pay agbero at the park, buy fuel, and other expenses. He added: “At times I wake up at 5 am just to make some money before these agberos resumes.

“We had to increase the cost of transport because of petrol price hike and what we pay to these touts is too much. When we get to the park, we pay N200, at Salamotu, we pay for another ticket and when we get to transformer, we pay another N200. When we get to Oludegun junction, we’ll still part with another N100 and on getting to the final bus stop, we will pay N200. It’s very tiring.

“How do they expect us to survive after paying such amount of money daily? This is how we pay it morning, afternoon, and evening, every day. To be able to meet our daily needs, we just have to increase the price of transport.”

Israel Adeniji, another rider at Ilasa-Ago area, threw more light: “Fuel has gone up and we pay for tickets at almost every bus stop. That’s the reason we increased the fares and those agberos also increased the money they take from us daily. They want to collect owo loading, owo chairman, owo aaro, osan, and ale. It’s tiring.”

According to Obinna Orji, who plies the Sadiku-Ilasa-Toyota route: “Though the Police were disturbing us for carrying more than two passengers, but we settled them with N5, 000 and reached an agreement. While some passengers complained about the full load and increase in the fare, some who understand the situation of the country did not mind at all.”

Orji said he pays N2700 daily for tickets and still has to pay ‘delivery money’ to the owner of the tricycle, adding: “The payment has always been there, but it was recently increased and it is really affecting us. That is part of why we started carrying four passengers, instead of two.

“Though we have been enduring it before, recently, things have changed for the worse. We also pay N1000 to the Police, but the money is collected by one of our executive members on their behalf. Before, we used about N1000 fuel for a whole day, but now, this has also gone up.

“I am begging the government to look into this situation urgently and do something about the deadly trio of agberos, Police, and LASTMA officials before they send us to our early graves.”

When The Guardian approached one of the touts donning the green and white NURTW uniform that collects levies from the riders at Cele bus stop for comments, he refused to disclose his name, saying his only business is simply to collect money from the riders, make returns and keep the profit for himself.

“I don’t know or care how the money is spent; I have a daily target that I must meet. That’s the only thing that concerns me.

“If you have any other questions, talk to the chairman,” he said as he walked away.

Obiano did not endorse anyone for APGA guber ticket – Okafor