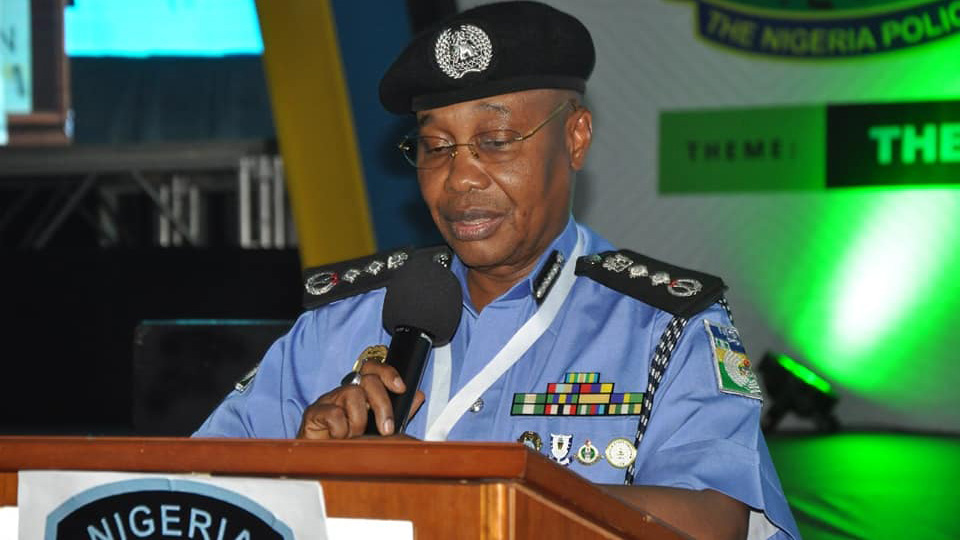 The Police Service Commission (PSC) headquarters has denied its support for the elongation of IGP Alkali Baba’s tenure.

According to its spokesman, Ikechukwu Ani, “The attention of the Police Service Commission has been drawn to an online publication in Supremenewsng.com where the Commission was said to have endorsed the tenure elongation of the current Inspector General of Police, IGP Usman Alkali Baba.

It went further to quote the Honourable Commissioner ” If the IGP feels that it will affect effective monitoring of the elections, let him write to the President for their extension, We(PSC) have no objection”

“The Honourable Commissioner has since denied making such statement, stressing that he was obviously misquoted.

According to him, he told the online publication that it was the prerogative of Mr. President to decide.

“The Commission therefore wishes to state that it has not endorsed any tenure elongation for the current Inspector General of Police. As a matter of fact the Commission was never contacted on this subject at any time.

“It notes that it will always commit itself to the letters and spirit of the laws of the land and will not at any time support or encourage any attempt to subvert these laws.

“The Commission wishes to appeal to the media to avoid unnecessary sensationalism in an attempt to attract huge readership.

The Commission will also continue to work to ensure an effective and efficient Nigeria Police rooted in the rules and regulations governing it’s operations.”

Chairman of the Joint Service union, PSC chapter, Mr Adoyi Adoyi told The Guardian: “Well-meaning Nigerians must rise the occasion of the impending day light robbery which is about to be perpetrated through the suggestion of the minister of Police affairs to the effect that the IGP’s tenure would continue after March 1when he should normally retire on account of age. But that is not the case. We must also note that, despite the prerogative powers of the President, he is limited to provisions of d constitution.

“The IGP’s retirement is a statutory and constitutional issue and no other laws of d land can change the grundnorm even though the President is being manipulated to extend his tenure by an act which in fact states that, for an IGP who’s so appointed to enjoy that clause of 4 year tenure as stipulated in the Police Act 2020, such an IGP must also have, not less than four years remaining in service.

“We should also be better informed here, that several positions of the Police Act 2020 was set aside by the court of appeal in its judgment on the case between the Police Service Commission and the Nigeria Police Force, for being in contravention of the constitution, which is the grundnorm.

“Now, the very big concern is, how people who are supposed to be guiding the president to offer quality services to the nation, continue to misguide and ill advise him, how personal agrandizement threatens to choke the system and stunt the career progression of those down the rung the organizational chart of the career structure of the Nigeria Police.”