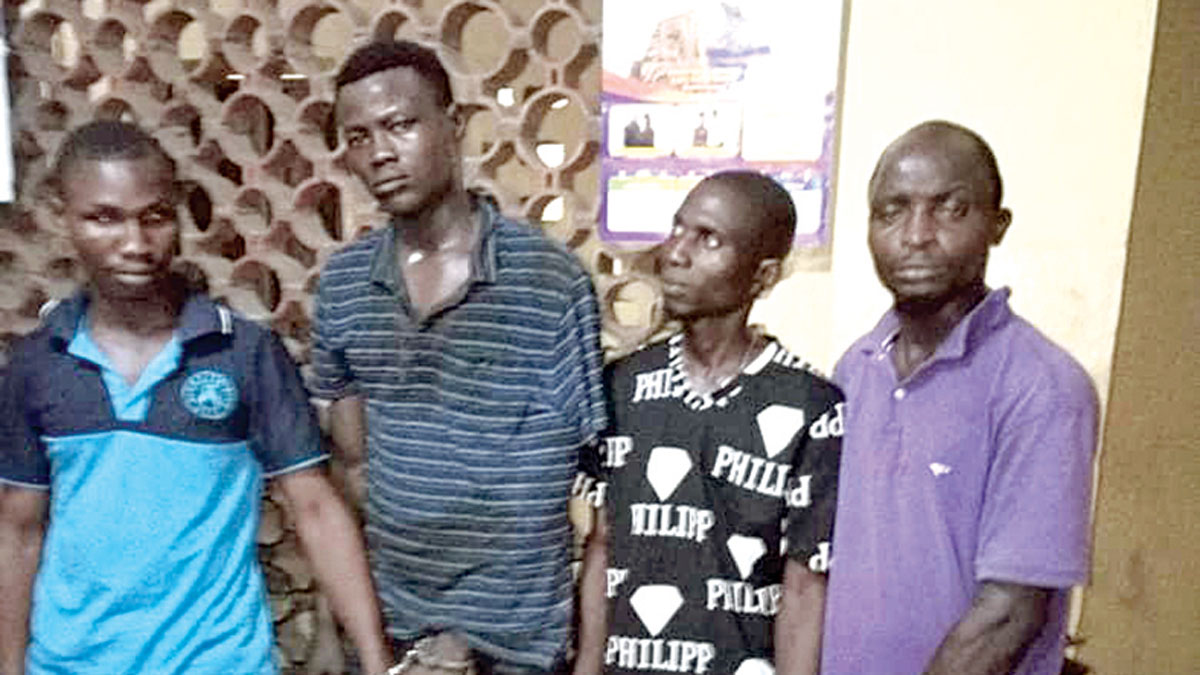 Lagos State Police Command has arrested eight suspected traffic robbers in Ketu area of the metropolis. Operatives of the command attached to Bariga Division have also arrested four alleged members of the Oodua People’s Congress (OPC) for allegedly beating and stabbing one Tochukwu Chidi, 35, of No 76, Arobadede Street, Bariga, to death after an argument with them at Temple Street, Bariga, Lagos.

Five of the suspects were arrested on Thursday, February 11, 2021, around 10.30p.m., by a team of RRS operatives led by the commander, Rapid Response Squad (RRS), CSP Olayinka Egbeyemi, around Motorways end of Ketu, while the other three suspects were caught in the act by another RRS patrol team at about 6.am on Friday, February 12, 2021.

One of the suspects, Amos Abayomi, who was arrested with a machete inbetween traffic in Ketu, Lagos, disclosed that he often robbed in traffic with a syndicate of other hoodlums, especially in the morning and at night.

He further explained that there were instances where motor boys working in Ajelogo Park, Ketu would use their trucks to block the highway at dawn, thereby creating artificial traffic so that they could feast on motorists and commuters held in traffic.

Abayomi, who had dispossessed a young lady of her Tecno Spark4 phone shortly before he was arrested, noted that traffic robbery at dawn and night was all he did for a living. He also disclosed that he had handed over the phones he collected to one of his colleagues, Akube (now at large) before he was arrested.

He also confessed that Monday Obayemi, who was equally arrested with assorted hard drug, robbed and sold hard drugs in traffic to the suspects and other criminals.

Items recovered from the suspects were weapons, assorted charms, mobile phones, wraps of substances suspected to be cocaine and other hard drugs.

The suspected OPC members, who stabbed one Tochukwu Chidi to death in Bariga, had attacked the deceased and inflicted injuries on him. He was rushed to the General Hospital, Bariga, for treatment before he was confirmed dead.

The suspects are Sunday Onilede, 35, Azan Razak, 35, Abdullahi Ibrahim, 29, and Fatai Taiwo, 40. In another development, operatives attached to Surulere Division arrested one Peter Arinola at Empire area of Surulere, Lagos State, with an English pistol while he was negotiating and harassing one lady “prostitute” for sex.