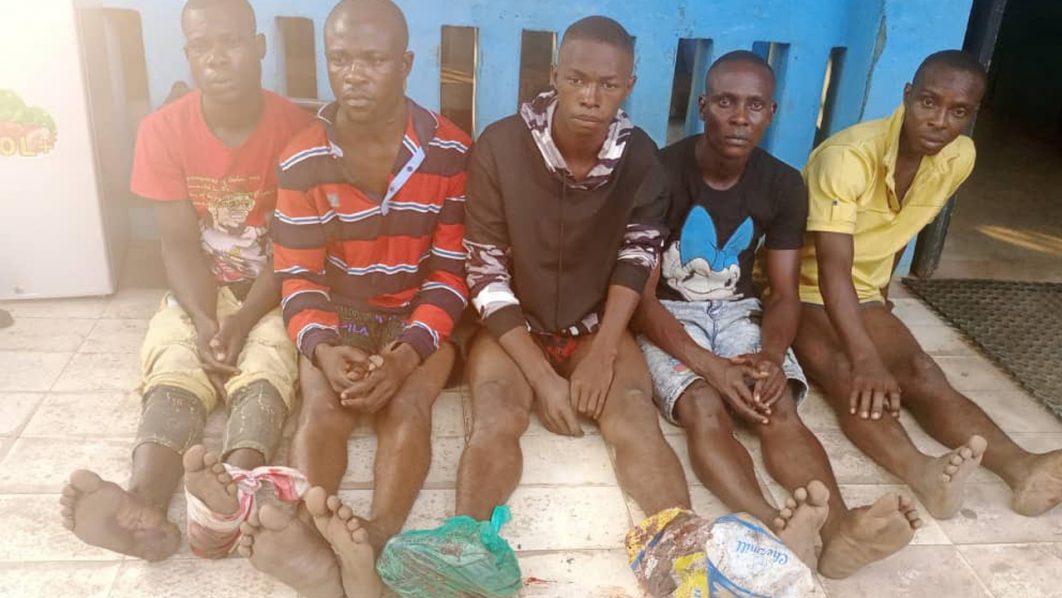 “On 26/7/2021, at about 1830 hours, the command’s tactical team attached to the Divisional Police Station, Ohaji Egbema, acting on a tip-off, arrested one Obieze Chima “M” aged 34 years of Umuoboke Obile in Ohaji Egbema LGA of Imo State, a notorious armed robber, and kidnapper whose syndicate has been terrorising the state, after a serious gun battle, where he sustained bullet injury on his leg.

“On interrogation, he confessed being a member of the Proscribed Indigenous People of Biafra (IPOB) and has featured prominently in most of the armed robberies and kidnappings in the state with his gang leader, popularly known as ‘Emperor,’” the police statement said.

According to him, the suspect was later transferred to the state command’s anti-kidnapping unit on July 27, 2021 about 0830 hours, for detailed investigation.

“Recovered from them were twenty (20) rounds of AK-47 rifle live ammunition and five (5) rounds of live cartridges. On their way back to the station, two of the suspects, Darlington Nwokeocha and Chinedu Dike, attempted to escape but were shot on the legs, thus were demoblised and rearrested.”

Also confirming the arrest, the statement said the suspects were alleged members of a dreaded cult group.

“While proceeding to the station, three of the suspects attempted escaping, but were demobilised and rearrested. They are currently receiving medical attention at The Nigeria Police Clinic Owerri, Imo State.”

Meanwhile, investigation is ongoing and efforts are on to recover their Ak-47 rifles from where they confirmed to have concealed them.

“The Commissioner of Police, Imo State Command, Abutu Yaro, while commending the officers and men of the command for being proactive in nipping violent crimes in the bud, thanked the residents and citizens of the state for their supports and urged them to supply the police with credible information that will assist in interception of criminal elements in the state,” the statement concluded.