Ahead of the forthcoming Local Government elections in Plateau State, a group under the aegis of John Goldana Campaign Organisation (JGCO) in Kwal, Kanke Local Government Area of the state, has said it will resist any attempt by the leadership of the All Progressives Congress (APC) to substitute its candidate, John Goldana, who scored 1,165 votes to emerge victorious in the recently conducted primary election in the council, with someone who scored 17 votes in the exercise.

The group also said it had to address the media despite the fact that the exercise took place a week ago, because the social media has been awash with stories of congratulatory messages that one Henry Gotip, who scored 17 votes won the primaries.

DAILYPOST gathered that the APC Local Government primary elections was slated for a week ago, but could not take place in some councils as it was alleged that while some candidates and those who were supposed to participate in the exercise were waiting, news filtered in that candidates in some councils have emerged. 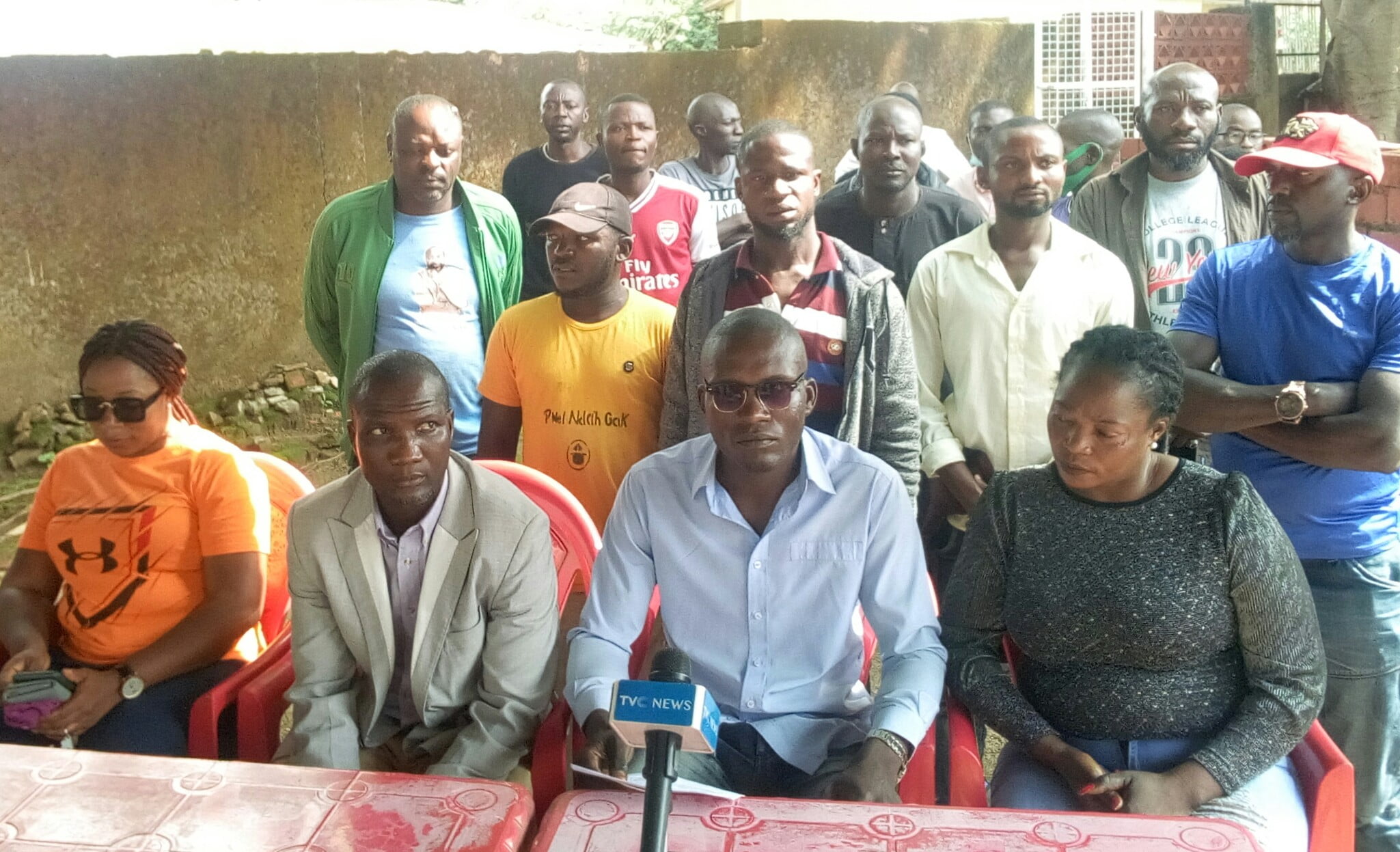 After the purported primaries, last week, the APC aspirants in Quaan Pan Local Government took to the streets to protest against the imposition of candidates without primaries.

The aspirants with their supporters besieged the party secretariat in Doemak to express their grievances.

According to Mrs Magdalene Nanyil, a chairmanship aspirant on behalf of other aspirants, the chairmanship and councillor primaries did not hold in the area.

Nanyil said the purported names of candidates allegedly submitted to the party executive were not the mandate of APC in Quaan Pan.

“This afternoon (Thursday last week), we were informed that names of candidates from Quaan Pan LGA have been submitted to the party secretariat in Jos. 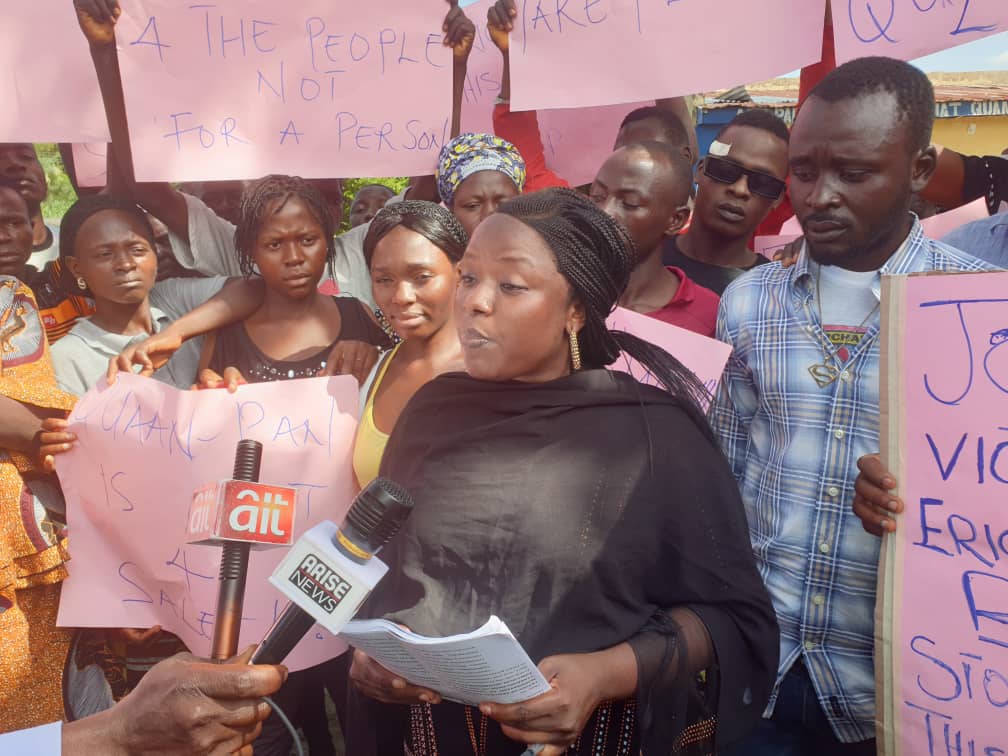 “We won’t accept that; that is why we are calling on the leader of the party, Governor Simon Lalong to quickly intervene so that the decision can be reversed for the interest of all party faithful.”

She described the decision as the “injustice of the highest order” and won’t be tolerated, threatening legal redress.

Protesters were seen carrying placards with various inscriptions accusing some APC stakeholders from the locality of masterminding the act.

They alleged further that APC party stakeholders of Quaan Pan shortchanged popularly accepted aspirants at the detriment of a few individuals.

It was observed that the APC Secretariat in Doemak looked abandoned, it was under lock and key.

However, John Goldana Campaign Organisation (JGCO) on the other hand is saying primary elections were conducted in their council (Kanke LGA).

Addressing journalists in Jos, the State Capital, Director General of the Campaign Organisation, Hon. Zumji Lazarus, said, “We have been compelled to address the Press following the recent Primaries of the All Progressives Congress (APC) in respect of the forthcoming Local Government Elections which cannot be said to be credible and transparent in most of the State Electoral Wards in the State.

“Our concern is the recent process adapted for the Primaries for Kanke LGA Chairmanship Candidate. As far as we are concerned, the process is a complete charade and a rape on democracy”, he explained.

Lazarus said, “Between 23rd and 24th June, 2021, Primary Elections for Chairmanship and Councillorship aspirants were conducted in some Wards across the State.

“It is clear from the above results that our Aspirant, Mr John Goldana has the highest number of votes cast.

According to him, “On the 27th June, 2021, the Field and Operations Sub-Committee of the Main Election Planning Committee summoned the 9 Aspirants and after discussions, they agreed that the Party could use whatever criteria it deemed appropriate to select any of them as the Chairmanship candidate for Kanke and that they were ready to cooperate with whoever was selected. They also stated that appropriate refund in respect of Nomination Form should be refunded to the remaining eight aspirants.

“However, events took a different turn on the 29th June, 2021 when the aspirants were urgently summoned at the Government Lodge and informed that the Primaries would be conducted between and among themselves.

“Some of the aspirants were taken aback as this was against their earlier decision. At the end, they were cajoled into voting within themselves with the following emerging in the 1st and 2nd positions: Henry Jan Gotip – 4 votes and John Goldana -3 votes.

“This process allowed the aspirants to vote for themselves. The two names would be forwarded to the Governor to select one as the candidate for Kanke LGA.

“This is suspect as two names should have been picked from the first two aspirants who got the highest votes in the election of 24th June, 2021, that is John Goldana and Dr. Koptong G. Bangs.

“We see this process of selection as fraud with danger and is inimical to the Party’s success at the polls”, he warned.

According to him, “The clique which is perpetrating this illegal act claim they are acting on the instruction of the Governor who is the Leader of the Party. We do not want to believe this story because it is clear that political interests and pecuniary benefits have come into play in the whole process.

“It is indeed an agenda which is being masterminded by a minority group for 2023. Their mission is to ensure that the most popular candidate is relegated to the background as he is not in tune with their political agenda.

He however said, “While the official announcement is yet to be made from the appropriate Quarters, the Social Media is awash with stories and congratulatory messages that one Henry Gotip had won the primaries. This is fraudulent and not acceptable to us.

“We believe in the unity and cohesion of our great Party. We also believe in internal democracy within the Party as we look towards our Party winning the Local Government Elections in October 2021 as well as the 2023 General Elections.

“We are therefore calling on the Governor who is the leader of the Party to ensure that justice is not only done but should be seen to be done in the process of coming up with a credible Chairmanship Candidate.

Meanwhile, the State Secretary of the party, Mr Bashir Musa in a response said following the successful conduct of the APC primary elections; “However, our attention has been drawn to an unauthorized circulation of a fake list of purported winners of the elections on social media.

“Members of the party should disregard the message and avoid making statements that will promote the agenda of mischief makers.

“This clarification has become necessary in order to ensure that no member of the party is misled,” he said.