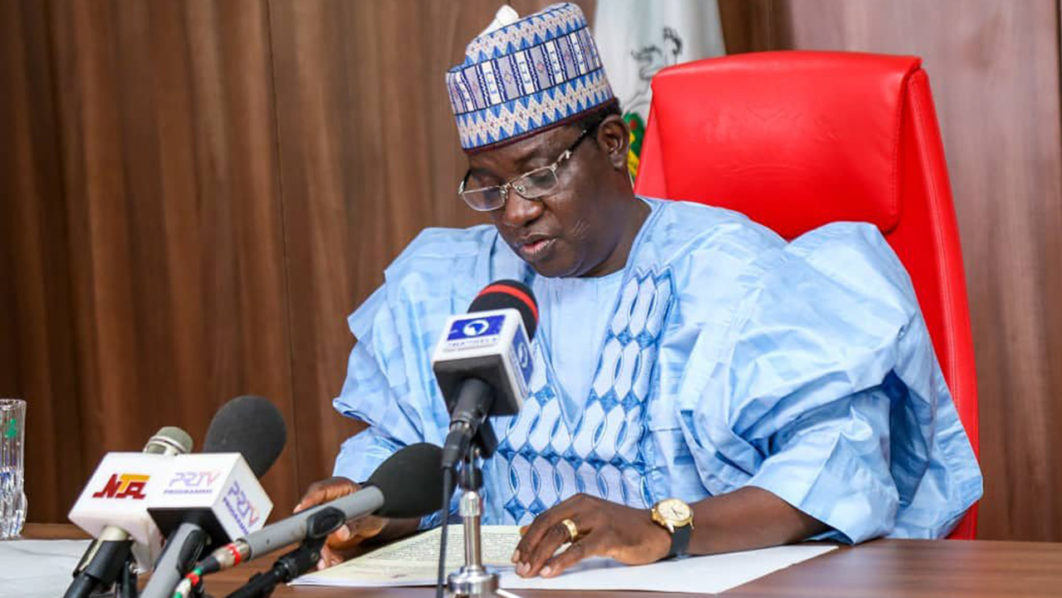 Gov. Simon Lalong of Plateau has vowed to deal with promoters of false information on social media targeted at inciting crisis in the state.

The governor stated this while briefing newsmen on Monday, after an assessment tour and visit to some injured victims of the Aug. 14 massacre along Rukuba road in Jos North Local Government.

The governor expressed displeasure over the use of social media platforms by those he called merchants of conflict since the attack, saying the government would arrest and deal with them to serve as deterrent to others.

He stressed that the massacre, which was perpetrated by criminals, has unfortunately been given ethno religious coloration to destroy the relative peace enjoyed in the state.

“We will not allow religious crisis in the state.

“People should stop the issue of sending wrong messages. Many of the issues that happened are as a result of that.

“I assure you that we are going after those people sending wrong messages leading to killing of people,” the governor added.

Lalong said that the Federal Government had deployed more policemen and other security agencies to control the situation, while arrests have been made as investigation continues.

“This is a clear warning to everybody who will want to use this opportunity to bring back what we have already forgotten, This is the time to deal with such people no matter their status,” he stressed.

The governor said the visit was to monitor the level of compliance of the 24 hour curfew in Jos North Local Government imposed by government to enable security agencies fish out perpetrators of the crime.

He sympathised with those affected by the incident and assured people that government was committed to ending the security challenges in the state.

News Agency of Nigeria (NAN) reports that the governor along with heads of security agencies in the state visited patients of the massacre on admission at Birmingham University Teaching Hospital and Plateau Specialist hospital.

The governor had on Aug.14, imposed a curfew from 6pm to 6am in Jos South, Bassa, and Jos North Local Governments.
The curfew was later reviewed to 24 hours in Jos North LG.