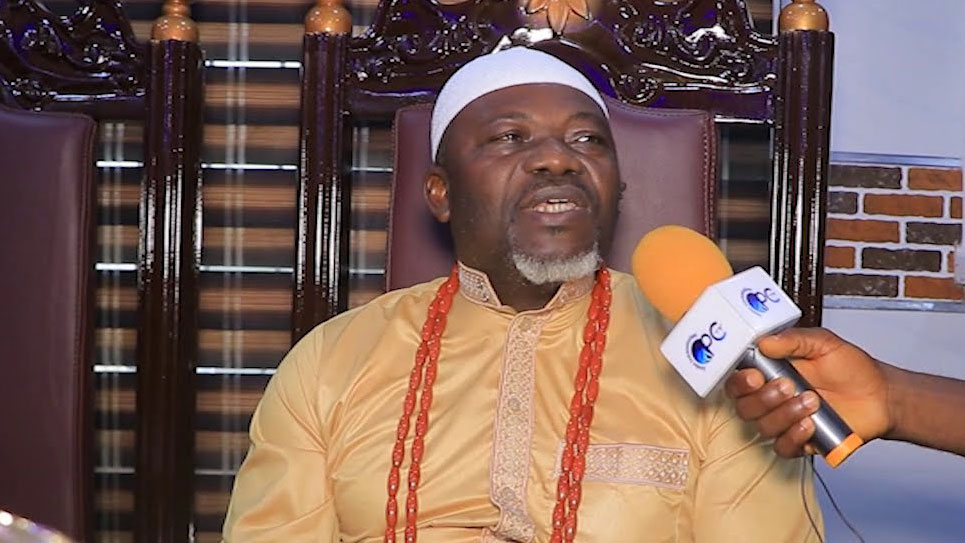 The event, held at the palace of Oniba of Iba, Oba Sulaimon Adeshina Raji, was witnessed by traditional rulers, government officials, dignitaries, family and friends of the new chief.

Presenting staff of office to the new Baale at the installation ceremony, Oba Sulaimon Adeshina Raji prayed for the progress of Ijeododo and expressed hope that his emergence will bring development and attract good things to the town.

The Baale, who succeeded the late Chief Tajudeen Suberu Ododo, is a businessman, philanthropist and a member of the ruling Ododo family.
Speaking after the installation, Ododo, gave thanks to God for his election to the office, saying it is the Almighty that crowns kings and raises leaders.

He expressed appreciation to the Ododo family for picking him to rule the community. He observed that he didn’t even anticipated that he would ever get to the position, because he still has elders in the family ahead of him, though people have been telling him for years it would happen. The Baale was grateful that God accented to the people’s wish for him and promoted him to the position.

Ododo, who is known for his efforts in social interventions in the community, assured residents he would bring more developmental projects to the town and give it a facelift.

He, however, appealed to the state government to expedite action of the Ijeododo -Abule Ado link road and also promote good health by constructing a health centre and a general hospital for residents, assuring of adequate land for developmental projects.
The monarch after the coronation, rode into Ijeododo with funfare, dance and singing.