PDP governors give condition to avert war in Nigeria 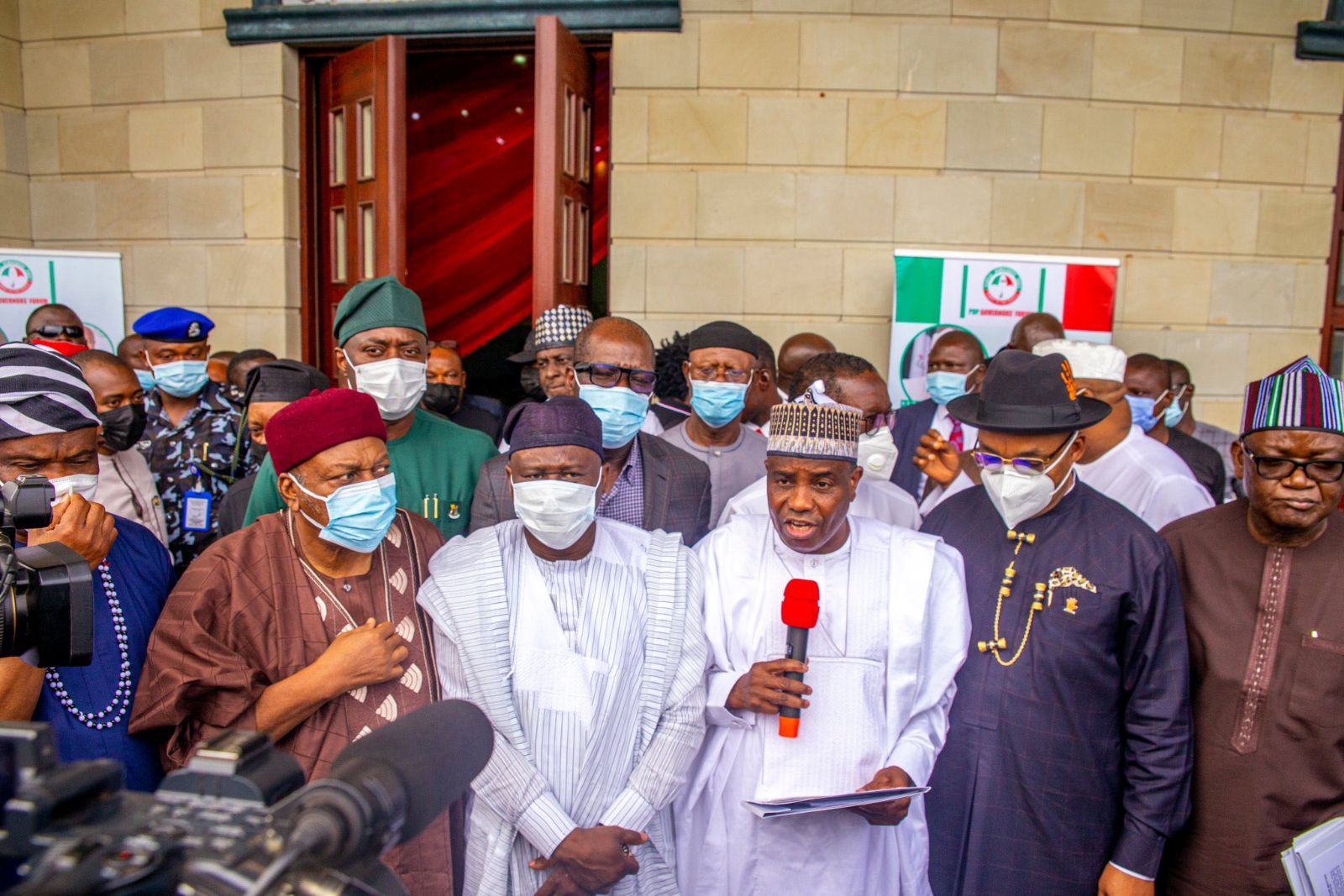 An Unspecified number of women have been abducted by suspected members of the Boko Haram sect who attacked a community in Adamawa State.

The insurgents also killed five people, destroyed houses and other property and made away with belongings of residents, a source said.

DAILY POST gathered on Saturday morning that the insurgents stormed Kwapre, a village in Hong Local Government Area of Northern Adamawa on Friday evening, shooting randomly and picking up the women.

A source around the area, Innocent Geoffrey, told our correspondent on phone that the attackers were first thought to be herders out for vengeance attack, but later manifested their Boko Haram tendency, seizing the female residents they could lay their hands on, as residents scampered for safety.

“Right now ,there is no single person in Kwapri, everybody has fled the community,” Innocent said during the conversation Saturday morning.

The Member representing Gombi/ Hong Federal Constituency and Chairman, Committee on Foreign Affairs of the House of Representatives, Rt. Hon Yusuf Buba Yakubu who repesents the affected community in the National Assembly, reacted to the development with a statement expressing his concerns.

He said the insurgents who besieged Kwapre village in Garaha Ward of Hong LGA, killed and maimed unsuspecting community dwellers, destroyed homes and property and abducted some people.

“This latest attack on the innocent and peace- loving people of Kwapre is another senseless and cruel act of cowardice on a community that is renowned for peace, industry and serenity,” the lawmaker said.