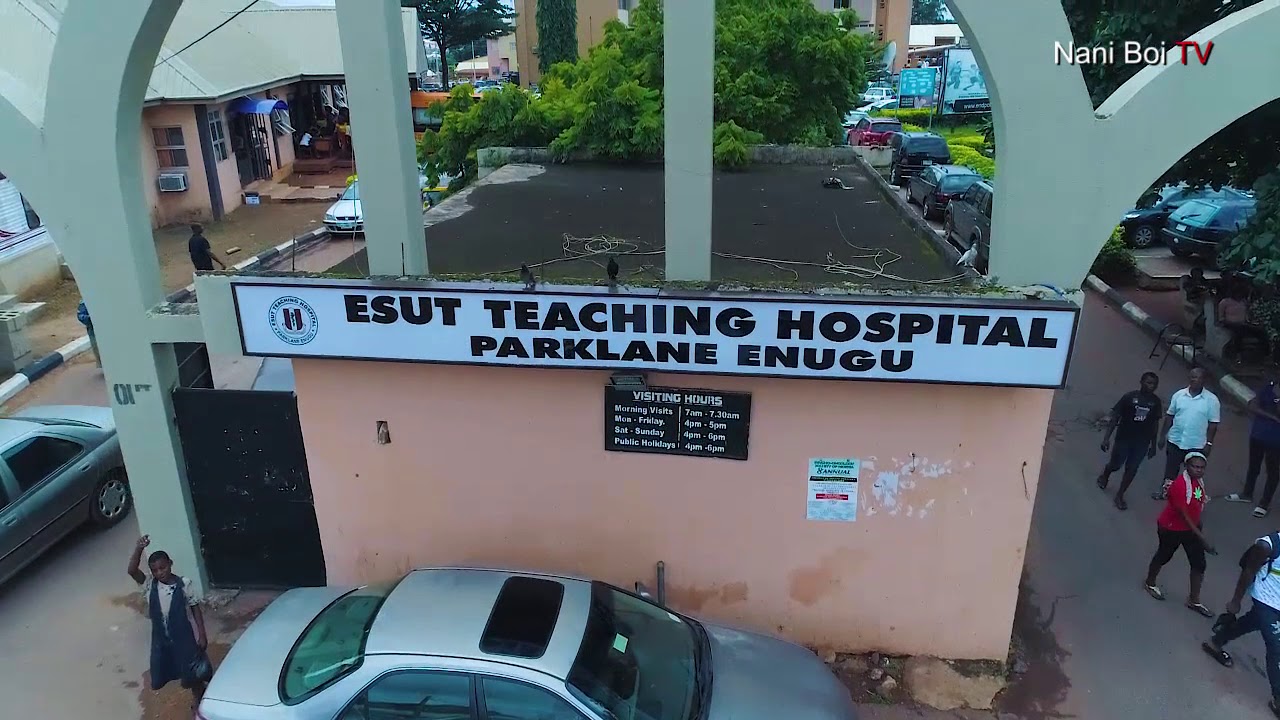 Patients and their relatives have protested alleged poor food and sanitation at the Enugu State University Teaching Hospital (ESUTH), Enugu.

They also protested alleged nonchalant attitude of medical workers, especially those on emergencies, which is said to have caused several deaths at the hospital. Parents of 15-month-old Daniela, Mr. and Mrs. Leonard Onuchukwu, ignited protests and were joined by other relatives of patients in the hospital yesterday when they refused to pay the bill given to them for the meals served to their daughter during her treatment. Daniela never ate the meals as they were allegedly unfit for human consumption. They were said to have paid other bills but refused to pay for food and were prevented from leaving the hospital by security men which led to an uproar and the police were invited. Relatives of other patients joined the protest, alleging that meals served at the hospital were very poor.

Meanwhile, it was gathered that the hospital suffers water scarcity. Patients were said to be buying water for drinking and bathing from outside the hospital premises.

Addressing journalists before he and his wife were whisked away by the police, Leonard, who had earlier insisted that he would not pay for the meals, said his daughter was admitted into the hospital last Saturday. He said if he did not create a scene when the girl was brought, she would not have been attended to. “The food they gave us was poor.

The tea looked like goat’s urine; the rice and other meals they offered were not fit for animals and we did not touch them even when they were shouting each time they came that whether the food was eaten or not, it must be paid for. I told them that I would not pay and they have brought police to force me to pay but we will not pay.”

Chief Security of the hospital, Fidelis Onuduagu, told newsmen that it was the rule in the hospital that meals offered to patients on admission must be paid for. Other relatives of patients left their sick ones in the wards in solidarity with the Onuchukwus, also registering their dissent over the poor condition of food and other services in the hospital.

Efforts to get the Chief Medical Director of the hospital, Frank Onah, proved abortive as he could only “be seen on appointment”.