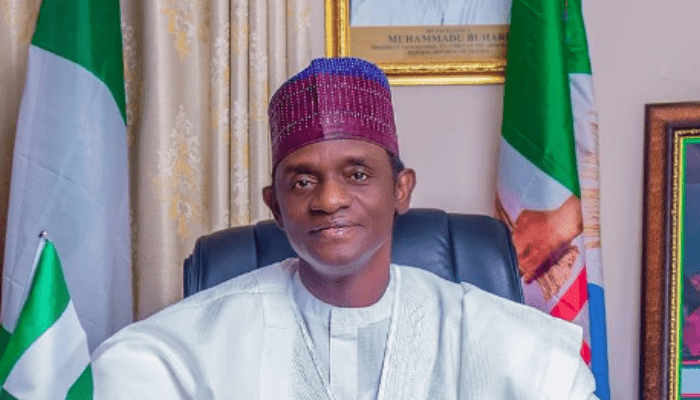 Power is like opium; it intoxicates to no ends. That was why someone said that absolute power corrupts absolutely.

Being on top of affairs of a ruling party in Nigeria gives some people a wrong perception of their rating, even when it is crystal clear that such a party has fallen out of favour with the people.

Geregu Power in talks with AFREXIM unit for equity stake

When Vincent Ogbulafor was the national chairman of the then ruling People’s Democratic Party (PDP), he boasted that the party would rule for the next 60 years. That was in 2008. He was to be swallowed up in a controversial matter, and has not recovered, politically ever since.

A number of other political bigwigs in the party at that time, who parroted Ogbulafor’s line, have since been consigned to the political history of Nigeria, just within a decade.

Why explaining the reason he made the boast, Ogbulafor had in 2016 said: “When I was PDP chairman, there was peace, and I brought in four non-PDP states: Abia, Imo, Sokoto and Bauchi. 28 states were under me; 28 PDP governors and a good number of National Assembly members and that was why I said PDP would be in office for 60 years.”

At the time Ogbulafor made the comment, he was seen more like a star-gazer. He had said: “There was a time it seemed that PDP was going to crumble but you can see that the party is getting stronger now.”

Today, Chairman of Caretaker Extra-Ordinary Convention Planning Committee (CECPC) of the ruling All Progressives Congress (APC), Governor Mai Mala Buni, believes Nigerians have been totally conquered to the point of surrender. Buni said last Tuesday that the APC planned to rule Nigeria for another 32 years.

According to him: “Our vision is to provide a wheel that will drive the party to go beyond 6th, 7th and even 8th term of office to effectively implement the party manifesto, improve the lives of Nigerians and, to remain Nigeria’s leading political party.”

If Buni was a good student of history, he would have known that envisioning a dream is not all that is needed to bring the dream to reality; but a well-laid out plan and efforts (to see the realisation of such a dream).

When Ogbulafor made the statement, he must have seen a party that was huge and like a colossus; its tentacles spread out into all the geo-political zones of the country. The party had the larger number of states, supporters and the money to do whatever it wanted to do.

Deceived by such privileges, the leadership of the party began to toy with the lives of the people and thus, shifted its eyes from the ball.

Things got so bad with the party and the government under the watch of the party, that the result of the 2015 presidential election was even determined before the exercise. Even the staunchest supporter of the party felt it would be a disservice to Nigeria to return the PDP to power.

Despite the series of warnings against electing President Muhammadu Buhari into power, many voters believed there could be nothing more disastrous than what they were experiencing.

Today, Buni and the APC may be counting on the number of states being controlled by the ruling party and the seeming army of supporters, just the way Ogbulafor was deceived. The fact of the matter is that with the current state of affairs in the country, APC may not realise the dream unless it changes the leadership style.

The level of insecurity in the country has made a nonsense of whatever the current administration may claim to have achieved in the last six years.

The most pathetic aspect of it all is that government appears incapable of bringing sanity. It has resigned itself to fate and hoping for a miracle.

Except those in the corridors of power, every Nigerian agrees today that at no point in the history of Nigeria has the country slipped into the level of hopelessness it is currently in, at all fronts.

Abuja is behaving like a helpless mother hen that only shouts and screams each time a predatory hawk carries away one of its chicks.

Those who grew up in the rural areas and witnessed the incessant attacks of hawks on chicks and the helpless reaction of mother hen each time the episode takes place, would understand that the Federal Government as constituted today has proven to be overwhelmed by the magnitude of security challenges in the country.

Buni and the APC should bother about the security and happiness of those who gave them the mandate they are exercising rather than thinking about a 6th, 7th or 8th mandate.

A country that loses citizens on a daily basis to the activities of terrorists and bandits, and refuses to deploy its full might against such activities is not deserving of a fresh mandate.

A country where the President does not deem it necessary to address the citizens on the plan of his administration to rein in the monsters, but chooses to send his aides to talk, is not a true representative of a party that means to stay beyond the current tenure.

Although Governor Buni expressed his fundamental right as enshrined in the Constitution, his prediction may not synchronise with the thinking of many Nigerians who feel hard-done-by by the current government.

In the estimation of many Nigerians, additional four years under the current government could be like dwelling in the abyss, no thanks to the high unemployment rate, raging inflation, high poverty rate, killings and total disorder in society.

Observers say it is not for Buni to determine how long his party can hold on to power, but that such choice should be left for Nigerians to make.

An analyst, who spoke to BusinessDay Sunday on condition of anonymity, said: “Governor Mai Mala Buni must have boasted because of the way elections are conducted in the country these days. We can say that there are no more elections in Nigeria as it is now. The party in power has foisted an unfortunate strategy of hijacking power by chasing away voters and burning ballot boxes in opponents’ strongholds.

“The governor may have looked at all these and told himself there is no way anybody can dislodge his party. But it is an illusion, I must say. We saw the same grandstanding in the days of PDP. At the time Vincent Ogbulafor made a similar comment, the PDP had a penchant for winning every election it conducted. . Tony Anenih, who was nicknamed ‘Mr. Fix It’, was handy to fix every election for the party.”

The analyst noted that despite all that the PDP did, it could not manipulate its way into power beyond 2015, adding that charms, no matter how potent, can still lose their potency.

“I want to remind politicians, not just Governor Buni, that delight in bragging about as if they have the future in their hands; that tomorrow belongs to God. Those that depend on other exterior powers always find out that they are disappointed when they least expected it.

“What I expected from Buni and the entire leadership of the APC is to sit down and appraise their leadership style and ask themselves simple questions: why are Nigerians crying? Are there things we are not doing right? But to continue to assume all is well and that Nigerians are just crying wolf where there is none, is pure self-deceit. And to begin to say openly that you will rule for 32 years under the excruciating pain in the land, is a serious insult on the sensibility of Nigerians,” he said.