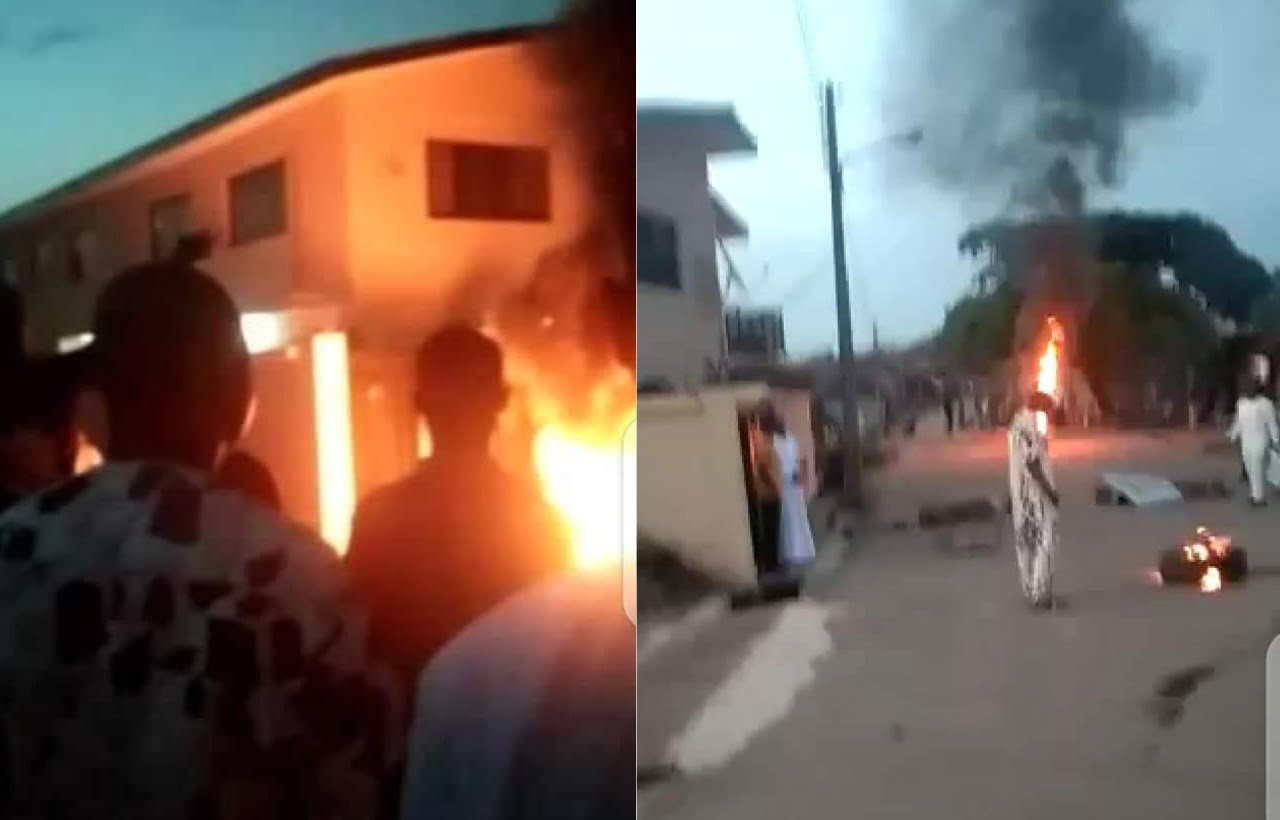 Some aggrieved members of the All Progressives Congress (APC) Monday evening set bonfires in front of the Ilobu, Irepodun local government country home of the former Secretary to the Osun State Government and Chairman of APC Elders Council (Igbimo Agba), Engr. Sola Akinwumi.

The protesters, mostly youths who stormed the house of the Igbimo Agba Chairman were protesting the removal of Ademola Adeshina who was penciled down for the position of Secretary from the list of caretaker committee nominees by Engr. Adewumi.

The protesting APC members who set the bonfires at the gate to the house demanded that the Chairman of the APC Elders Council re-include the name of Adesina in the list of the caretaker committee nominees.

DAILY POST gathered that the information about the removal of Adesina was brought to his notice by a member of the Osun State Executive Council who is familiar with the development.

The youths also appealed to the state governor, Adegboyega Oyetola in the interest of peace and progress of the party in the state, to ensure that the name of Ademola Adeshina gets back to the list as Secretary, caretaker committee member of their local government area.

Adesina had been announced on Thursday along with the caretaker committee chairman, Barrister Adegoke Ogunsola and other members.